Fr. Reyes on clear bag policy uproar: We have no say on police decisions on Basilica’s security 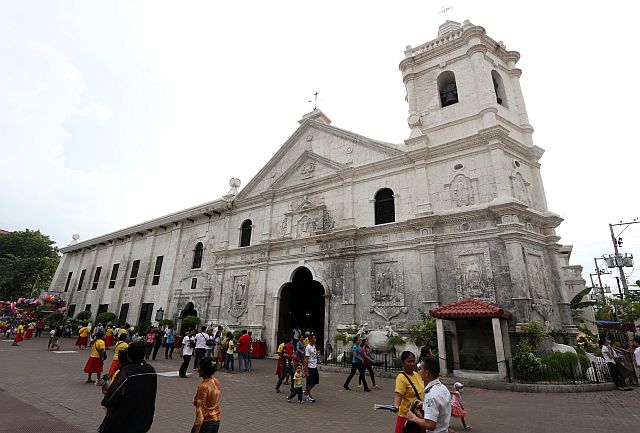 CEBU CITY, Philippines — The priests of the Basilica Minore del Santo Niño said that they had no say on the clear bag policy of the Cebu City Police Office (CCPO)

Fr. Ric Anthony Reyes, OSA, spokesperson of the Basilica, said that they had not formally discussed the matter with the CCPO, although they already expected a no backpack policy, which was first implemented in 2019.

Only clear tote bags with a size of 12 inches by 6 inches, small clutch bags not exceeding 6 inches by 5 inches, and clear storage bags up to 1 gallon capacity.

CCPO officer-in-charge, Police Colonel Engelbert Soriano, already said that the clear bag policy would be upheld for the utmost safety of the devotees.

Reyes said that the Basilica would only follow the security measures put up by the CCPO for the safety of the devotee during the nine day Novena Masses until the actual feast day of the Señor Santo Niño on January 19, 2020.

“Gasunod ra mis ilang security detailing kay sila man kahibalo sa level sa security karon. (We are only following the security detailing set by CCPO because they know the current level of security),” said Reyes in a statement sent to media on January 4, 2020.

Despite complaints of the prohibitions being “ridiculous” and “too much” from devotees, Reyes still encouraged them to simply follow the police’s mandate as this would be for their safety.

(As of my knowledge, we have not formally discussed with the PNP. Tell our devotees to follow because the Basilica has no say on the PNP’s decision on security.)/dbs