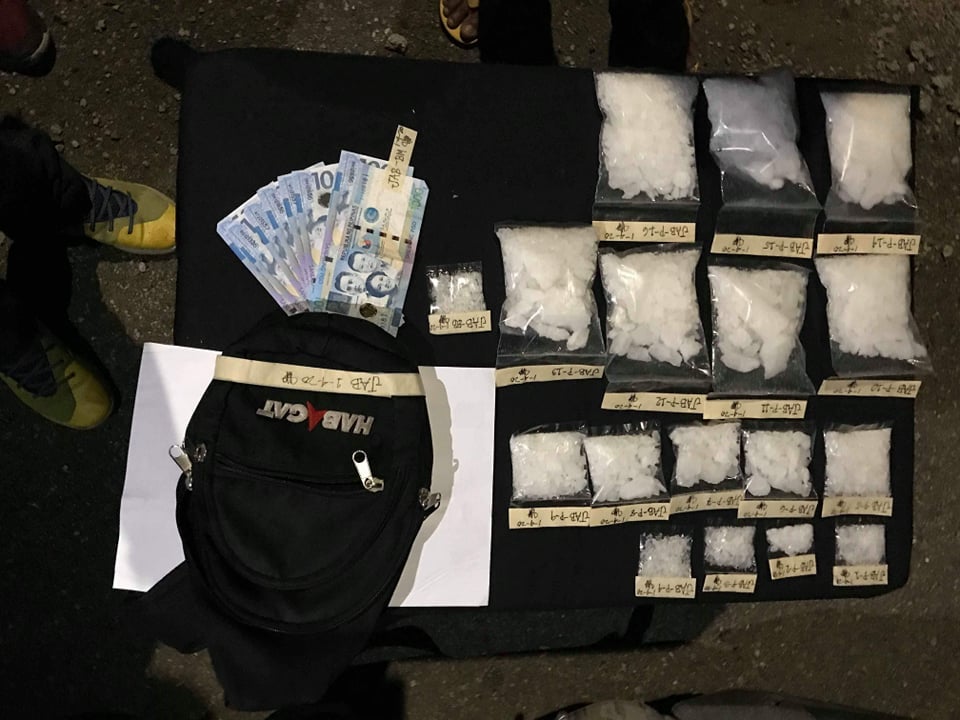 CEBU CITY, Philippines — A total of P6.3 million worth of suspected shabu was confiscated in three separate anti-illegal drug operations in Cebu City on January 4, 2020.

The Barangay Mambaling, Cebu City, buy-bust operation along the South Road Properties (SRP) yielded the biggest drug haul for the day with P5.7 million worth of suspected shabu and the arrest of a regional high value target.

Balolong was caught with 850 grams of suspected shabu.

Caballes said Balolong was on their regional list of high value targets and he could dispose at least one to two kilos of suspected shabu in a week in Cebu.

He also said that they placed Balolong under surveillance for a week after they received reports about his alleged illegal activities before they conducted the buy-bust operation against him.

Caballes also said they were investigating if Caballes was a member of a bigger drug group and they were also trying to find out who his supplier was.

Marquez said that Paloma and Irene Cabornay were a nephew and niece respectively of a drug suspect, who was arrested with P13.8 million worth of suspected shabu during a January 3, 2020 buy-bust operation in the barangay.

Paloma was allegedly the target of that operation but he managed to escape then.

Marquez said that Paloma was also in the list of the regional high value targets and he was believed to dispose from 200 grams to 300 grams of shabu in a week.

Next to fall was Rodel Panuncialman, 19, in a followup operation along R. Duterte Street, Barangay Guadalupe, Cebu City.

Panuncialman was caught with 50 grams of suspected shabu, which has an estimated DDB value of P340,000.