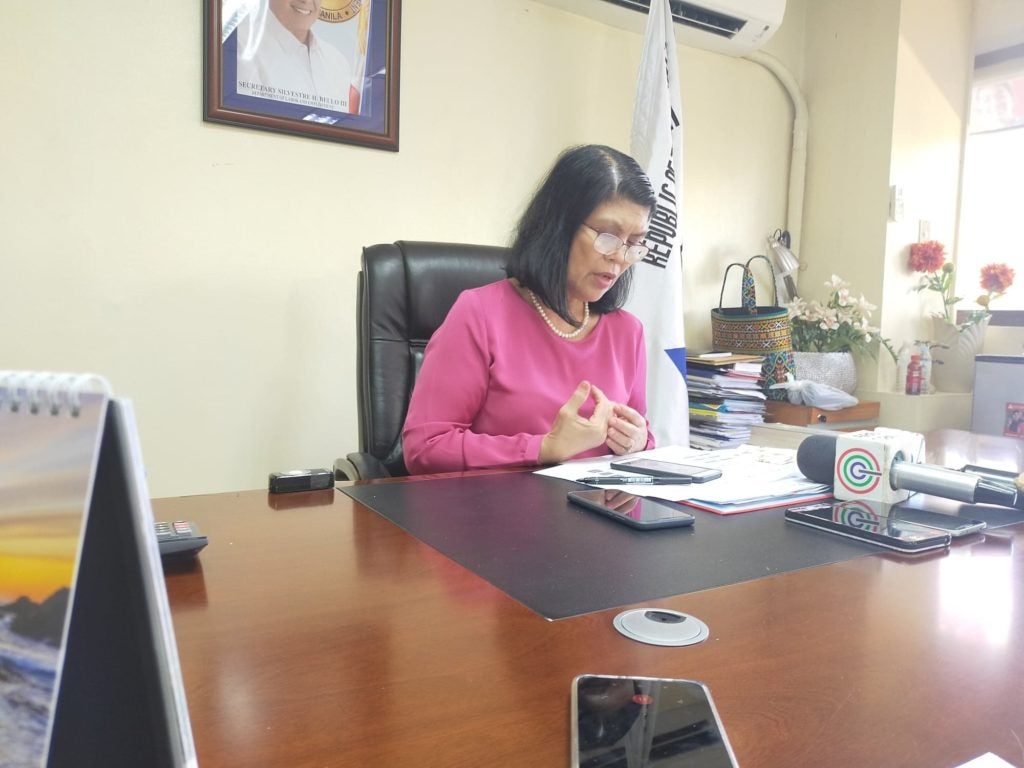 Salome Siaton, regional director of the Department of Labor and Employment in Central Visayas, says the reclassification was reached through a collegial decision. | Irene R. Sino Cruz

CEBU CITY — The Bohol Regional Trial Court has ordered that a status quo on the minimum wage be maintained pending resolution of the petition of two business groups opposing the reclassification of Tagbilaran City.

Salome Siaton, regional director of the Department of Labor and Employment in Central Visayas, made this clarification, saying that Bohol RTC Branch 48 Judge Jorge Cabalit directed DOLE and the Regional Tripartite Wage and Productivity Board in Central Visayas to maintain status quo.

The regional director said the parties concerned still have to submit their judicial affidavits before the court could decide on the petition.

The status quo order was issued by Judge Cabalit following the filing of a petition by the Bohol Chamber of Commerce and Industry Inc. and the Bohol Association of Hotels and Resorts Inc.

The two business groups, in their petition, questioned the reclassification of Tagbilaran City from Class C to Class B.

Siaton explained that based on the minutes of the public hearing held in Tagbilaran City, the matter of reclassification was raised by a worker.

This was also raised during another hearing held in Dumaguete City.

The reclassification of areas was among those considered during the deliberations by the wage board before the issuance of Wage Order 22 last December, she recalled.

The DOLE-7 regional director added that the reclassification was a collegial decision following deliberation on the matter.

“We are coordinating with our top management, especially the National Wages and Productivity Commission on this matter. And the lawyers there are working on this in coordination with us,” Siaton.

WATCH: Salome Siaton, the regional director of the Department of Labor and Employment in Central Visayas (DOLE-7), speaks regarding the status quo order from a Bohol Regional Trial Court pending the resolution of a petition from business groups questioning the reclassification of Tagbilaran City from Class C to Class B. | Irene R. Sino Cruz #CDNDigital

In an earlier statement, Siaton explained that the minimum wage increase in the region was the result of the periodic and continuous review by the wage board of the socio- economic conditions in Central Visayas.

They also considered the issues raised during the public hearings and the position papers submitted by concerned parties.

“The reclassification of wage structure is in line with the thrust of the board to rationalize the wage structure in the region. Of course, we did it after taking into account all the recommendations of stakeholders present during the public hearings and consultations conducted,” she had pointed out.

The existing three sectoral classifications under the previous wage order, have now been simplified into two categories – non-agriculture and agriculture and establishments employing less than ten (10) workers.

The previous four geographic classifications of wages have also been reduced from four to three – Classes A, B, and C.

Workers in the non-agricultural sector falling under Class A cities and municipalities or the Expanded Metro Cebu Area (Cities of Carcar, Cebu, Danao, Lapulapu, Mandaue, Talisay, Naga and the Municipalities of Compostela, Consolacion, Cordova, Liloan, Minglanilla, and San Fernando), will now be paid P404.00 daily minimum wage after getting an P18.00 increase from the previous P386.00 daily rate.

Class B or other Cities not covered under Class A are Bais, Bayawan, Canlaon, Dumaguete, Guihulngan, and Tanjay in Negros Oriental; Bogo and Toledo in Cebu and Tagbilaran in Bohol. Workers in said areas are to be paid P366.00 daily with an increase from their previous daily minimum wage rate of around P18.00 to P28.00.

For workers in other municipalities not covered Under Class A, now called Class C, should now receive not less than P356 per day with an increase that ranged from P8 to P33.

The agricultural workers and those working for establishments employing less than ten employees under Class A areas must be paid P394.00 per day. On the other hand, workers located in Class B areas should receive P361 while those under Class C, will have to be paid P351 daily./rcg