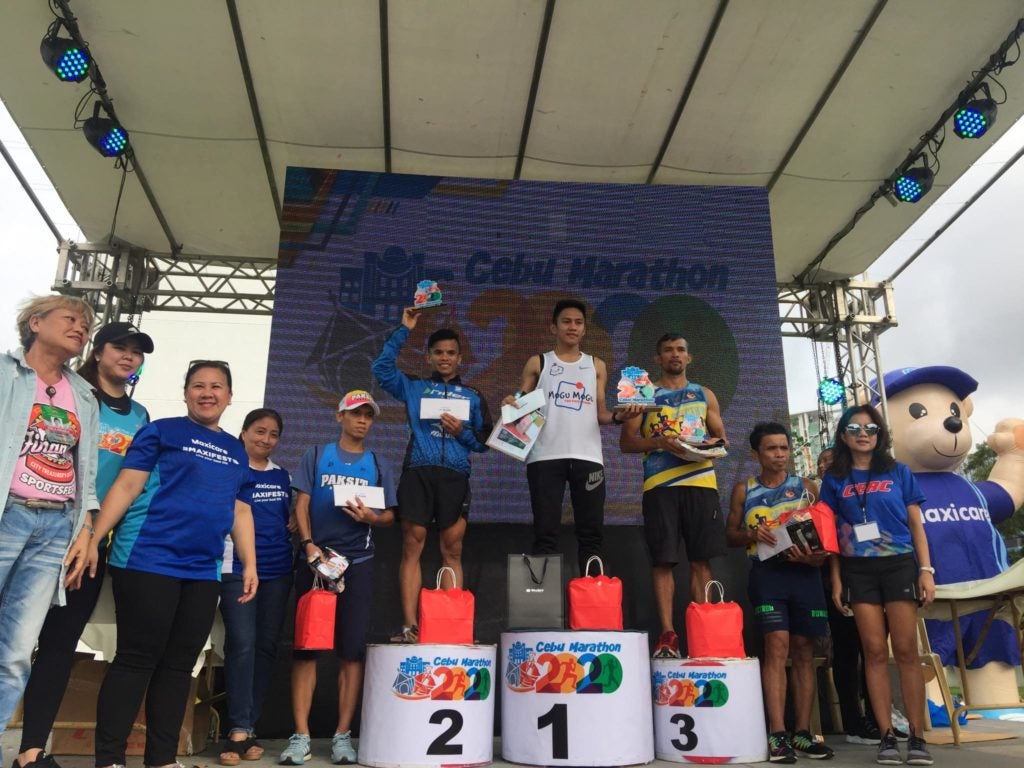 These are the top 5 men’s finishers of the Cebu City Marathon. | Mars G. Alison

Pagay crossed the finish line with a time of two hours, 53 minutes and 45 seconds (2:53:45) to finally clinch the 42-kilometer title after several attempts.

(I’m very happy. I have always made it to the podium but only in fourth place. I was really expecting that I would get this because we really prepared for this. This is also part of our training for Milo.)

Sorongon, who bagged her second straight 42K title, earlier told CDN Digital that her new year’s resolution is to wake up early so she could get to train and not get lazy.

She defended her title after clocking 3:25:34. The 28-year-old Sorongon said that she hadn’t taken the lead at the start.

She was about 200 meters behind the lead pack but she started closing in and finally broke away to take the lead after 20 kilometers and from there did not look back.

Sorongon said she liked that the race had returned to the South Road Properties (SRP), but she did not like going through the tunnels because the atmosphere was very humid.

Placing second to Pagay was his close friend Joseph Arnel Emia of Cebu City Omega Pro who clocked 2:54:54. Rounding up the top 3 was Michael Largo who finished with a time of 3:05:57. 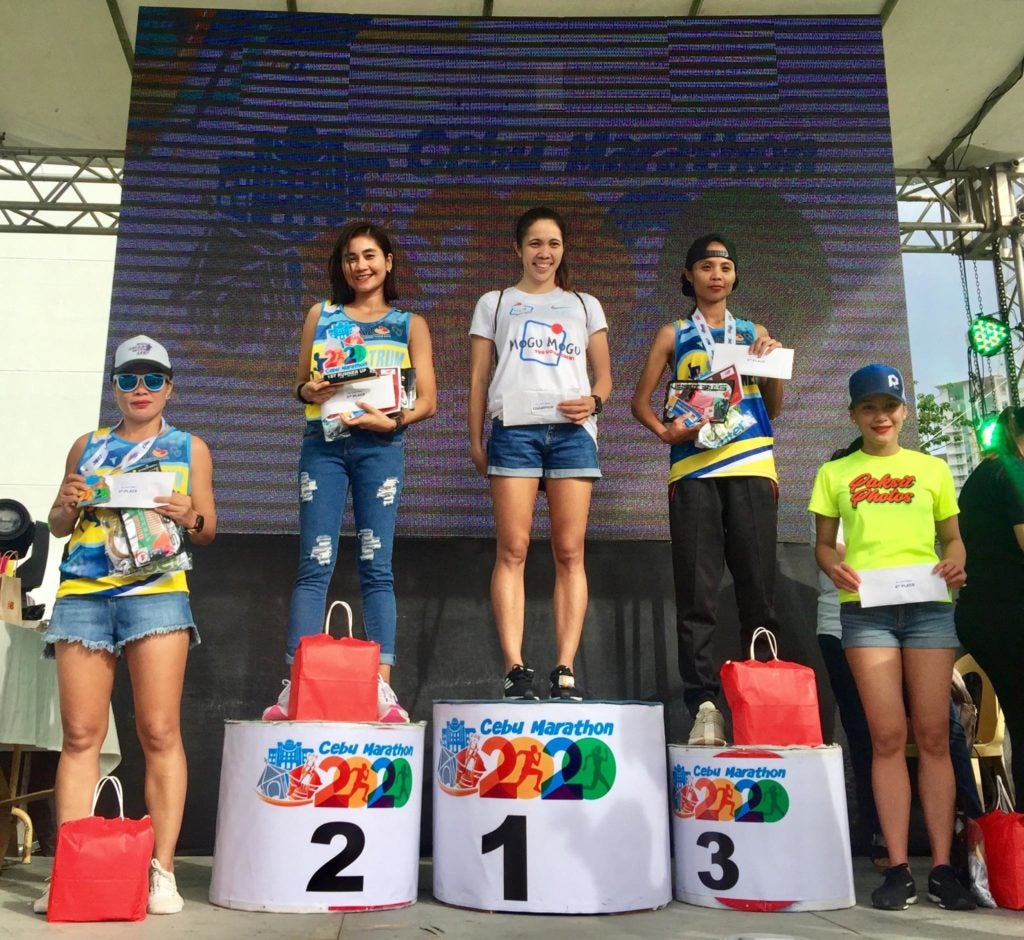 These are the top 5 women finishers of the Cebu City Marathon. | Mars G. Alison

In the distaff side, Sorongon was trailed by Evamie Villarin who was at far second with her time of 3:34:00 while salvaging third place was Lizzne Abella who clocked 3:41:42.

Reigning in the 5K were Alfrence Braza and one of the top young triathletes in Cebu, Mariel Estreba. Braza clocked 16:36 while Estreba had a time of 19:50.

Second and third places in the men’s division were Florencio Lapiz (16:49) and Jaymar Magdaleno (17:07), respectively.

Completing the top 3 in the distaff side were Asia Paraase in second with her time of 20:35 while Moira Frances Erediano, another of Cebu’s top young triathletes, finished third with a time of 20:56./dbs

Read Next
Nets’ Irving could return from shoulder injury vs Hawks