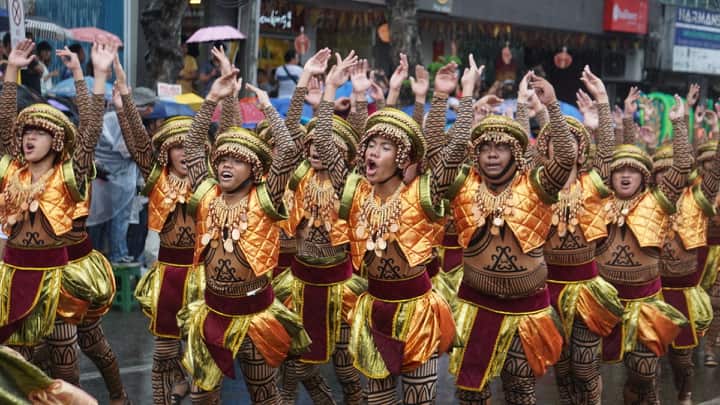 The Barangay Basak San Nicolas contingent to the Sinulog Tribu Kabataan 2020 wins in all four categories of the competition. |CDND Photo/Gerard Vincent Francisco

CEBU CITY, Philippines — There were at least 11,000 spectators who flocked on the streets and sidewalks of Osmeña Boulevard on Sunday afternoon, January 12, 2020, to witness the street dance performance of the contingents of the Sinulog sa Tribu Kabataan 2020.

The number did not decrease despite the rain that grew heavier, with many bringing along umbrellas just so they could continue to watch the performances of their favorite contingent in the dance parade that involved participants from Cebu City’s barangays.

Police Master Sergeant Lucia Diaz, commander for the security of the activity, said they expected the crowd to decrease when the rain started but to their surprise, the crowd even increased, most of whom came with umbrellas or wore raincoats. 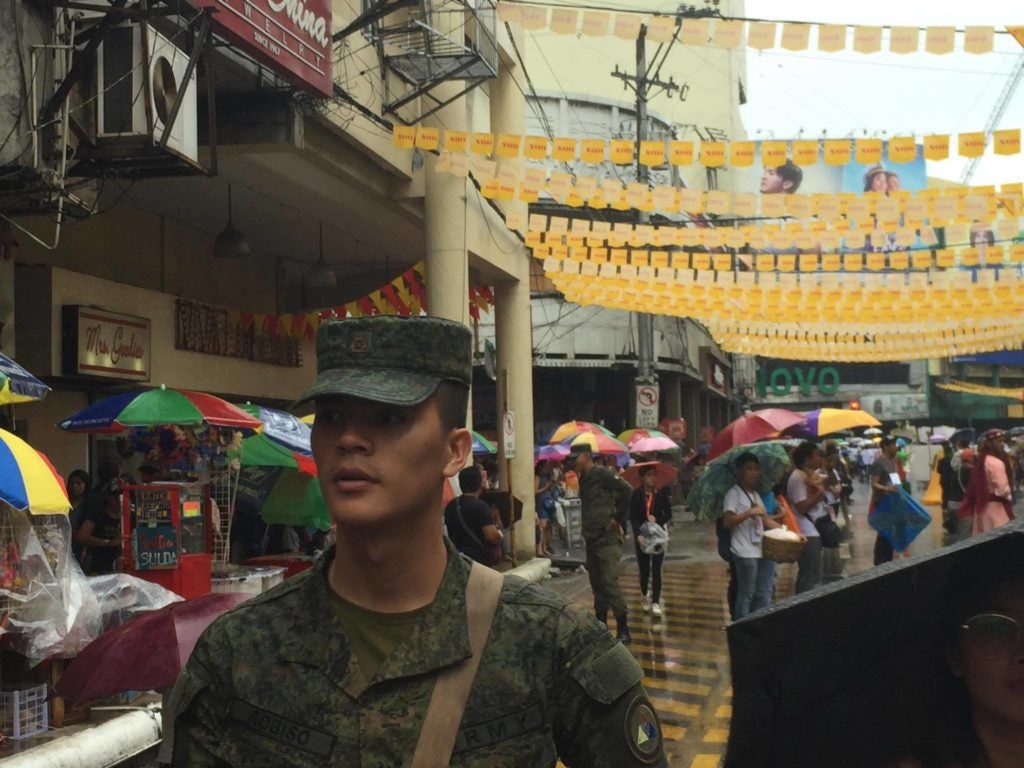 A policeman keeps a watchful eye on spectators who still come in droves to watch the Sinulog Tribu Kabataan dance parade along Osmeña Blvd. in Cebu City on Jan. 12, 2020 despite the heavy rain. |CDND Photo/ Immae Lachica

Diaz said that although the crowd in the Sinulog Tribu Kabataan was larger than the Sinulog sa Kabataan sa Lalawigan dance parade held a day earlier on Saturday, January 11, they did not encounter any major problemsor any untoward incident for the duration of the street dance.

She said there were only minor inconveniences, such as spectators crossing the streets without notifying the policemen securing the parade route,  which caused minor delay in the performances of the contingents.

But Diaz said it was immediately solved by the volunteer-partners of the police who quickly guided the spectators in crossing the streets.

The same could be said during the ritual showdown at the Cebu City Sports Center (CCSC), which was attended by at least 13,000 individuals.

Diaz said they did not receive any report about petty crimes while the event was ongoing and even after.

As there will be more activities related to the Sinulog Festival 2020 in the coming days, Diaz said they hoped it would continue to remain peaceful.

She said if the public would continue to cooperate with the inspections and follow the rules, they won’t be facing any problem at all.

The Sinulog Festival, which is hosted by the Cebu city government, was officially launched by Mayor Edgardo Labella on January 10. It will culminate in a grand parade on January 19 that is expected to draw thousands of people into the streets of the city./elb