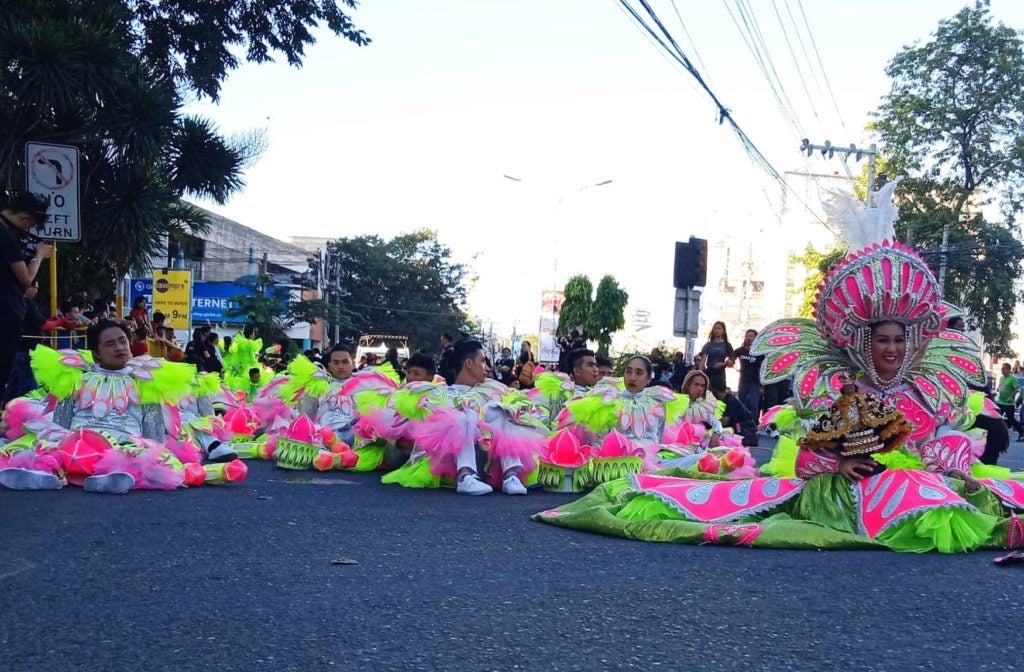 The Bailes de Luces dancers from La Castellana town in Negros Occidental remains hopeful that their performance will capture the hearts of the judges and the Cebuano spectators. CDN Digital photo | Rosalie Abatayo

CEBU CITY,  Philippines — What do we get when we combine baile (dance), lights, and Sinulog steps?

“We are hoping for the win because this is the first time that Sinulog will be merging with Bailes de Luces and we will be dancing with lights,” Nicor-Mangilimutan told CDN Digital.

The mayor said they had only 13 days to prepare for their Grand Sinulog performance.

Watch an interview with the mayor here:

But the Bailes de Luces dancers from La Castellana town in Negros Occidental remain hopeful that their performance will capture the hearts of the judges and the Cebuano spectators.

“We only had 13 days to prepare because Bailes de Luces was celebrated last January 5. So after the dance showdown, we prepared for the merging of the Sinulog concept to the Bailes de Luces,” said Nicor-Mangilimutan.

Bailes de Luces is the founding anniversary festivity of La Castellana celebrated from every December 30 to January 5.

The mayor said that aside from their first time in merging Sinulog and baile, this is also the first time that their dancers are dancing to the live beats of the drums.

“Usually, may prepared music kami kasi baile is a Latin dance,” she added.

Nicor-Mangilimutan said they joined this year’s Sinulog after they were invited by Sinulog Foundation former executive director Ricky Ballesteros when they won in the Huang Ju Dance Festival in South Korea last year. /bmjo