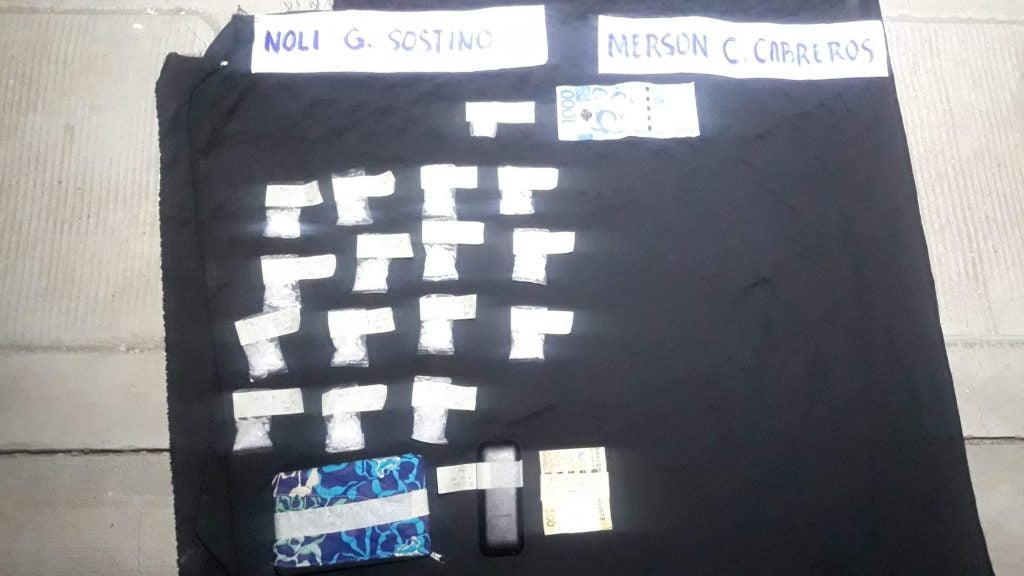 These are part of the nearly P500,000 worth of suspected shabu confiscated during three separate buy-bust operations in Lapu-Lapu City on January 24 and 25. | Norman V. Mendoza

LAPU-LAPU City, Philippines — Six suspected drug dealers were arrested and nearly half a million pesos worth of suspected shabu were confiscated in three separate operations in two days by Lapu-Lapu City policemen.

The latest to fall was Sheldon Jarabe, 28, of Sitio Kawot in Barangay Mactan.

Police Major Narcisco Abapo, Mactan Police Station chief, said that they arrested Jarabe during a buy-bust operation at past 10 a.m. in the barangay.

Jarabe was caught with suspected shabu worth at least P7,000.

On Friday, January 24, 2020, at past 11 p.m., police handcuffed Merson Cebreros, a security guard, and his cohort, Noli Sostino, a construction worker, after they were caught with P447,440 worth of suspected shabu in a buy-bust operation at a subdivision in Sitio Ibabao, Barangay Agus, Lapu-Lapu City.

They were caught with suspected shabu worth P10,744./dbs