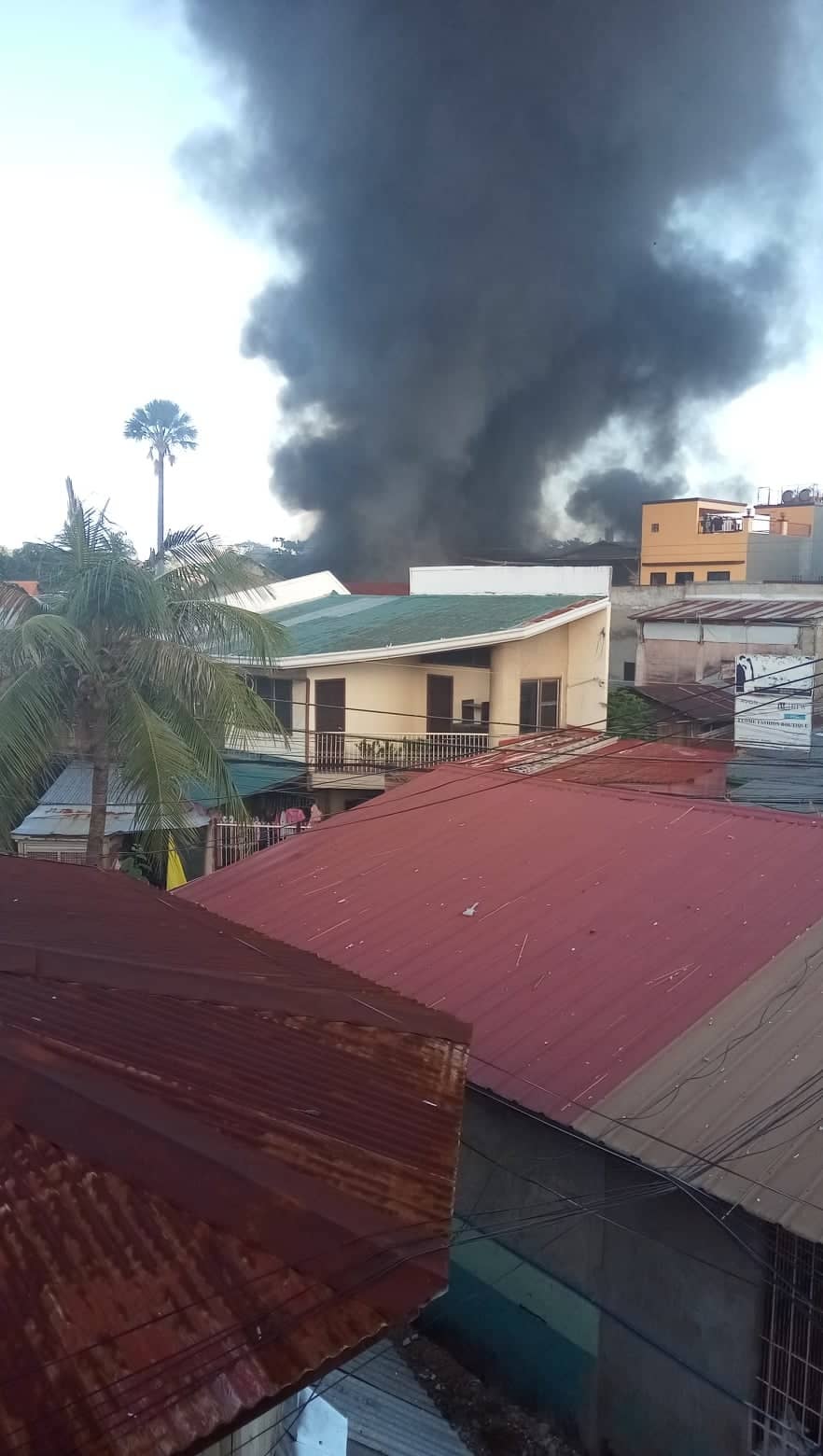 Black smoke is seen rising at the fire site in Sitio Panagdait, Barangay Kasambagan, Cebu City which is hit by fire at past 3 p.m. on Sunday, January 26, 2020. | Photo courtesy of Hendrix Lato

CEBU CITY, Philippines — A man has been confirmed to have died in an afternoon fire in Barangay Kasambagan that is being investigated as a possible arson by fire investigators.

Arceo said the damage to property was placed at P500,000.

He also said the man’s body was found in one of the burned houses and had yet to be retrieved.

Fire investigators were investigating the cause of the fire as a possible arson after they received a report that a suspected drug user allegedly started the fire.

However, he said that they were still investigating and verifying reports athat the suspected drug user allegedly placed a butane canister on a hanger and then lit it inside his house.

This was allegedly what started the afternoon fire.

Firefighters in Cebu City received the alarm at 3:15 p.m. Three minutes later, it was raised to second alarm.

All firetrucks from all substations in Cebu City were then called to help put out the fire at 3:29 p.m./dbs