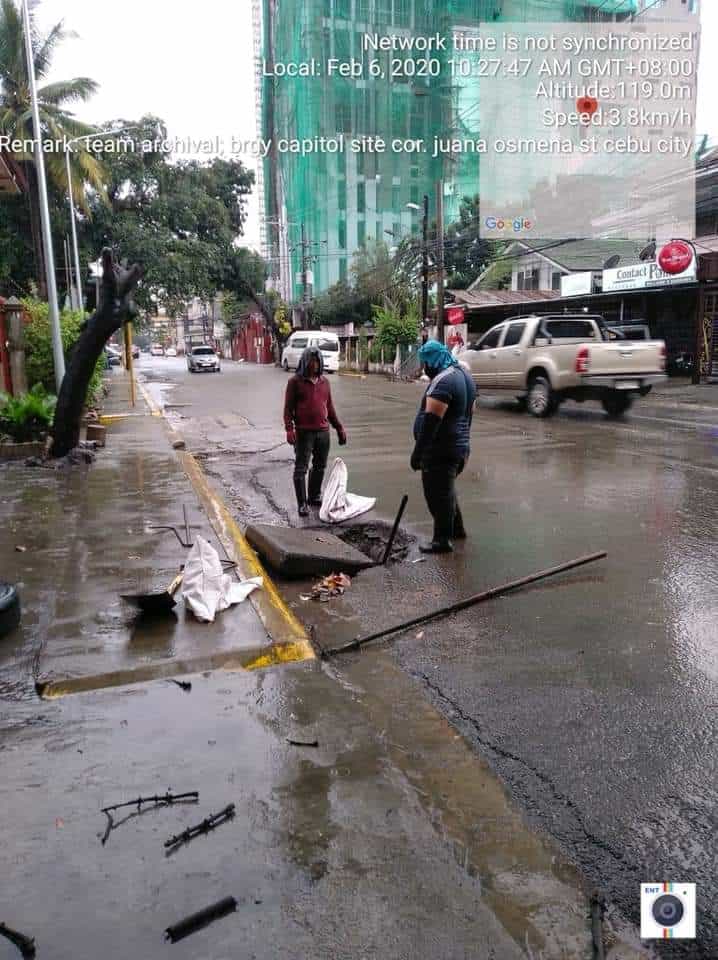 Personnel from the Department of Engineering and Public Works declog a drainage filled with trash. |Contributed photo by DEPW

CEBU CITY, Philippines — The community should be the forefront in cleaning their drainage systems.

This was the statement of Engineer Kenneth Carmelita Enriquez, the head of the Cebu City Department of Engineering and Public Works (DEPW), as flooding once again becomes the topmost problem of downtown Cebu City this rainy season.

The DEPW has continuously declogged the major drainages in the city especially among main thoroughfares and the frequently-flooded areas such as Tagunol Street and Colon Street.

The declogging service of DEPW can only do so much, she says, and the community must “pick up the shovel and start digging” as well.

Drainages of any type would always accumulate silt and debris over time and will need regular desilting, which can be done by households through shoveling the silt.

The DEPW urged the public to avoid throwing trash into the waterways because this is the major blockage for water and cannot be easily removed.

Some rivers already accumulated so much garbage, they form islands in the middle of the river, all of these from the garbage thrown into drainages.

(We hope the community can help us that during the time of floods, or before the rainy season, they should clean their canals.)

She added this would help the DEPW focus on more frequently flooded areas that need more work to solve their flooding problem. /rcg