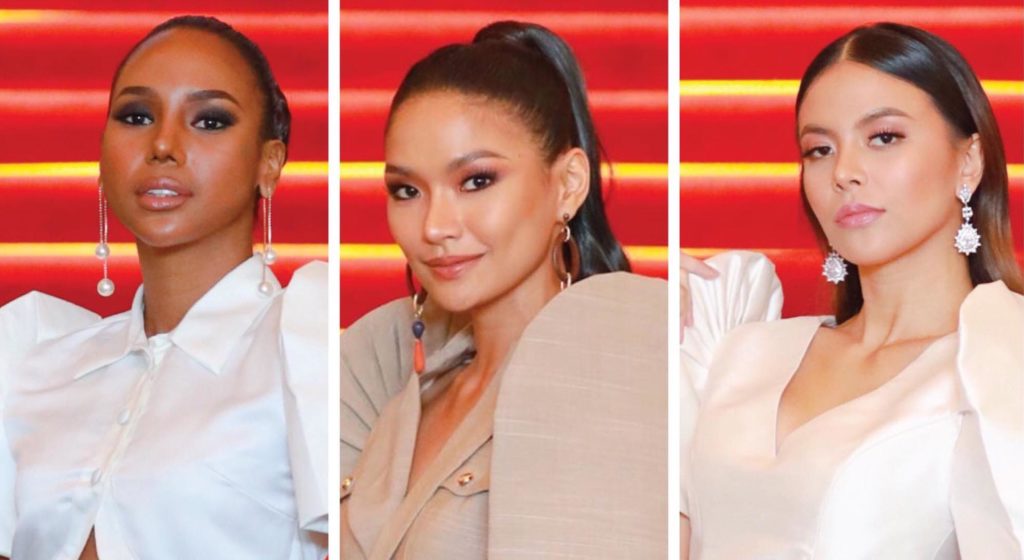 Cebu City, Philippines—Cebu is always considered as a pageant powerhouse in the country.

This year, three ladies from Cebu are dreaming to become the country’s next representative in the biggest pageant in the universe.

Cebuana beauty queens Apriel Smith, Lou Dominique Piczon, and Tracy Maureen Perez officially started their mission after they were named as three of the 52 official candidates for the first-ever Miss Universe Philippines 2020 during the red carpet held at the Manila Hotel last February 14, 2020.

What makes it more exciting is that these three Cebuanas belong to Aces and Queens, the camp that produced big titleholders like Miss Universe 2015 Pia Wurtzbach, Miss World 2013 Megan Young, and Miss International 2016 Kylie Versoza.

This is the first edition of Miss Universe Philippines that is no longer part of the Binibining Pilipinas franchise.

Get to know more about Smith, Piczon, and Perez before the grand coronation night is slated on May 3, 2020, at the SM Mall of Asia. 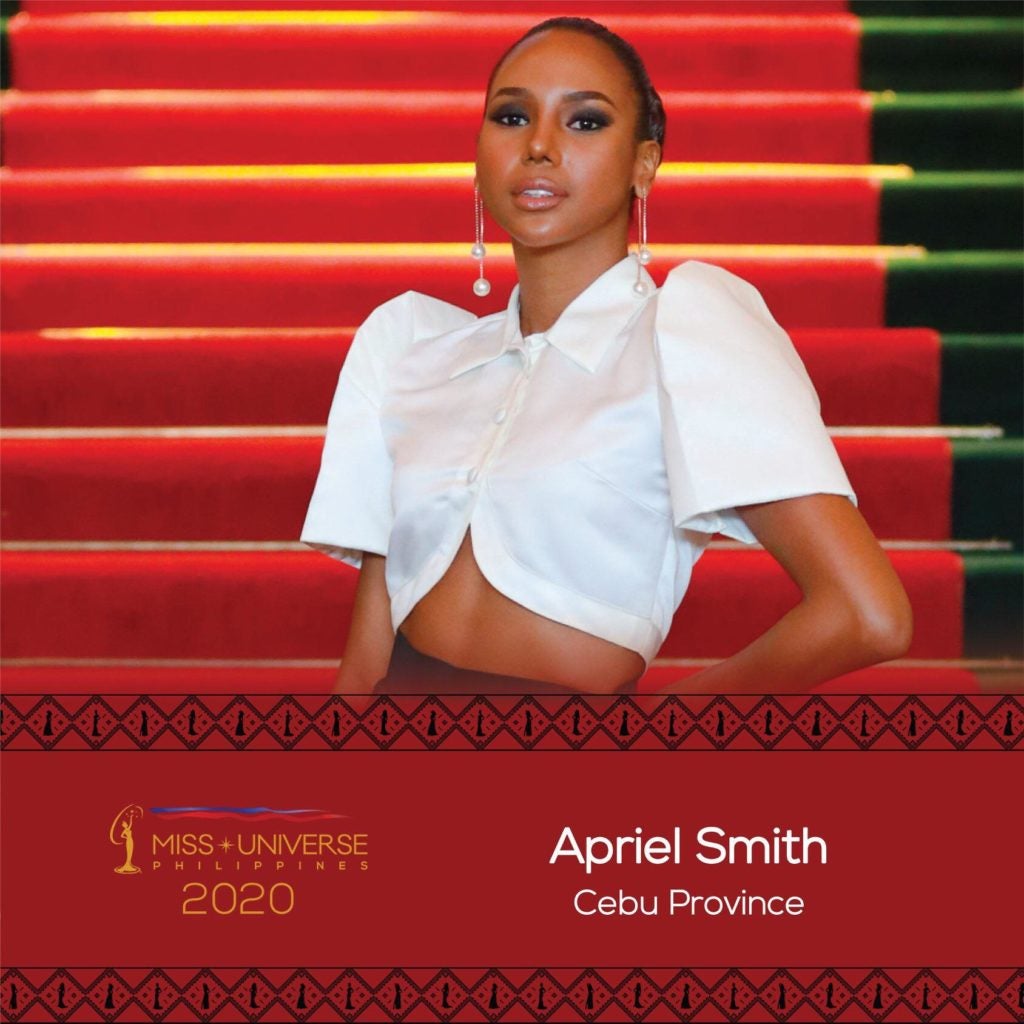 Pageant fans have been waiting for her major comeback and this year she is wearing the sash for Cebu Province.

This is not her first national pageant. In 2016, she joined Binibining Pilipinas along with Binibining Cebu Charity 2017 Maria Gigante.

“Honestly, it is not easy but with the help of people trusting me and my capabilities, I did not imagine their support will carry me back to the national pageant. I am so happy and excited that I am back (national pageant),” she said.

The 23-year-old professional model and beauty queen admitted that there is pressure for Cebuanas joining this year after Ganados’ victory in 2019.

“The bar was set higher than expected. I am very inspired by Gazini’s performance throughout her journey because I know it was not that easy to carry all the pressure in Miss Universe 2019. I am so proud of her. She is not just an ordinary Cebuana but also a friend,” she added.

The 24-year-old Cebuana beauty queen has been dubbed as the “Black Barbie ng Cebu” by her manager Danny Booc of Ozar Models Philippines.

She started modeling and pageantry at the age of 12.

Will Smith’s pageant experiences are the key to be the country Miss Universe Philippines 2020? 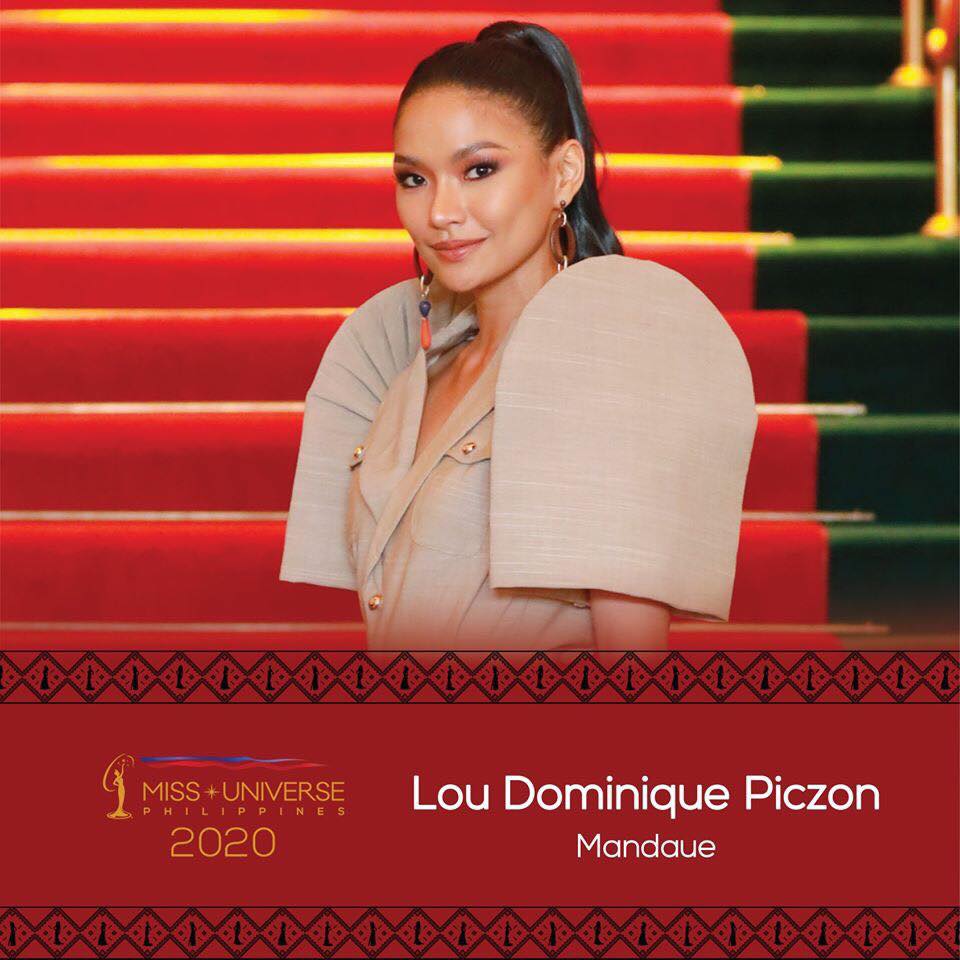 Lou Dominique Piczon made history in 2018 when she was crowned as the Binibining Cebu Heritage 2018.

The 24-year-old beauty queen and account executive still feel surreal for being part of the official roster for Miss Universe Philippines 2020.

“The days felt longer just waiting for the results and when it came, I had no words. I just could not contain myself. Even more when we were sashed during press presentation. I had to stop and contemplate what this is all here and happening already. But I still believe my family was even more excited than I am,” she said.

Piczon admitted that there is pressure but not entirely because of Ganados.

“It (pressure) is more on meeting people’s expectations of me and not disappointing them. I honestly do not want to disappoint myself as well this being my childhood dream,” she added.

Just like Smith, Piczon is also under the wing of Cebuano handler Booc.

Piczon has pageant experiences in Cebu before wearing the sash for Mandaue City in Miss Universe Philippines 2020. 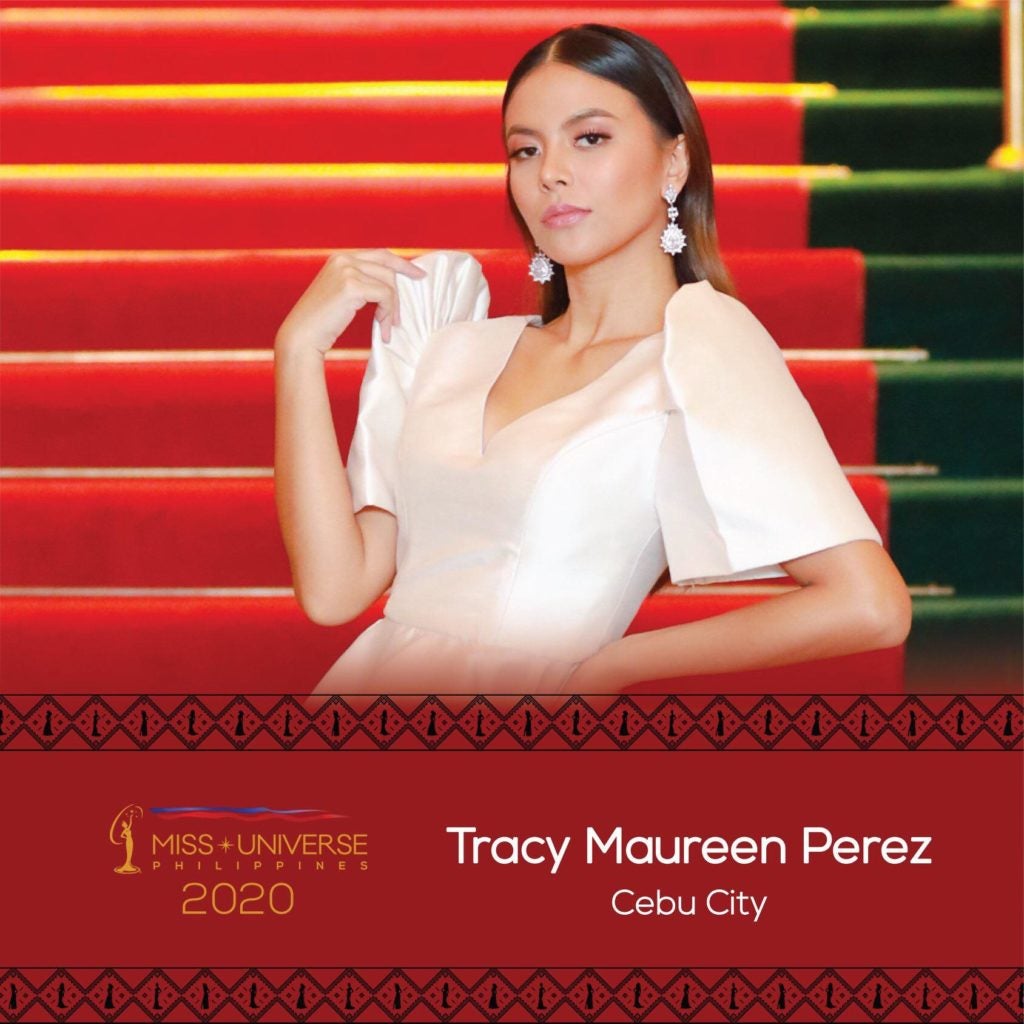 This lady surprised everyone when she appeared during the last day of application for Miss Universe Philippines 2020.

This is a pageant crossover for Perez, who finished Top 12 in Miss World Philippines 2019.

She is currently representing Cebu City in Miss Universe Philippines 2020.

This Cebuana beauty queen has earned crowns in Cebu before joining national pageants.