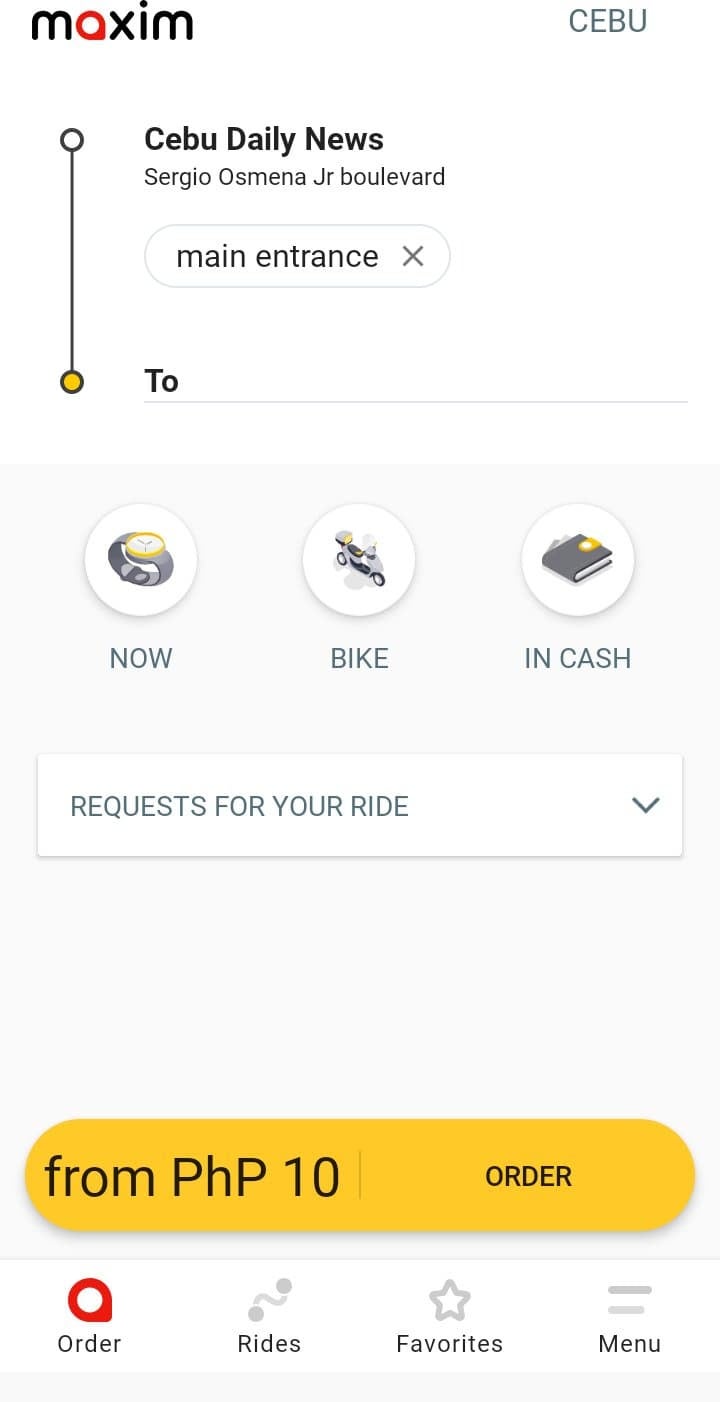 The user interface of the Maxim app. The LTFRB-7 says the app is not authorized by their office to function as a ride hailing services provider.

CEBU CITY, Philippines — Another motorcycle ride hailing has started to operate in Cebu without clearance from the Land Transportation Franchising and Regulatory Board in Central Visayas (LTFRB-7).

The Maxim application, which is downloadable from Google Play and App Store, tags itself as a “taxi booking services” in its app description.

But instead of taxi, the downloaded app offers for a motorcycle ride with a flat down rate of P10.

The app’s passenger car-hailing feature is tagged as coming soon with a tentative base fare of P39.

According to its profile, Maxim is operating in at least four areas in the country: Cebu City in Cebu, Baguio City in Benguet, Iloilo City in Iloilo and Bacolod City in Negros Occidental.

Ret. Colonel Eduardo Montealto Jr., regional director of  LTFRB-7, said the ride hailing app is colorum, or not accredited by their office.

Montealto said for motorcycle taxis, only Angkas, JoyRide and MoveIt have the authority to operate here.

Since January 2020, Montealto said they had already apprehended 20 vehicles using illegal ride hailing app. Of which, 16 were using InDriver while 4 were using the Maxim Taxi app. 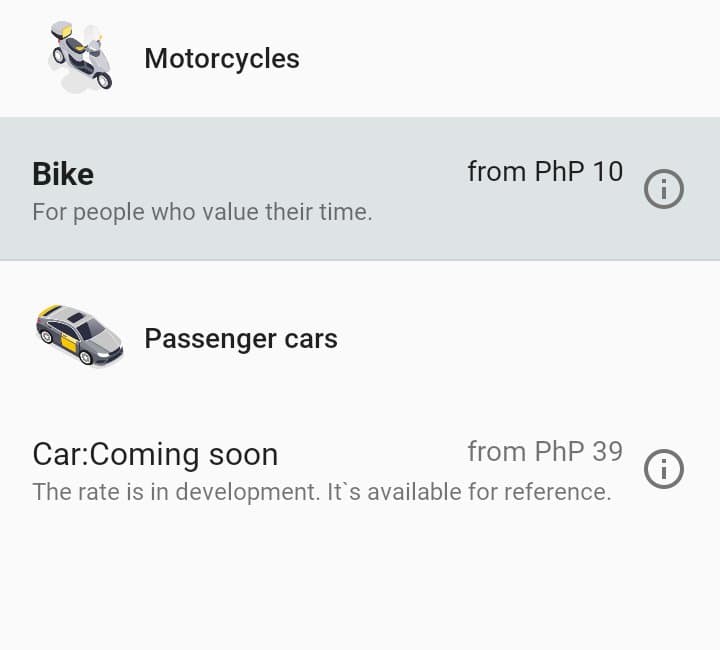 Montealto said vans or pick-up vehicles found to be illegally operating as a TNVS would be impounded and fined P200,000 while sedans used as an unauthorized TNVS would be fined P120,000.

Motorcycles that would be apprehended, Montealto added, would be impounded for three months and fined P6,000./dbs

Read Next
Pagcor to raise financial assistance to Cebu City