Alumnos gym to be turned into evacuation center 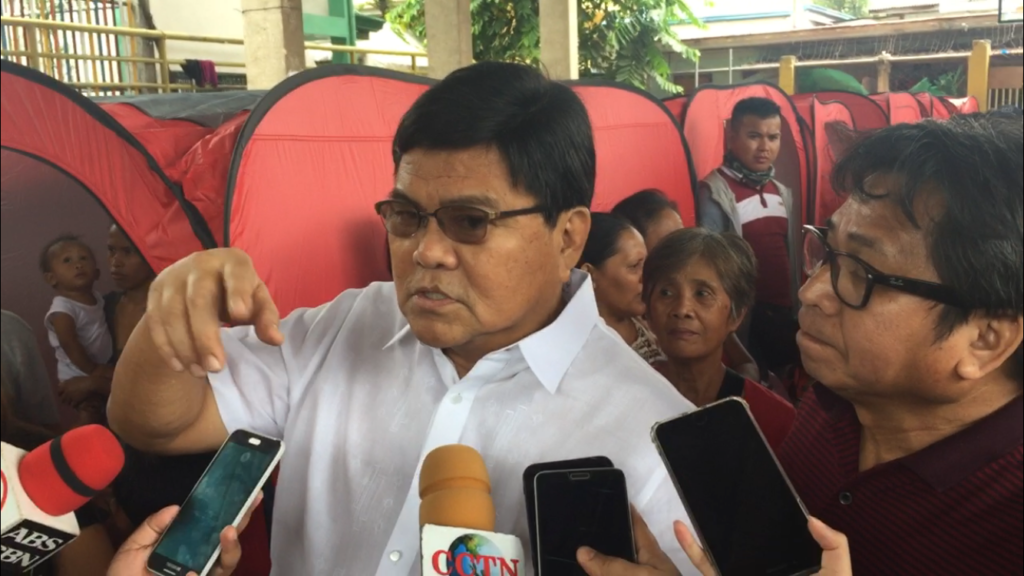 Cebu City Mayor Edgardo Labella says during his visit on March 5, 2020 to the Alumnus gym where fire victims of the dawn fire in Barangay San Nicolas, Cebu City on the same day are taking temporary shelter. Labella also wanted to convert the gym into an evacuation center. | Delta Letigio

CEBU CITY, Philippines — The Cebu City government is planning to convert the Alumnos gym in Barangay San Nicolas into an evacuation center following the fire that destroyed 81 houses in Sitio Ipil in the barangay on Thursday dawn, March 5, 2020,

The Alumnus gym houses at least 116 families or 426 individuals, who were displaced by the fire.

Labella visited the victims on Thursday noon to check on the victims. More than 30 tents have been put up inside the gym so the families can have privacy and clean sleeping areas.

The mayor said he would want the gym to have a second floor built that would serve as an evacuation center in case of calamities.

The gym would still remain multipurpose and can be used for sports, but it will be disaster-ready for fire or typhoons in case residents need to evacuate.

As of now, the gym’s setup is good enough for the fire victims, who will be allowed to go back to their lots, since most of the lots are owned by the victims, themselves.

House owners will also receive P20,000 aid from the city government, while renters and sharers will receive P10,000.

Labella said that the city had been working with the National Housing Authority (NHA) to provide the victims with P30,000 per household so they could rebuild their homes faster.

The mayor expressed dismay in the number of fire incidents in the city since January 2020, which had reached at least 10 in just three months.

He encouraged the public to take extra precautions when it would come to electrical appliances, LPGs or butanes, or anything that might cause fire.

He said fire would be more prone as the hot season would draw nearer and the public should prevent disasters caused by fire.

“Let us remind our people to be watchful,” said the mayor. /dbs

Read Next
After two years of caring for her ‘succulent’, woman finds out it’s made of plastic