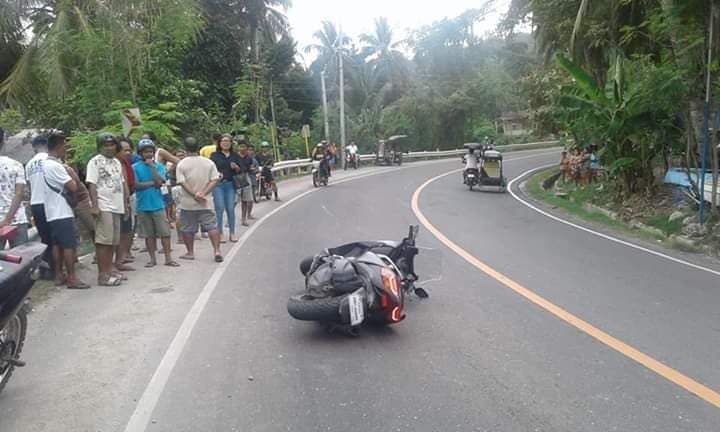 Mark Ocampo Ladaran, a teacher in Cebu City, dies after his motorcycle crashed into a road railing in Dalaguete town in southern Cebu on March 5, 2020. | Contributed photo

CEBU CITY, Philippines — Cebu City Councilor Antonio Cuenco, the chairman of the City Council’s committee on education, offered his sympathy to the family of a Cebu City teacher who died in a road accident in Dalaguete town on March 5, 2020.

Cuenco lamented on how the 32-year old Marc Ocampo Ladaran lost his life while on his way home to Cebu City from a meeting about the Central Visayas Regional Athletic Association (CVIRRA) in Argao town.

The CVIRAA will have its sports meet on March 21-28, 2020, and Ladaran represented theAbellana National High School in the meeting.

He died when his motorcycle crashed into a road railing around 3 p.m. on Thursday.

“I offer my sympathies to the families. Such a young life was lost. It has to be investigated,” said Cuenco in a phone interview with CDN Digital.

Cuenco also urged the Department of Public Works and Highways (DPWH) to check the road where the teacher lost control of the motorcycle to see if it had bumps or broken concrete, which may have caused the accident.

The Dalaguete police said that the area was accident-prone and two similar incidents occurred in the past. Signages have been put up and the DPWH has been informed, but they have not yet responded.

He likewise urged the Department of Education (DepEd) and the school heads to ensure the safety of their teachers traveling for official business outside Cebu City.

He said that teachers should be transported in cars especially when traveling long distances. This way, the safety of the teachers is assured.

The councilor said he will be visiting the wake of Ladaran once he contacts the family.

He also promised that the city government will help the family as Ladaran was fulfilling his duty for the students of the city’s primary national high school.

“The city is willing to help the family,” said Cuenco.  /rcg

Read Next
5th confirmed coronavirus case in PH a ‘local transmission,’ says WHO