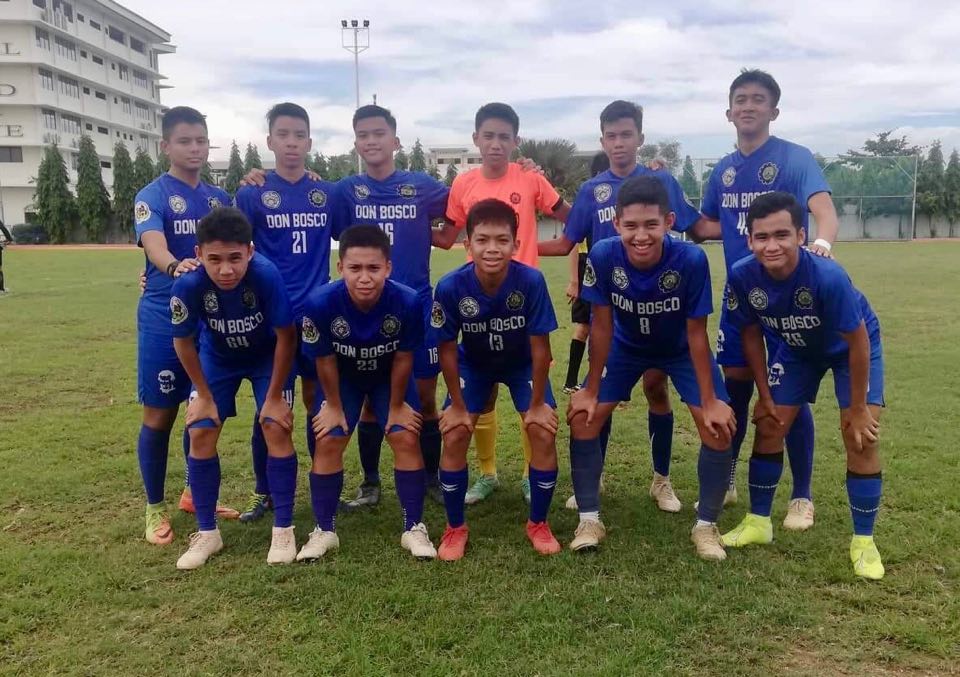 Don Bosco Technical College (DBTC) A prior to their battle for third against KNF Don Bosco Boys Home (DBBH) in the Boys 16 of the 21st Aboitizland Football Cup on Saturday, March 7, 2020 at the J.H Football Field of the Sacred Heart School-Ateneo de Cebu (SHS-AdC) in Canduman, Mandaue City. | Contributed Photo

CEBU CITY, Philippines — Bosconians once again showed their might in football as they copped two third place finishes in the resumption of the 21st Aboitizland Football Cup, Saturday, March 7, 2020 at the J.H Football Field of the Sacred Heart School-Ateneo de Cebu (SHS-AdC) in Canduman, Mandaue City.

In the Boys 16, the third place would have gone to a Bosconian team either way as the Don Bosco Technical College (DBTC) A blanked KNF DBBH, 2-0, in their battle for third.

In the Boys 18, Jaire Dave Tanjay and Regie Tabuelog each scored a brace for KNF DBBH.

The rest of KNF DBBH’s goals were scored by John Cyril Ybañez and Joshua Ares.

Christian Verh Agot prevented USJ-R Basak from getting shut out as he scored the team’s lone goal in the 62nd minute.

In the Boys 18, DBTC A finally found a hole in KNF DBBH’s defense twice in the second half.

Uriel Villacarlos scored on a header in the 66th minute while Domecq Ledesma sealed the win for DBTC A on a one-on-one against the goalie in the 71st minute.

The title for the Boys 16 will be contested by Abellana National School (ANS) against Ateneo on March 15 at the same venue as today’s matches.

While, the finals match of the Boys 18 between DBTC and Ateneo will be held on March 29 yet during the closing ceremonies at the Cebu City Sports Center./dbs