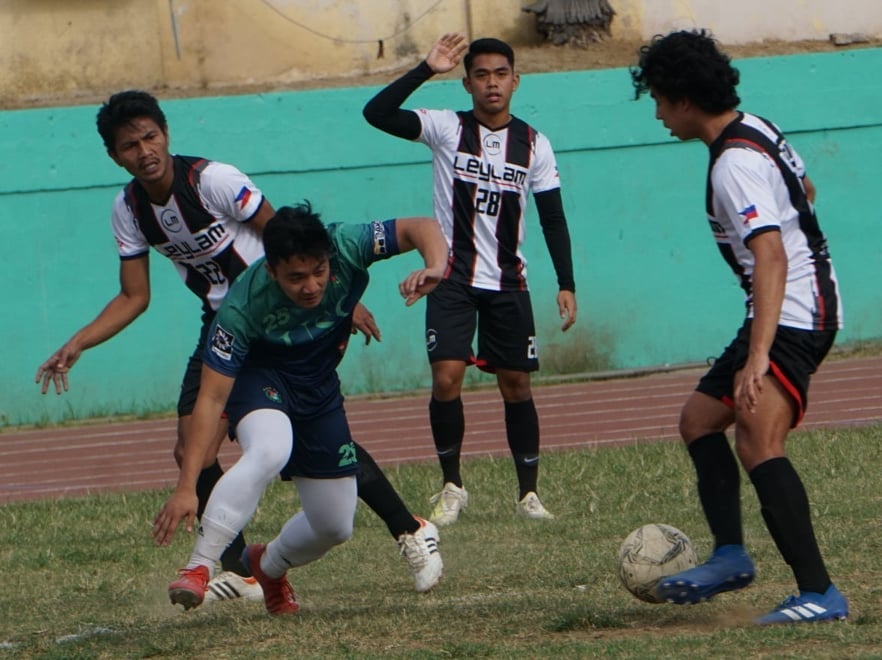 A Leylam FC booter (in white uniform) dribbles past a University of San Carlos defender during their Aboitizland Football Cup match on February 2, 2020. Leylam will battle Don Sacredale on Sunday, March 8, 2020 at the JH football field in Canduman, Mandaue City. | Gerard Francisco

But it will not be easy because Don Sacredale will figure in a finals rematch on Sunday with defending champion Leylam FC at the JH Football Field of the Sacred Heart School-Ateneo de Cebu (SHS-AdC) in Canduman, Mandaue City.

Don Sacredale, however, hopes to get that win and end a three-game skid in this tournament after winning the team’s first two games in the tournament.

But the team will be facing Leylam FC that is bent on gunning for a fourth title and is determined to get that much needed three points to at least stay within arm’s length of current leader ERCO Bro and current second-ranked team, Makoto FC.

ERCO Bro and Makoto FC will go up against each other in a crucial match. A win for ERCO Bro will mean a big chance for it to become champions again.

While a win for Makoto will give it the top spot with two more matches to play.

Both teams would hope to recover from their losses last February 23, but perhaps the hungrier team would be USJ-R as it still had one win to its name in four matches.

And, USJ-R is running out of chances as it has two games left while UC still has three./dbs