The rise of the digital age has resulted in the surplus of manual toys and gadgets and other outdated technological stuff.

Rapid advancements in technology made people depend on it almost completely. They turn to technology and electricity even for the most basic of tasks. Sadly, this included their thirst for entertainment.

This is why the current generation of kids and young adults are pitifully stuck in a corner with only the newest gaming consoles and virtual games as companions. Physical activity is virtually unheard of.

According to research conducted in 2018, video games actually consume more electricity than what 25 power plants can produce!

So in celebration of Earth Hour 2020, people all over the world are encouraged to switch off their lights for an hour to support and help in saving our planet.

But, more needs to be done than just simply switching off the lights if we are really intent on helping Mother Earth recharge and rehabilitate and replenish the resources that we humans have unscrupulously wasted over the course of our existence.

Helping our planet means being grateful for everything that she has unselfishly gifted us. And we can do this by cutting off our energy consumption.

In the Philippines, we can do that by introducing our kids to some local games that do not depend on electricity and technology. Like what kids do in the 80s and earlier.

For CDN Digital’s Earth Hour series, we listed down some traditional Filipino games that provided immense enjoyment to our older generation.

Enjoy the ride as we travel back in time when entertainment was simple and cheap and simply magical. 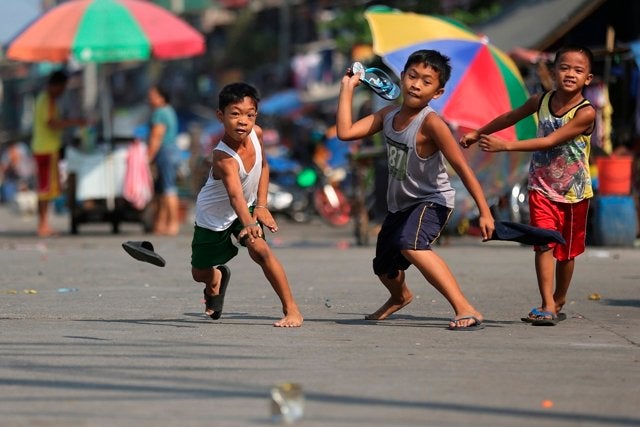 All you need is a tin can, a slipper, and a spacious area to enjoy tumbang preso. This is how it’s played. The “It” or the “taya” must zealously guard the tin can while the other players take turns in hitting it. If a player successfully hits the can, all the other players must retrieve their slipper as quickly as possible before the “It” returns the can to its designated area marked by a circle.  The player who gets tagged while retrieving his/her slippers becomes the new “It.” 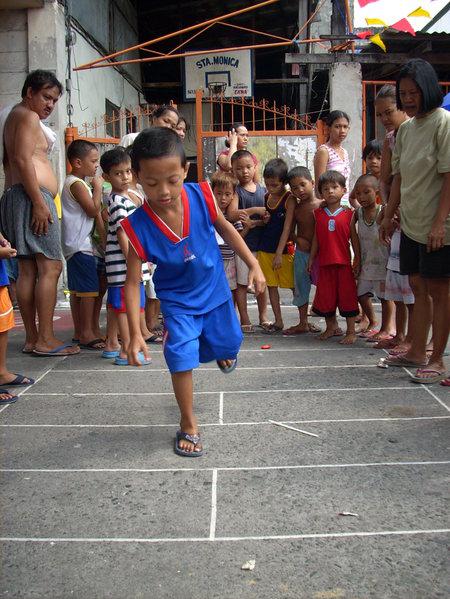 Piko is best known as the Pinoy version of hopscotch. Players draw a big image of box-liked shapes on the surface where they will hop on using a single foot. Each player has a pamato or a flat piece of stone that is thrown on one of the boxes. This is done by standing with your back to the direction of the boxes before you toss your pamato. Once a player successfully puts his pamato on a vacant box, he will own that box and the other players can no longer step on that box. The first one to clear all of the boxes wins the game. 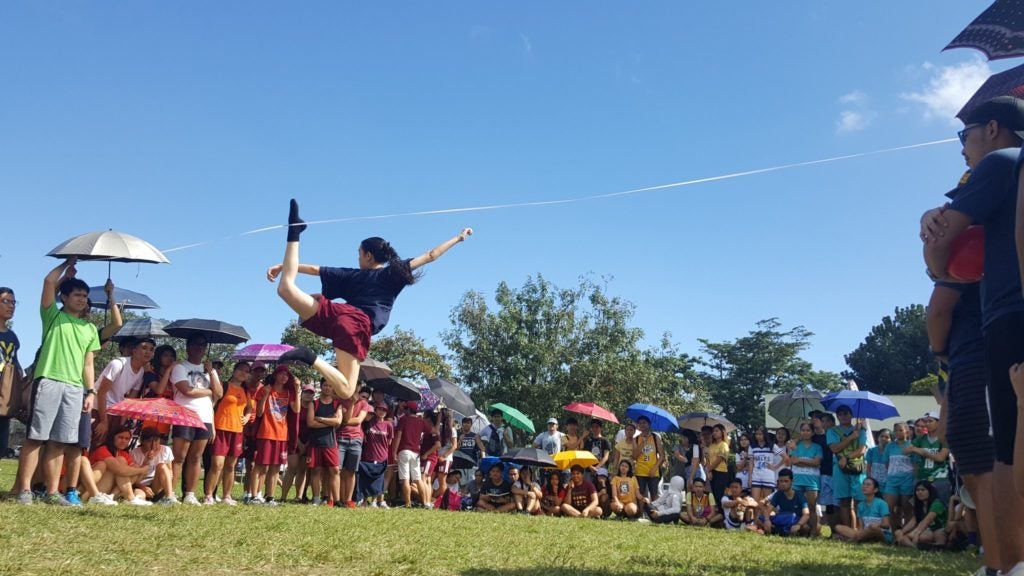 With two players holding both ends of the garter, the other players must cross over to the other side by jumping without tripping the garter. After each round, the garter progressively moves higher. If one of the team members failed to jump over the garter, the other team gets their turn to play. The game definitely requires truckloads of acrobatic skills! 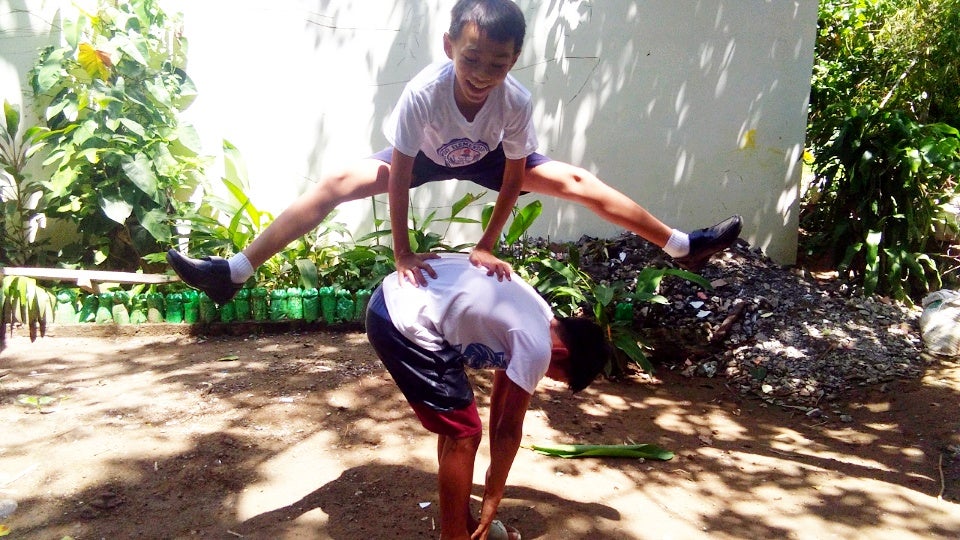 This game involves players jumping over one player called Baka or Cow. The aim of this game is for all the players to jump over the cow without touching him or falling over. 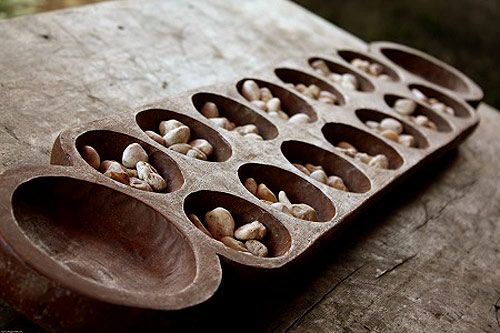 Sungka is a game played on a wooden block with seven circular holes on each side and two large holes, called heads, at both ends. Only two players can play this game and usually uses shells or pebbles as pieces. The goal of the game is to accumulate as many pieces on your designated head as possible. 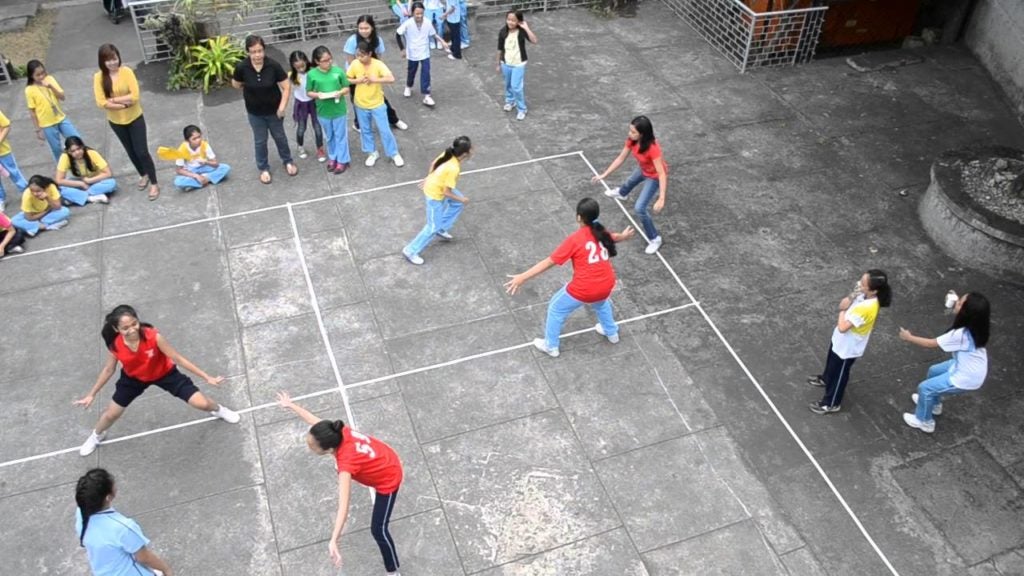 Patintero requires a lot of players and is one of the most enjoyable games of the past. Players are divided into two: the attack team and the defense team. Horizontal lines are drawn or used to signify the position of the defense team. They will move along the lines without allowing any of the members of the attack team from passing through. The attack team will earn a point if at least a single team member gets through the guarded area without getting tagged.

Children of the current generation should try these classic Filipino games. Not only for the purpose of helping Mother Earth by saving energy and electricity but more so for the inherent benefits of having physical activity and social interaction with others.

However, it is wise not to try these games during this time of a health crisis where social-distancing is encouraged. Maybe try to relive these games after everything has gone back to normal.

This series is also supported by our partner, AboitizPower. http://www.aboitizpower.com /RCG