IN PHOTOS: Implementation of ‘stay at home’ order starts 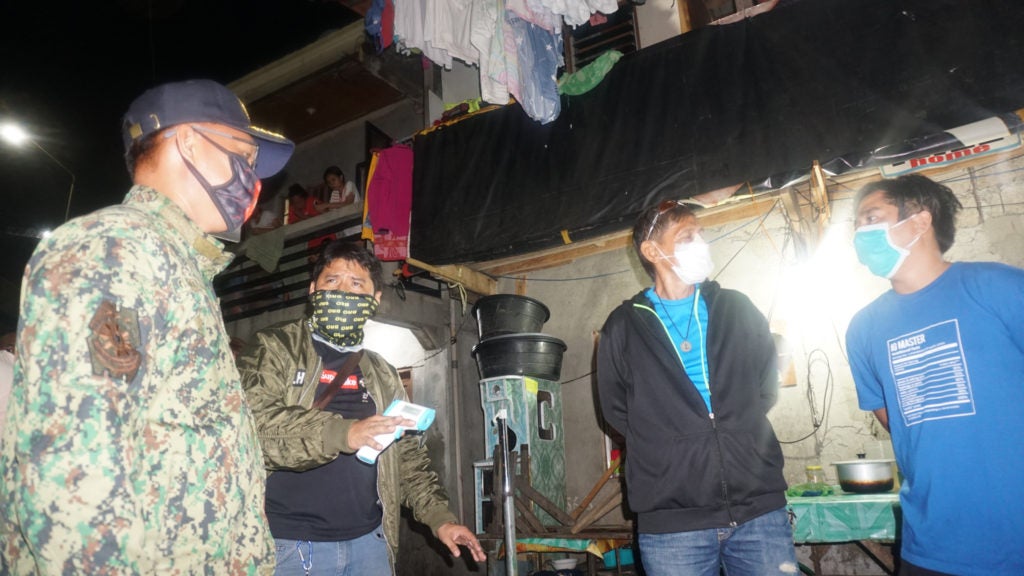 Grijaldo and his men patrolled the empty streets of the three neighboring barangays starting at 9 p.m.

Below were photo’s taken during the Sunday night patrol: 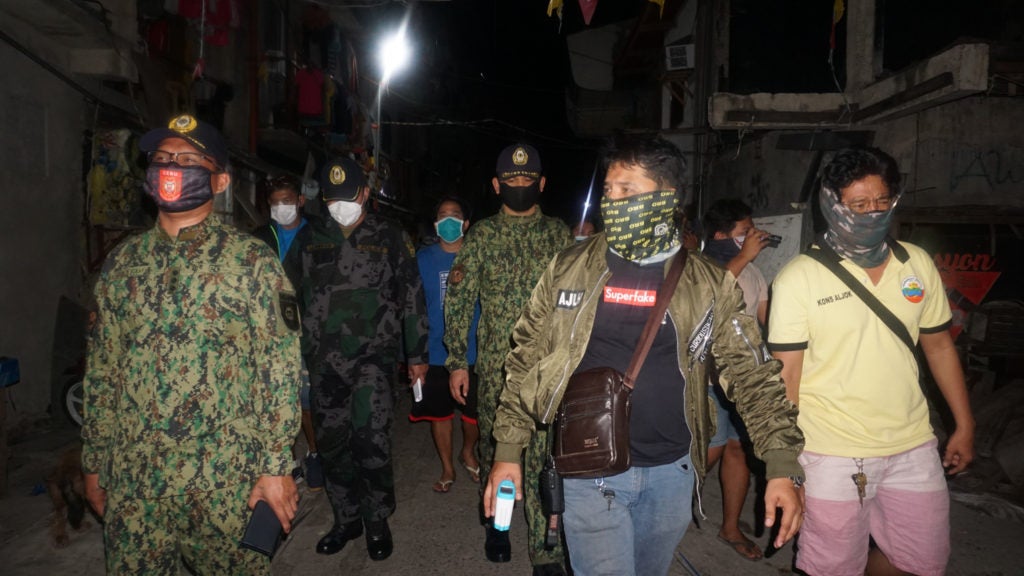 Policemen led by Police Colonel Grijaldo and barangay officials wet around Barangay Ermita to make sure that residents were inside the comforts of their homes. | Gerard Francisco 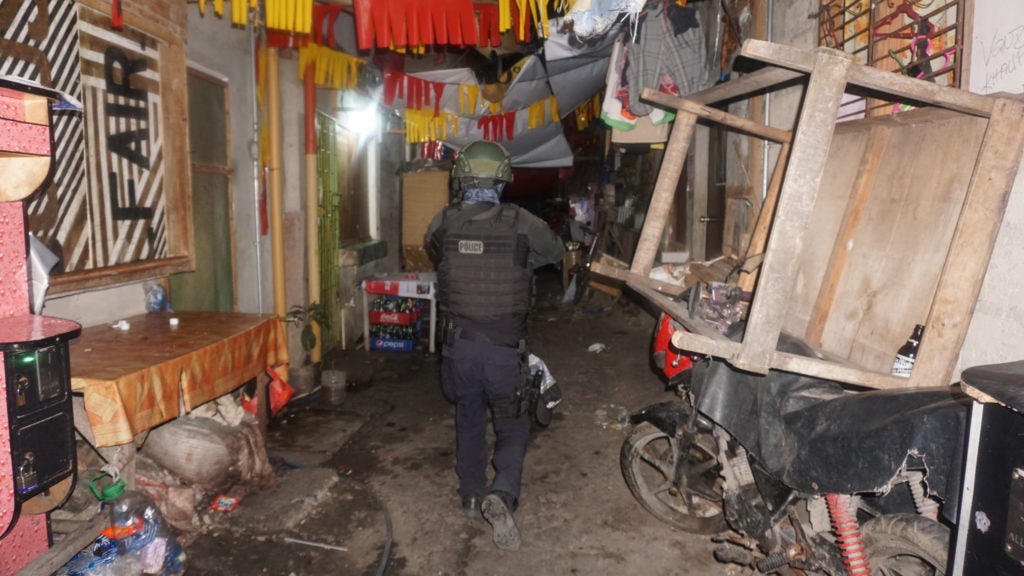 A police officer walks through an alley in Barangay Ermita. | Gerard Francisco 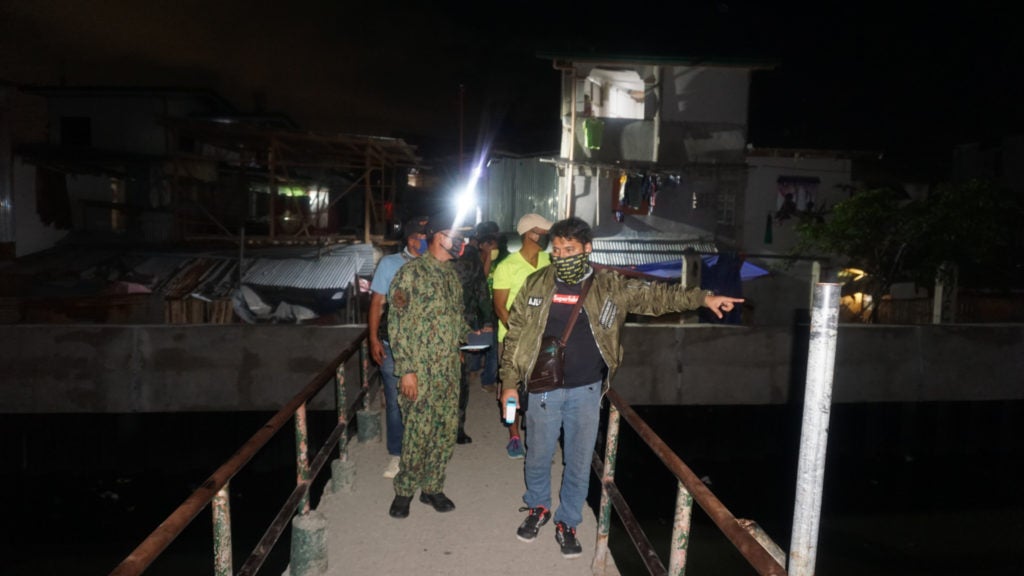 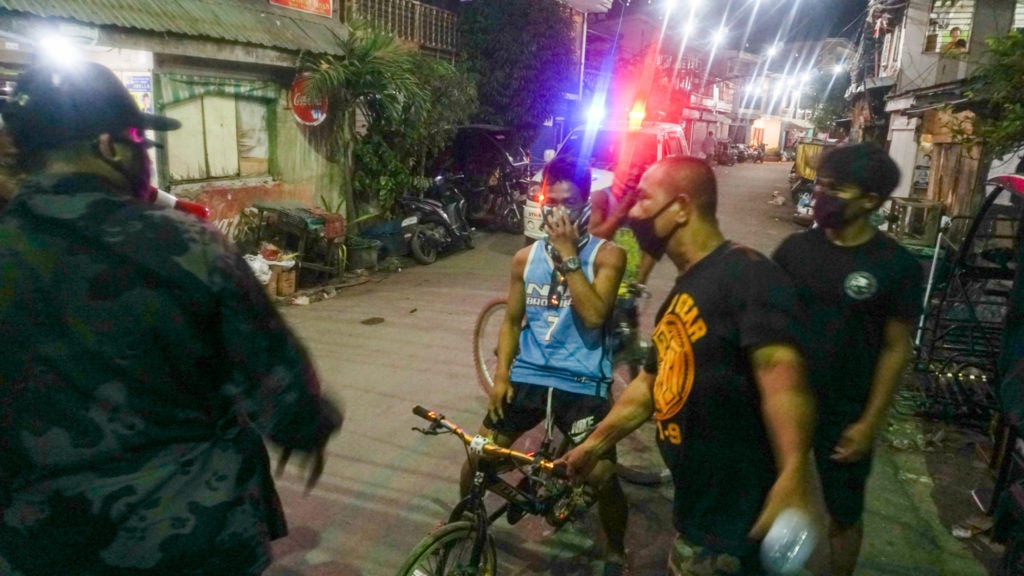 Police officers reprimand a group of residents who were still out biking despite the curfew implementation. | Gerard Francisco 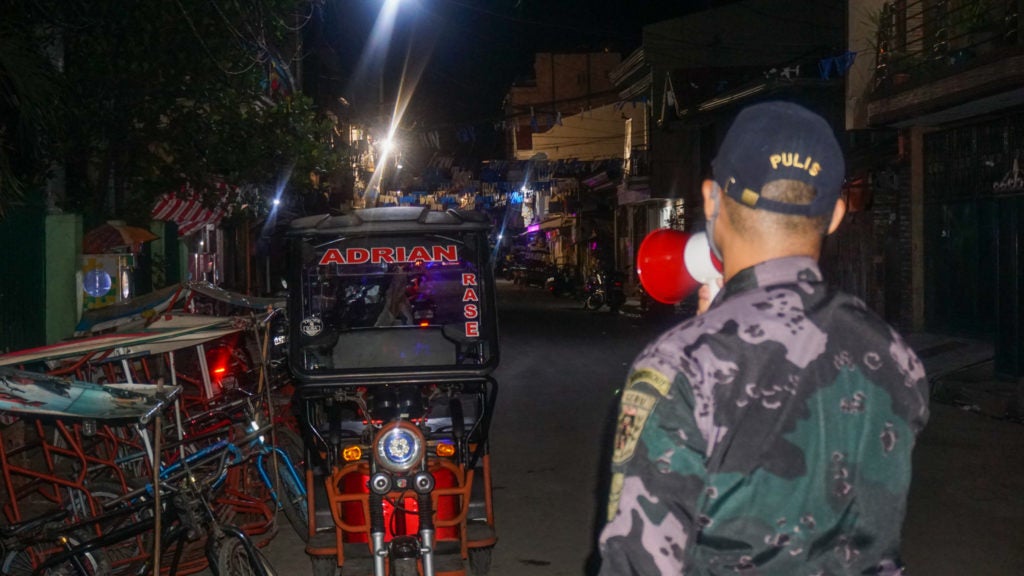 A police officer talks on a megaphone to remind the residents to stay at home. | Gerard Francisco 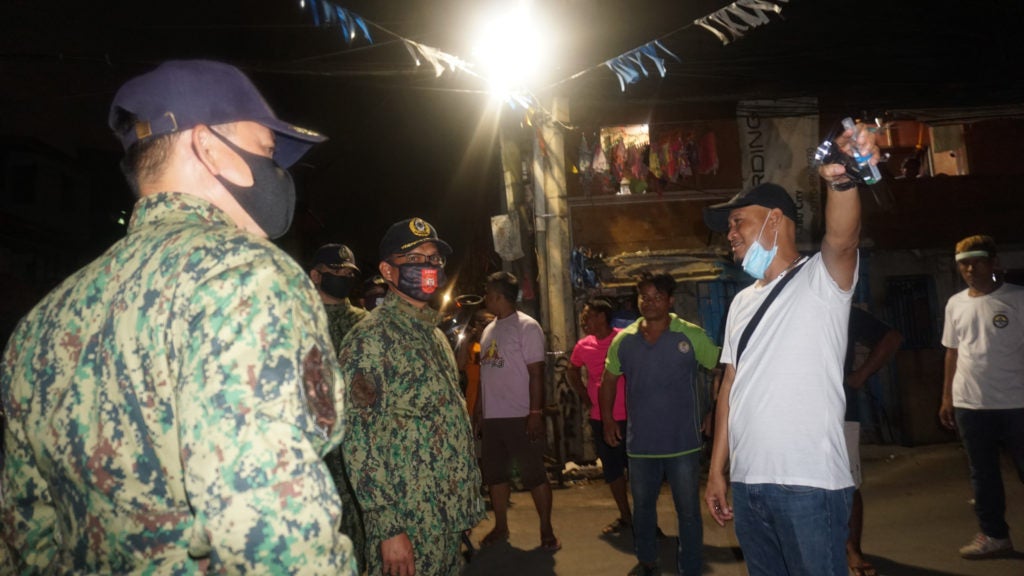 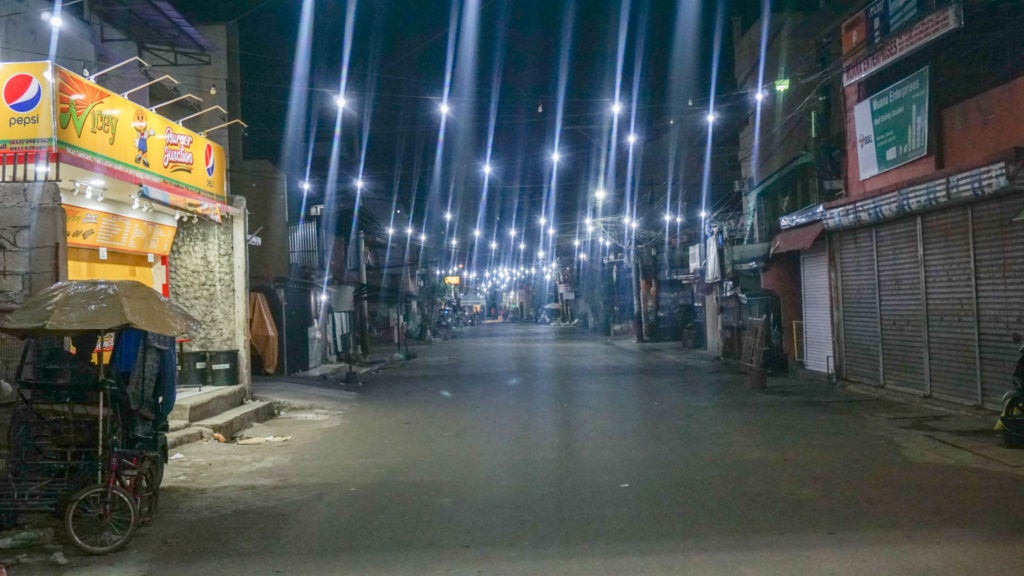 This barangay road was already empty as early as 9 p.m. on Sunday.  | Gerard Francisco

Read Next
Buying in the near sari-sari store — drone style