Dr. Utlang: A woman is powerful, an equalizer 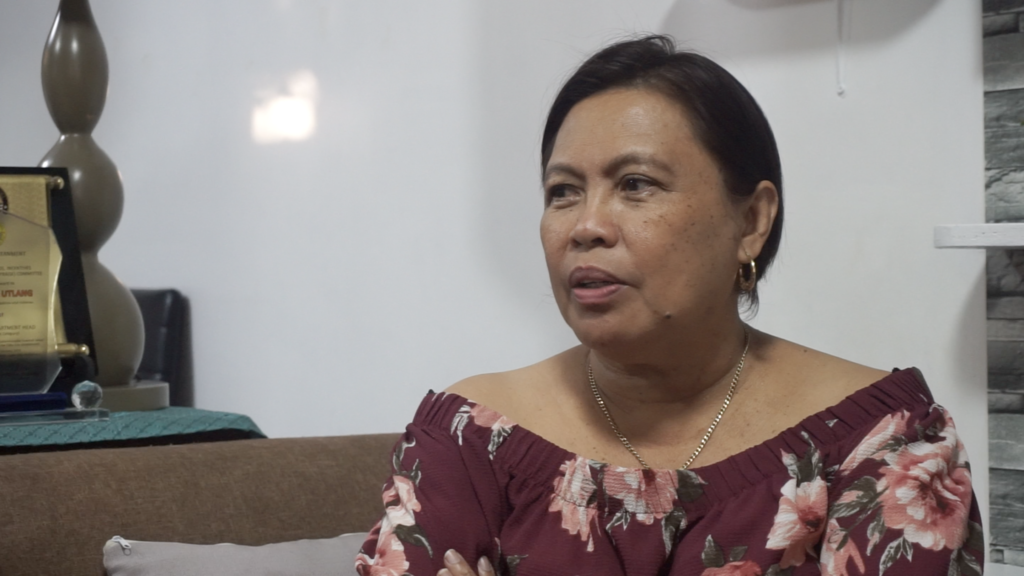 CEBU CITY, Philippines — A woman is powerful if she knows her place and if she knows she can get any place she wants to go.

This is the mindset of Dr. Alice Utlang, Cebu City government’s multi-awarded resident veterinarian who is currently assigned at the City Resource Management and Development Office (Cremdec) in Barangay Taptap.

Utlang was honored by the Philippine Veterinarian Medical Association (PVMA) as an “Outstanding Veterinarian in Government Service” on February 19, 2020.

This is not her first because at least three years ago, she was also awarded by PVMA as an “Outstanding Veterinarian in Extension Service.”

As the City Veterinarian, a position granted to her by the Civil Service Commission, she has served the city government for 15 years since 2005.

Before that, she served another 15 years as an agriculture technologist and veterinarian in the Department of Agriculture in Central Visayas (DA-7).

All her life, she has always loved agriculture and animals like the goddesses Demeter and Artemis combined. Her love for the earth coupled with her love of service makes her one of the most influential women in the city. 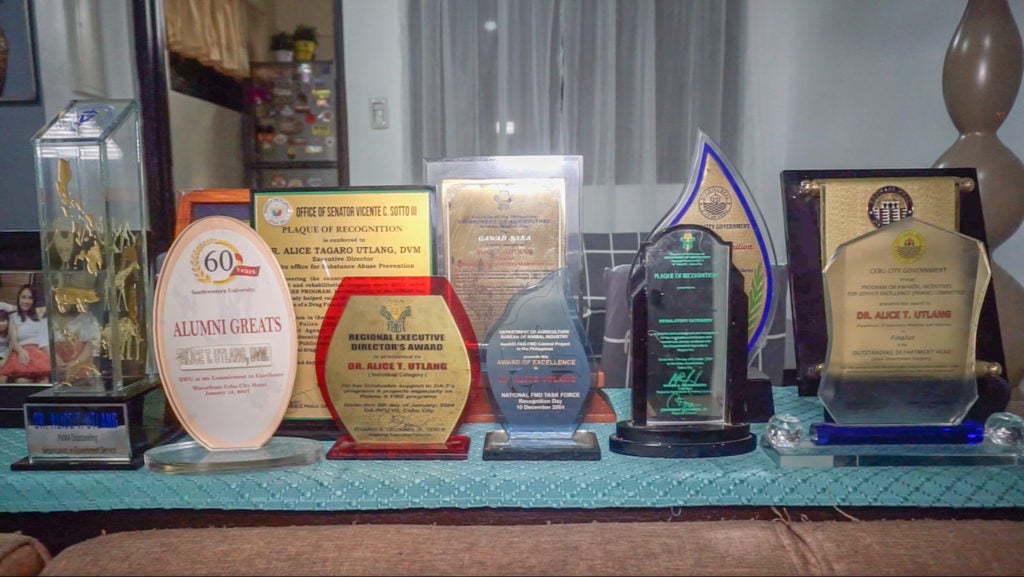 Utlang is a multi awarded veterinarian with her experience in the government service. | Gerard Francisco

Raised on a farm

In the cold evening of December 9, 1962, in Ozamis City, Misamis Occidental, Utlang was born — the first child of a farmer and a teacher.

Utlang’s mother was often away as a teacher, and she learned to become the second mother of her four younger siblings even in her own young age.

“I was raised to be independent. Dili man kaayo ko achiever sa school, pero madiskarte ko. (I may not have been an achiever in school, but I was quick-witted),” she said.

Instead, she grew up watching her father bring life to the land with his hands, growing all kinds of crops, vegetables, and fruit trees. She also helped him toil the land and raise the farm animals.

Watching her father’s farm, Utlang grew to love the earth and the life that grows within it.

At first she wanted to take up education or agriculture in college but was convinced by her aunt to take up veterinary sciences at Southwestern University in Cebu instead.

She arrived in Cebu City in 1977 to take up a course in veterinary sciences. She became a full-fledged veterinarian in 1984, then moved to Agusan del Sur for three years.

It was in her years in Cebu City that she realized that for being a woman, people expected her to be gentle, to do the chores, to be the equalizer at home.

She lived with male cousins, and this made it difficult for her to be the one taking care of the house. Yet she persevered because she believed this is the beauty of womanhood, to be an equalizer.

When she came back to Cebu City, she applied for the position of agricultural technologist at the DA-7. She started working for the government agency in 1990 and stayed there until 2005.

“When they said there was an opening for a position of veterinarian in the Cebu City government, I applied. I got accepted,” she said. 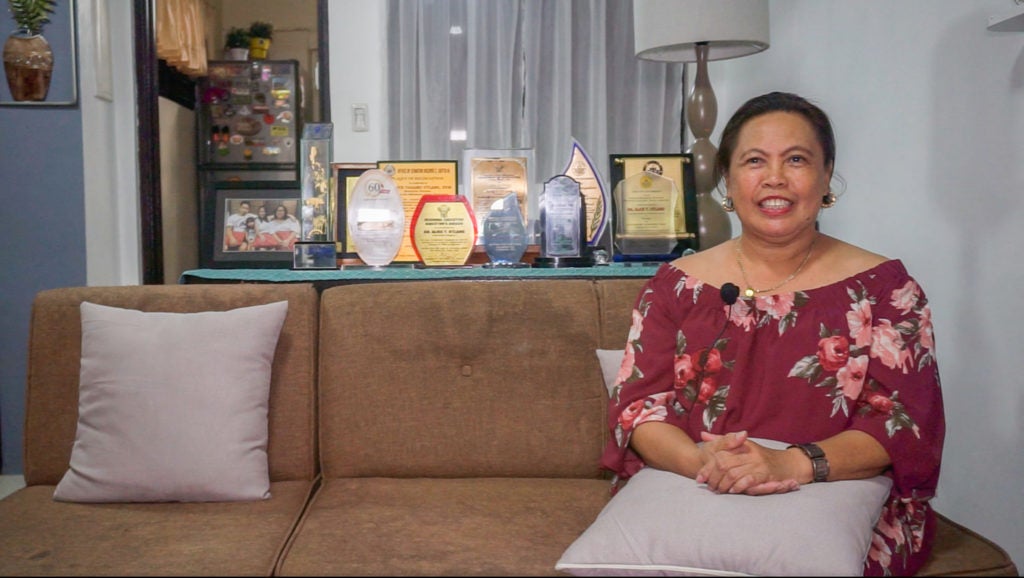 Dr. Alice Utlang sits with her numerous awards from her tenure as the Cebu City veterinarian. | Gerard Francisco

Working for the local government turned out to be a rollercoaster ride for Utlang.

Unlike a national agency, working for the local government was smeared with politics. Keeping her position or rising from it was up to the decision of the local chief executive.

“Magdepende gyod tanan sa local chief executive. Usahay ibalhin ka, then mahunong ang imong programs. (Sometimes you are moved from a position to another, then your programs are stopped),” she said

As the City Veterinarian, Utlang has pioneered programs such as free rabies vaccination and ligation for pets, free vitamin shots for farm animals, and adoption program for animals in the pound.

The Department of Veterinary Medicine and Fisheries (DVMF) also actively pursued after those who sold hot meat or illegal meat such as sting rays, double dead meat, and pawikan meat.

(This is what makes our job dangerous. A lot of people are after us at first because we apprehend them, but they begin to understand if they see that you are fair and you don’t ask for anything.)

Still, she received death threats that shook the safety of her family. She kept her faith that God would protect her family as long as she does the right thing.

Utlang was transferred to different positions twice. In 2013, she was assigned to the City Office for Substance Abuse Prevention (COSAP) under the administration of former Mayor Michael Rama.

This was also difficult as she often dealt with substance addicts or dependents. As the COSAP head, she learned that everyone had hope and could change if they were determined to do so.

In 2019, she was again transferred to Cremdec under the administration of Mayor Edgardo Labella. She said she did not mind because she enjoyed the place and could toil the ground to farm the way she did when she was young.

“Kapoy ang pulitika sa taas, pero kung moserbisyo lang gyod ka bisan asa ka ibutang molambo ra gyod ka. Sayang lang ako projects sa DVMF, pero sa mayor na pud na. (The politics at the top is challenging, but if you really serve, wherever you are assigned, you will thrive. I regret my discontinued projects at the DVMF, but that is the call of the mayor),” she said.

For Utlang, the fresh air in Barangay Taptap will be a good end to her career that was a rollercoaster ride for the last 15 years.

She will be retiring from government service in 2022, and no longer wish to continue no matter who will be the next mayor.

“I deserve to rest. Ako ra gyod ikapanghambog sa akong panerbisyo nga wala — limpyo ko. Walay tawo nga makatulisok nako. (What I can be proud of in my service is that I am clean. No person can bribe me),” she said. 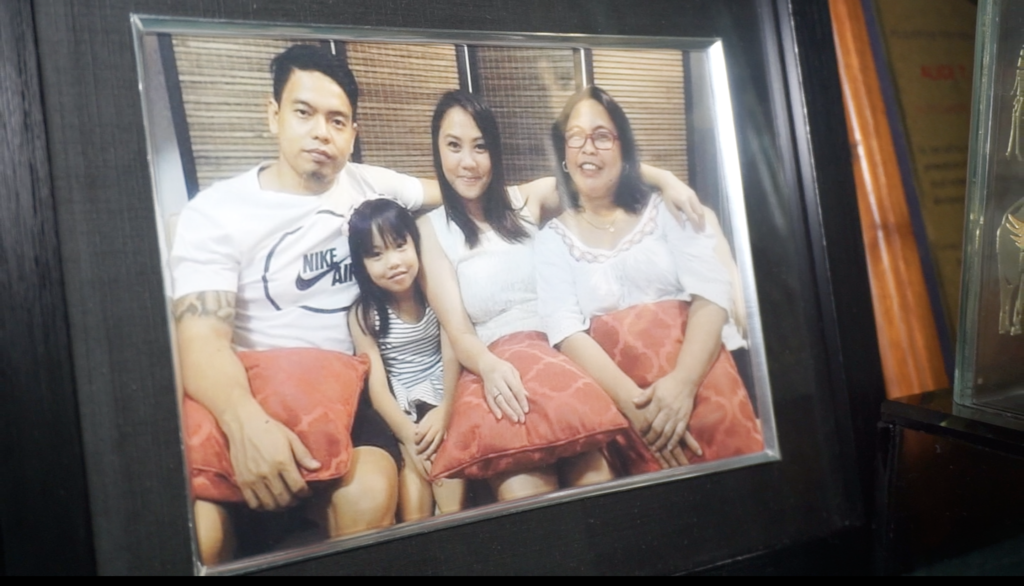 Dr. Alice Utlang shows a portrait of her and her daughter’s family. | Gerard Francisco

For any woman, the greatest gift would be a child. Utlang received this gift on 1995, when she became the single mother of Christiana Joy or “Janjan.”

Utlang said her daughter was her greatest gift from God, and treasuring her was a challenge as a single mother. To rise in her career, to ensure that her daughter was provided for, and to support her only child, was something that she juggled for 25 years.

Janjan said she was forever grateful for the sacrifices that her mother made for her.

She grew up independent because her mother was busy at work.

This taught her to stand on her own, and at an early age, be herself. Janjan said her mother never pressured her to do anything else.

“Pasagdan ra ko nga ako ray magtuon, gitudloan kog chores. (I was left on my own to study, I was taught the chores),” she said.

Janjan’s own greatest gift to her mother was her graduation day when she received her diploma for a Bachelor’s Degree in Nursing. To her, this moment was when she could finally repay her mother’s sacrifices for her.

At least five years ago, Janjan also got married, much to the delight of her mother.

“She finally got her family. Naa siyay (She has a) daughter, granddaughter Victoria, and she even gained a son,” Janjan said.

On Women’s Month 2020, Janjan placed her mother at the pedestal of womanhood, a symbol of strength and character.

“Mom, we know that everyone idolizes you because of your integrity and work ethic. I’m so proud that I have a mom who is not just working hard but who is also a God fearing one. The best thing that I learned from you is being simple and humble and to make a difference in what we do,” she added.

Utlang said most of her family members hated Janjan’s father because he was not there to help raise Janjan.

For her, there was nothing to hate because he was the means for God’s greatest gift to come to her life.

“Being a single mother is difficult, but being a mother is the best thing in the world,” said Utlang. 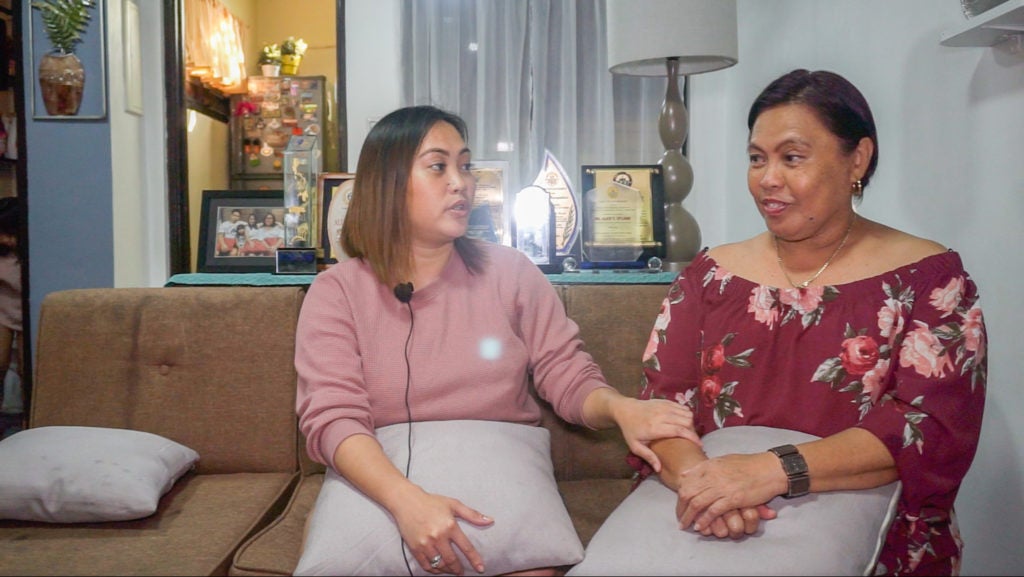 Behind all her success, Utlang is first and foremost a God-fearing woman. The essence of this womanhood is serving her purpose the way God designed her to be.

“I believe that women were designed by God to be a support to men. We are designed to be an equalizer, to balance things out. We should be women because God made us that way,” said Utlang.

Still, she said that women should trust God — where He takes them, and work hard in every position they are given.

After all, a woman is powerful when she knows her place.

Yet women are even more powerful when they know that they can go any place they want.

“Ang babaye morise up siya. If strong ka moangat ka. (Women will rise. If you are strong, you will rise),” she said./dbs