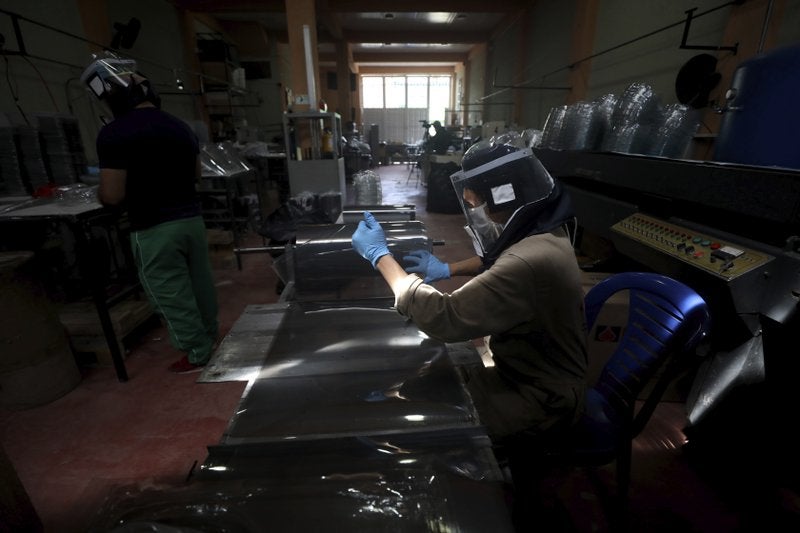 FILE – In this Feb. 23, 2007, file photo, Los Angeles Lakers’ Kobe Bryant, top, goes up for a shot between Boston Celtics’ Paul Pierce, left, and Al Jefferson during the first half of an NBA basketball game in Los Angeles. Kobe Bryant, Tim Duncan and Kevin Garnett are all expected to be officially announced as members of the 2020 enshrinement class for the Basketball Hall of Fame on Saturday, April 4, 2020. (AP Photo/Branimir Kvartuc, File)

Kobe Bryant is back atop the best-seller lists, days after the late Los Angeles Lakers superstar was selected to the Hall of Fame.

The latest release from Bryant’s Granity Studios, “The Wizenard Series: Season One” will debut at No. 1 on The New York Times’ middle-grade hardcover list that will be published April 19. Earlier this week, it had already hit No. 1 on Amazon’s bestseller list for children’s basketball books.

Bryant and daughter Gianna were among nine who died in a helicopter crash in late January.

Season One, the latest installment of Bryant’s Wizenard story line that follows the progress of a young basketball player dealing with various trials and tribulations, was released last week. Bryant’s company describes it as “a story of strain and sacrifice, supernatural breakthroughs, and supreme dedication to the game.”

Bryant was the series creator and envisioned the story lines.

Other books created by Bryant’s content company soared in popularity in the days following the basketball legend’s death in a helicopter crash on Jan. 26.

Those other books from Granity to make best-seller lists earlier this year include “Epoca: The Tree Of Ecrof,” “Legacy And The Queen” and “The Wizenard: Training Camp” — the prequel to this best-seller.

Bryant’s 2018 book “The Mamba Mentality: How I Play” was also a best-seller and has been on Amazon’s top lists for much of this year as well.

Much of Granity’s work has continued after Bryant’s death, including installments of the “Detail” sports analysis series of programs on ESPN. Granity, after Bryant’s death, said it would continue his mission of “using creative education to inspire people to be the best versions of themselves.”

Bryant won five NBA titles with the Los Angeles Lakers, retiring in 2016 to spend his full-time focus on Granity and his passion for content and storytelling. The two-time Olympic gold medalist also was an Academy Award winner in 2018, and this past weekend was announced as a member of the Naismith Memorial Basketball Hall of Fame’s Class of 2020.

Read Next
COVID-19 crisis could last up to two years, says Duterte