What happens if a sitio is in lockdown? 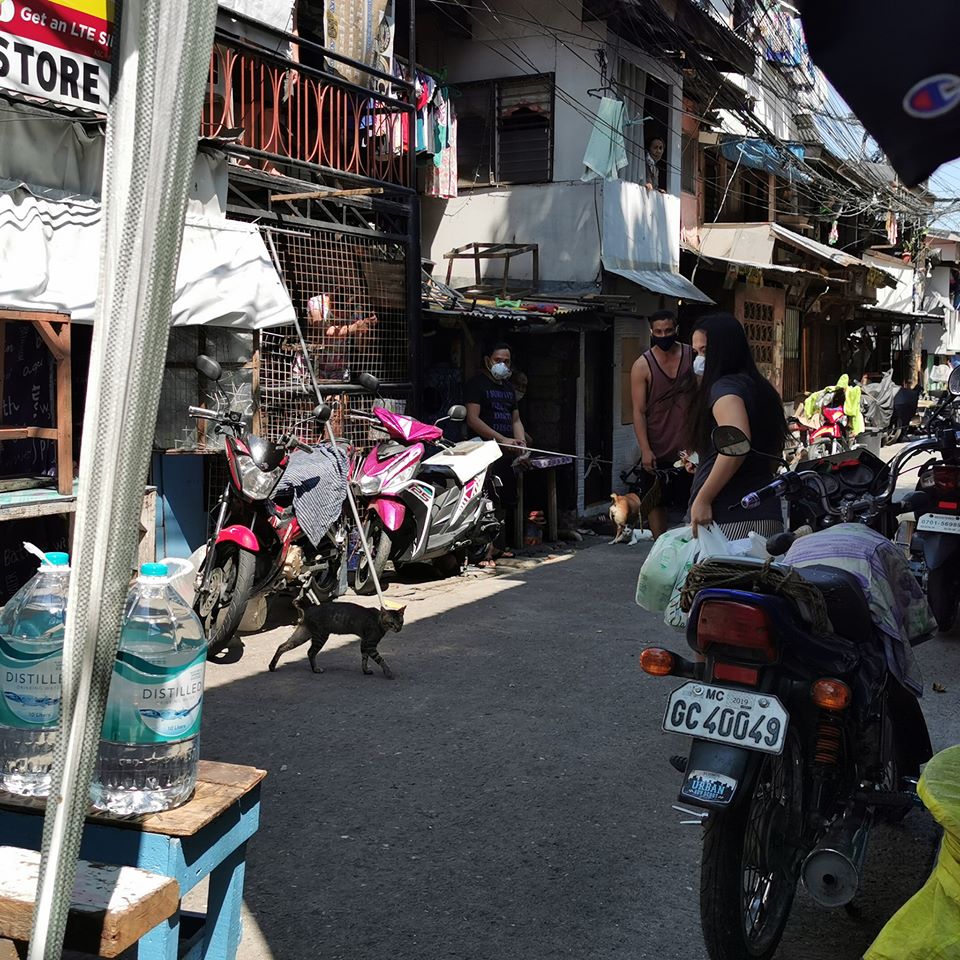 But its at least 9,000 residents have been placed under lockdown since April 7, 2020, after one of them tested positive of coronavirus disease 2019 (COVID-19).

With movement and access restricted in the sitio, it is now up to barangay workers, law enforcers and volunteers to deliver the basic goods for every resident.

“We told residents there to list down the necessary things they need for the day so that barangay workers or volunteers will be the ones to buy for them,” said Luz Barangay Councilor Maynard Salinguhay in Cebuano.

There are 15 sitios in Barrio Luz, a densely populated village in uptown Cebu City with a population of over 18,000 based on the 2015 census of the Philippine Statistics Authority (PSA).

The barangay is located a few distance away from some of the city’s largest and busiest business districts, and workers in these areas often rent spaces, rooms or houses in Barangay Luz just to be able to report to duty without the hassle of long commutes.

Salinguhay said that Sitio Zapatera is the largest sitio in their village.

“Food packs and other relief goods, with the help of the city government and private individuals, that could last until April 18 have also been distributed,” he added.

On April 7, 2020, the Department of Health in Central Visayas (DOH -7) announced that a 68-year-old male in Cebu City has been infected with COVID-19.

Cebu City’s Health Department (CHD), in a few hours after, disclosed that the new patient is a resident of Barangay Luz, and residing in Sitio Zapatera.

But barangay officials have sought additional assistance from the city government, and law enforcers when four days later, or on April 11, 2020, two more residents in Sitio Zapatera contracted the disease, prompting them to drum up their efforts on reinforcing the lockdown.

“As of April 12, 2020, there are six policemen deployed in Sitio Zapatera alone. They will help us enforce the lockdown and mandatory home quarantine for everyone,” said Salinguhay.

The two new patients in Barangay Luz happens to be a couple — a 59-year-old male and a 67-years-old female.

The CHD also disclosed that they were the close contacts of the 68-year-old male previously confirmed to have COVID-19 in the village.

Salinguhay also said at least two policemen, equipped with protective personnel equipment (PPE), had been placed within the vicinities of the houses where the patients were now staying.

She attributed this to the fact that families residing in slums would not have enough space in their homes for self-quarantine to be effective, and that the houses themselves were built so close together.

Villa, in a separate phone interview with CDN Digital, said the two new patients for Barangay Luz were asymptomatic or did not display any signs of the disease.

COVID-19 symptoms include fever, dry cough, and shortness of breath.

Villa said the two had been placed under home quarantine, citing protocols from the DOH that those not showing any symptoms would be advised to be placed under self-isolation.

However, this did not ease the worries of some residents in Sitio Zapatera, according to Salinguhay.

“In fact, there’s already tension and clamor to have the two patients transferred to a quarantine facility,” said Salinguhay.

“But we were told by health authorities that the Bayanihan COVID-19 facility at General Maxilom Avenue will start its operations on Thursday (April 16) or Friday (April 17),” he added.

The COVID-19 facility the barangay official is referring to was the satellite school of Sacred Heart School – Ateneo de Cebu in General Maxilom Avenue, Cebu City.

The DOH in Central Visayas (DOH – 7) is helping the school’s administration and its alumni body to convert the site into a facility to house patients.

“We were told that we can’t just transfer patients positive of COVID to an area without the equipment and other medical supplies needed for their recovery,” Salinguhay said.

At this point, the barangay councilor is now asking their constituents to comply with the mandatory home quarantine orders.

“The simple act of staying at home is a big help not only for your family but also for everyone in the community,” said Salinguhay.