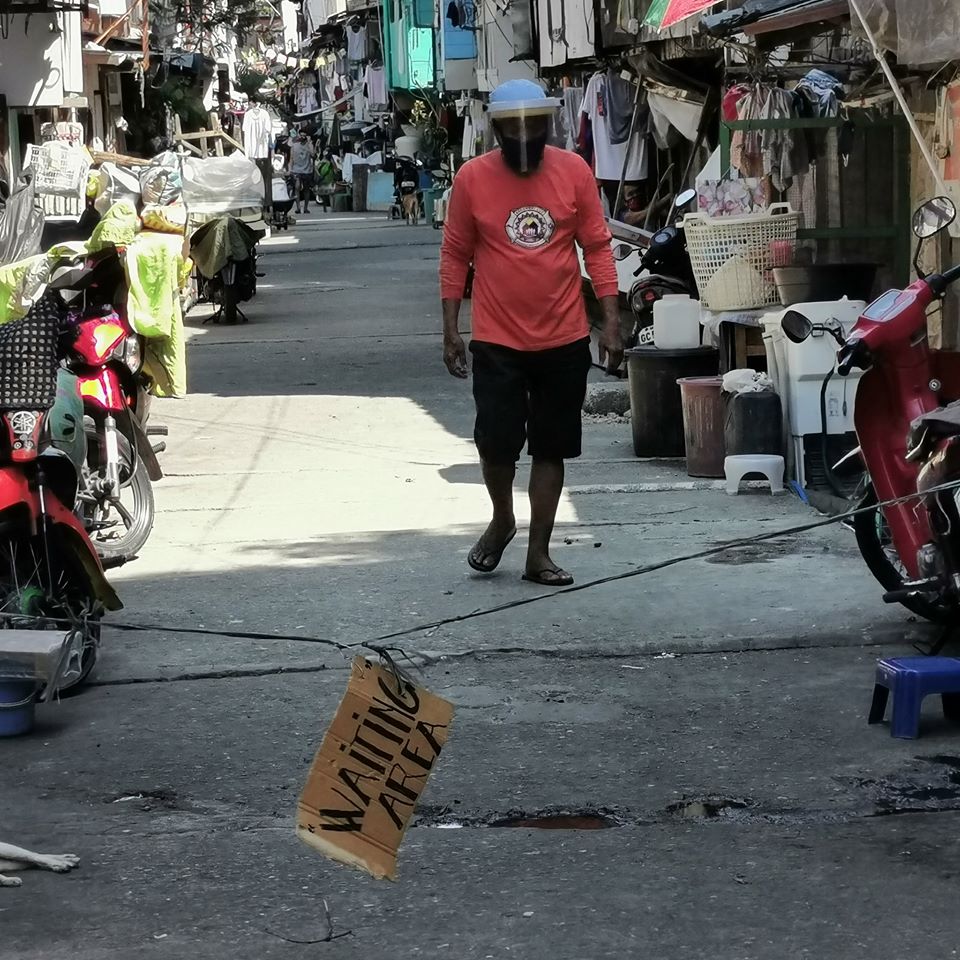 CEBU CITY, Philippines — A densely populated sitio or sub-village in uptown Cebu City is placed under lockdown since April 7, 2020.

Officials from the Cebu City government have confirmed to Cebu Daily News Digital that the two new coronavirus disease 2019 (COVID-19) cases recorded in the city are from Sitio Zapatera, Barangay Luz.

City Councilor Dave Tumulak, in a text message, said barangay officials in Luz decided to restrict access and movement in Sitio Zapatera to contain and curb the spread of the virus which had infected 25 individuals in the city as of April 11, 2020.

As a result, law enforcers have cordoned the area to prohibit anyone from entering there as well as to ensure its residents stayed inside their homes.

City Health Officer Dr. Daisy Villa, in a separate phone interview, confirmed that the city’s two new COVID -19 patients — a 59-year-old female and 67-year-old adult male– were the contacts of a previously confirmed case there.

Villa said both patients were asymptomatic, and remain under ‘strict’ home isolation as of April 12, 2020.

“One of the new patients happened to be the best friend of the previous confirmed case (in Barangay Luz). We also decided to take samples from his partner (considering the degree of exposure),” said Villa in Cebuano.

She said they immediately recommended for a lockdown in Sitio Zapatera considering the density of the individuals living there which would pose as a risk.

This brings the total confirmed cases in the city to 25, with five deaths and 11 recoveries.

Barangay Luz has a population of over 18,000 based on the 2015 census of the Philippine Statistics Authority (PSA).

Sitio Zapatera is a few distances away from some of the city’s major business districts.

Read Next
Cebu Capitol to link MSMEs to financial institutions