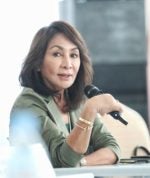 CEBU CITY, Philippines — The Cebu provincial government will be sending assistance to Cebuanos who are now stranded in other provinces because of the enhanced community quarantine that is in effect in most parts of the country.

On Tuesday, April 14, the Capitol has launched a Facebook page, Stranded Cebuanos Assistance Center, where the stranded Cebuanos can send in their personal information and details on where they are.

The stranded Cebuanos will also be asked from where in Cebu they are originally from.

The move came after calls of Cebuanos, mostly Overseas Filipino Workers (OFWs) who were repatriated but were not allowed to travel to Cebu because of the ECQ here.

Governor Gwendolyn Garcia, in a press conference on Tuesday afternoon, said the information provided by the stranded Cebuanos, especially their addresses in Cebu, would be subject for verification with the concerned barangay or local government units.

This as the provincial government’s assistance, however, will only be limited to those Cebuanos who are “stranded” outside of the province and not those who has long emigrated in Metro Manila or other places and wish to come back to Cebu.

Garcia said the provincial government had yet to decide how much help would be extended to them based on the number of persons who would register with the SCAC and would be verified in their respective LGUs.

Once the province would be able to determine the amount, Garcia said the cash assistance would be sent to the verified stranded Cebuanos through money transfer./dbs