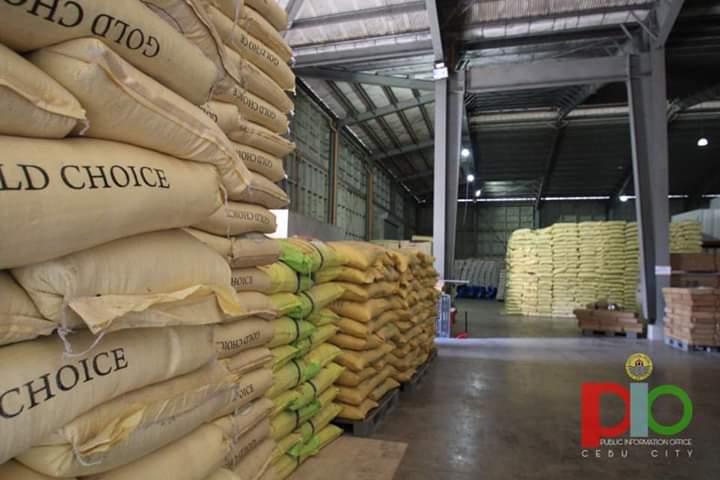 CEBU CITY, Philippines — The Cebu City Bids and Awards Committee denied allegations that there was any misuse of funds in the procurement of P49 million worth of food packs and other relief goods for the residents affected by the Coronavirus Disease 2019 (COVID-19).

Former Cebu City Mayor Tomas Osmeña told CDN Digital that the P49 million for the 60,000 food packs alone would mean a price of P825 per food pack, which he claims is clearly overpriced.

“Labella is asking the private sector to chip in, but look at what they’re doing, they’re spending 824 pesos per pack meal. We better see that amount in the pack meals they will actually deliver to the people. Otherwise, that’s a wastage of public funds. We shall hold them accountable once this crisis is over,” said the former mayor.

“Mayor Tom, with due respect, dili intawn ni corrupt ang administration ni Mayor Labella. I respectfully suggest you read the BAC Resolution carefully so you will find out that the 49M is not just for food packs (which is only P100 per pack) but also for ‘OTHER ITEMS’ included in the Purchase Request (25 kg rice and assorted canned goods),” said Casas.

The P49 million were not only used for food packs but also for other relief goods such as rice and canned goods. The procurement has already been processed since the budget was approved on March 17, 2020, added Casas.

Here is the breakdown of the procurement as revealed by the Bids and Awards Committee Chairperson, Lawyer June Maratas: 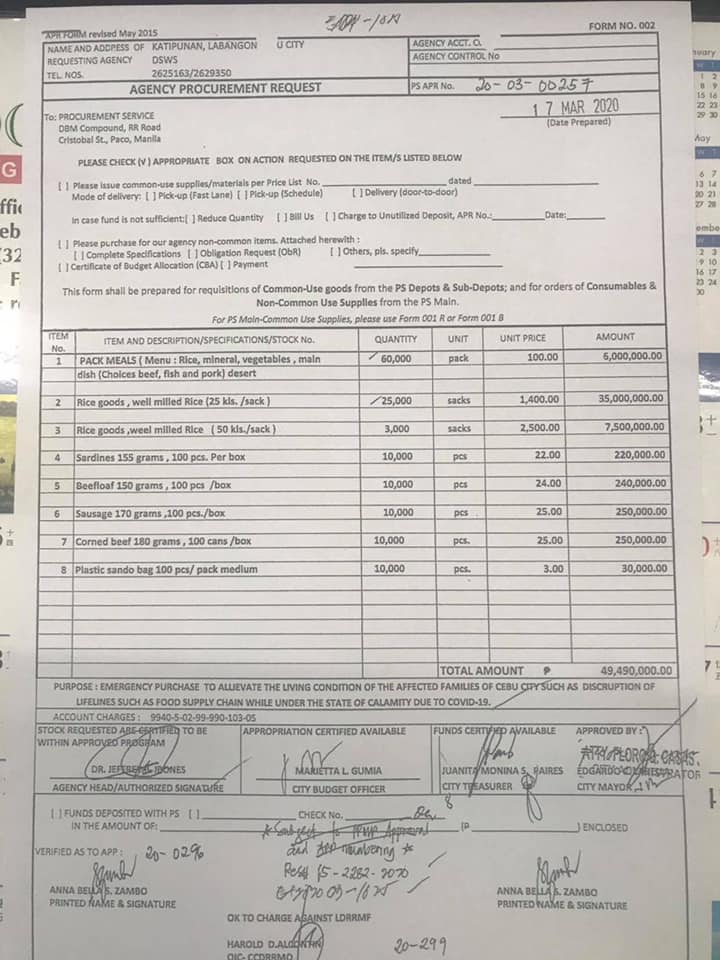 The breakdown of the P49 million budget for relief goods procured by the Cebu City government.

The procurement was already done and the city is awaiting delivery of some of the items, while others have arrived and repacked for distribution, Maratas said. /rcg