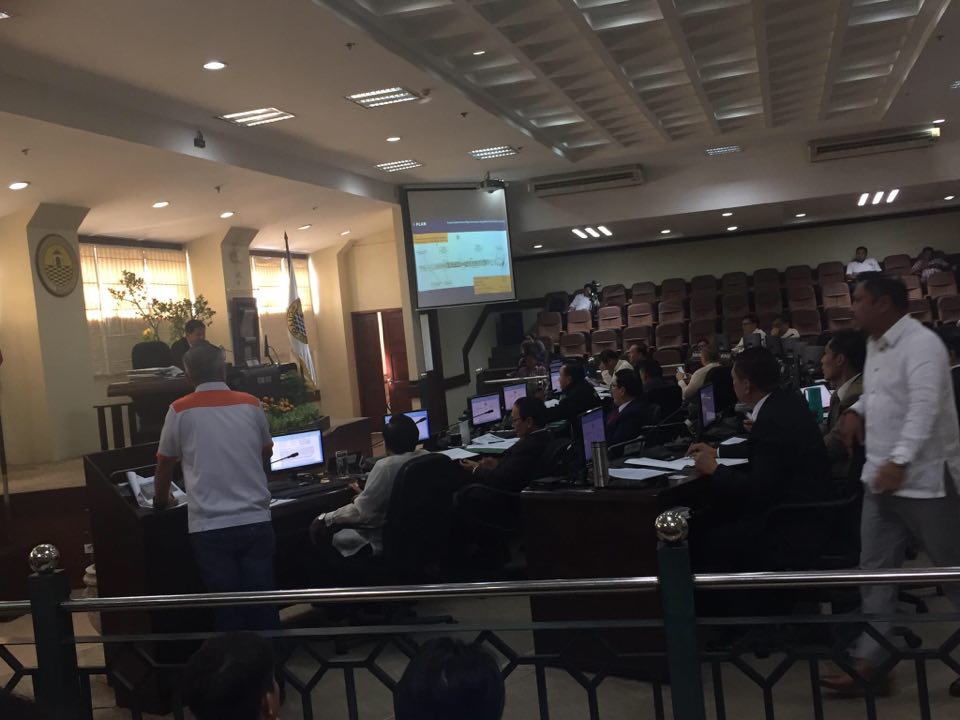 It is back to the session hall at the Legislative Building for the Cebu City councilors, who decided to stop the online sessions and hold them instead back at the City Hall. | CDN Digital

Vice Mayor Michael Rama said this after the council’s meeting on Thursday, April 16, 2020.

Instead, they will return to the session hall at the Cebu City Hall Legislative Building to hold the regular City Council sessions in person.

He assured the public that the session would be conducted with respect to social distancing and proper disinfection.

“It is very difficult to hold session online. People can’t hear each other,” said the vice mayor.

To make up for backlog in the past week, Rama said they would hold two sessions next week, on April 20 and April 23.

He said this would only be for the next week because the council would return to their regular schedule every Wednesday in the last week of April.

Rama said he hoped the council members would stick to the agreed schedule especially at this time of the pandemic where the council’s decisions are essential to the city’s welfare. /dbs