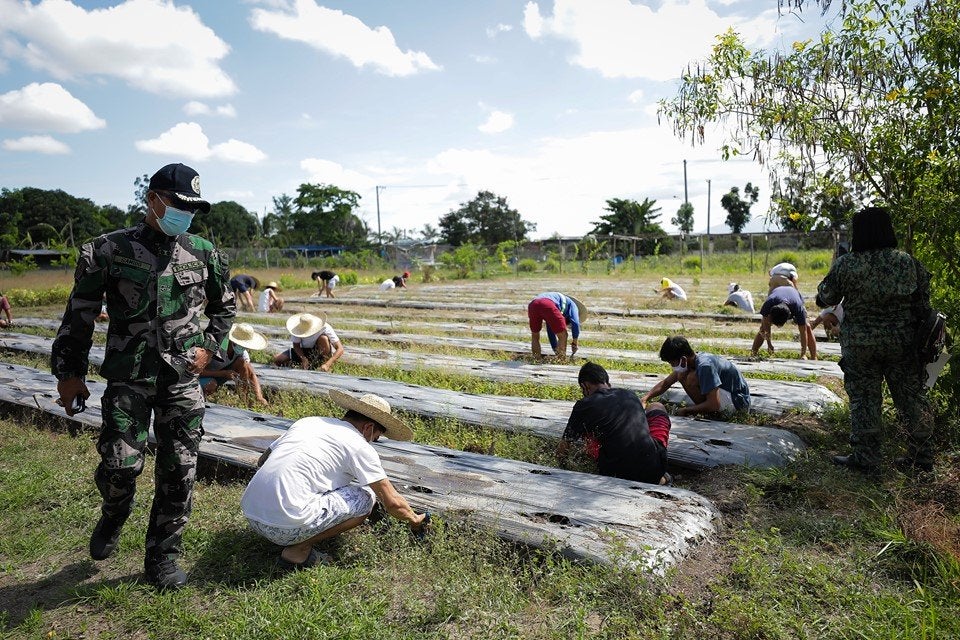 Violators of the enhanced community quarantine in the City of San Fernando in Pampanga province are punished by requiring them to plant vegetables in the city nursery. | Contributed photo

CITY OF SAN FERNANDO –– At least 35 first-time offenders of the enhanced community quarantine (ECQ) in this Pampanga capital were punished by making them plant vegetables in the city nursery on Saturday.

“We made them plant kalabasa and okra for two to three hours,” said Col. Paul Gamido, city police director.

Gamido used to punish violators by requiring them to do body exercises for several hours. “I think making them plant vegetables is more productive nowadays,” Gamido explained.

The city nursery, established in 2016 in the northern barangay of Lara, helped popularize urban gardening in 44 schools and 35 villages.

The nursery also produces ready-to-plant seedlings, which came in handy during the ECQ when vegetables were scarce or pricey, according to Cristina Sangumay, city agriculture officer.

The offenders, all males, were arrested for violating curfew hours, not wearing face masks or inability to present a quarantine pass. They were also taught gardening methods.