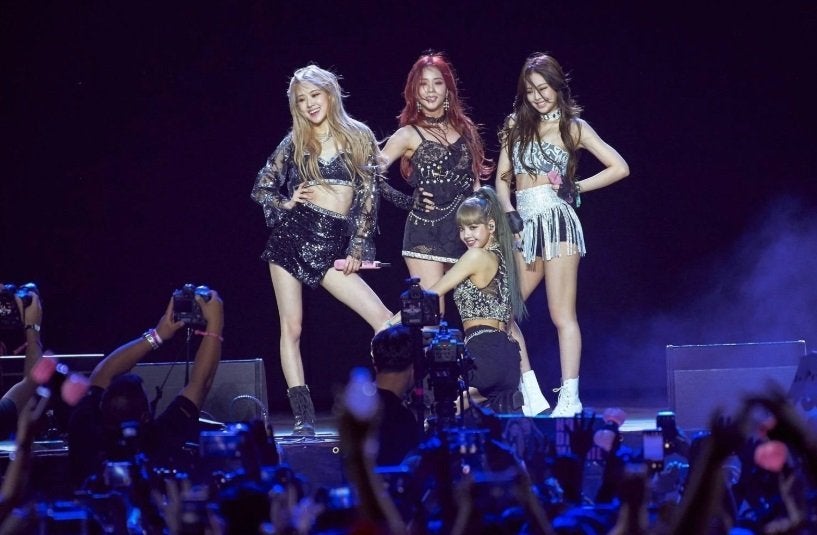 (YG Entertainment) via The Korea Herald

The US pop star took to social media to unveil the track list for her upcoming sixth studio album, “Chromatica,” including the track “Sour Candy” with the South Korean girl group.

“The collaboration came naturally as Blackpink and Lady Gaga listened to each other’s music and became fans of one another,” YG said in a statement.

“Chromatica,” one of the most highly anticipated pop releases this year, was initially set for release in April but the singer decided to postpone the move after “a lot of deliberation.”

She has yet to announce a new 2020 date for the album.

Blackpink is one of three acts featured on Lady Gaga’s new album, the others being Elton John and Ariana Grande.

The overwhelming interaction comes as Blackpink fans have been waiting for over a year for a new release. The band’s last EP, “Kill This Love,” was released in early April 2019.

Since its debut in 2016, the four-piece group has emerged as YG’s top-selling act over the years.

But in a nearly four-year career with a world tour under its belt, the band has yet to release a full-length studio album, frustrating fans and prompting a protest with a truck near YG Entertainment’s building in Seoul last year.

“At least two comebacks as a whole within a year,” a sign carried by the truck read. Next to it was the slogan “Blinks demand for Blackpink.”

In 2017, the group teamed up with British singer Dua Lipa on “Kiss and Make Up” — a song featured in the repackage of the singer’s self-titled debut studio album.