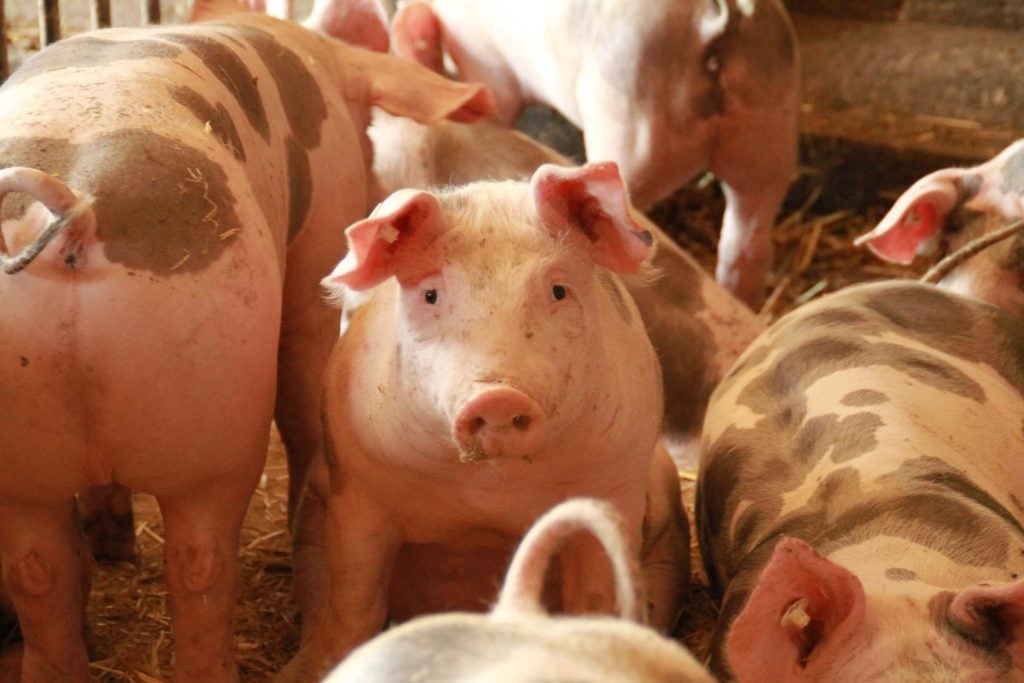 Labella signed Executive Order Number 72 on April 28, 2020, lifting the hog ban from Luzon and Mindanao and placing a new directive that allows pork only from dark green and green zone areas.

Dark green and green zone areas are provinces that have not been affected by the African Swine Fever (ASF) identified by the Department of Agriculture (DA). This would include some provinces in Mindanao.

This is the concern of the hog raisers in Central Visayas, especially those who are operating their farms in Cebu.

Rolando E. Tambago, Central Visayas Pork Producers Cooperative (CeViPPCo) president, said they were very concerned with the implications of lifting the ban, even if they would only allow those coming from areas identified as safe by the Department of Agriculture.

“The risk is still high and if ASF enters Cebu, the whole industry will suffer,” said Tambogo in a phone interview with CDN Digital.

He said that even if only Cebu City allows the entry of pork from outside, the risk can affect the entire Cebu province’s hog industry worth P10 billion. Cebu City produces canned goods and other pork products that would be distributed all over the province.

“We hope the mayor can reconsider,” he said.

However, Tambago said that CeViPPCo would trust the city government’s judgment and would really appreciate it if all the measures to protect the industry would really be observed like careful checking of all the needed documentation for all the pork products coming in from these areas. 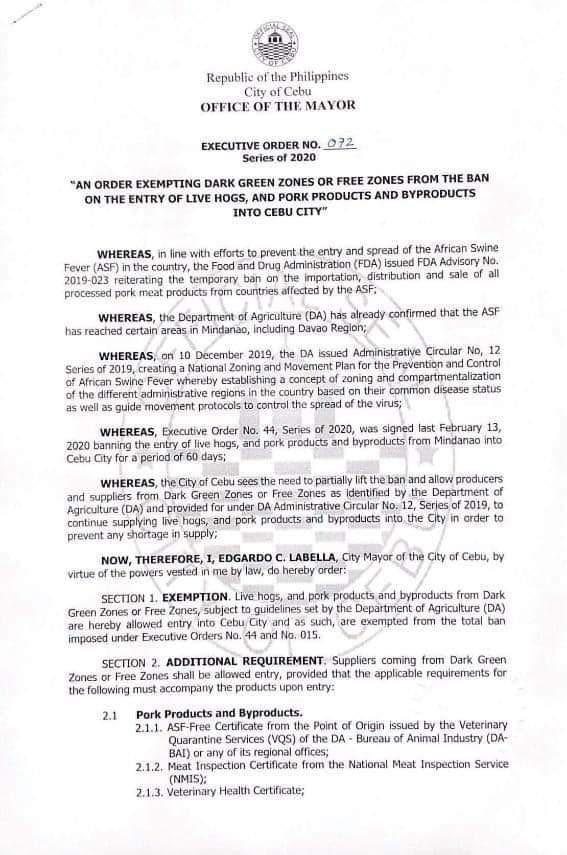 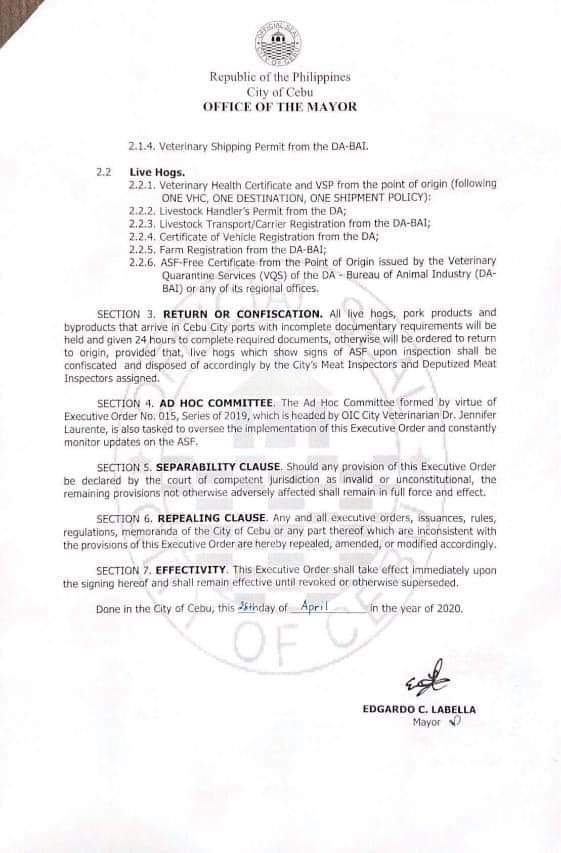 For Doctor Jennifer Laurente, the head of the Department of Veterinary Medicine and Fisheries (DVMF), there is no risk in allowing the entry of pork in the city from DA-approved areas.

She said the city needs the hog ban to be lifted because the supply has been running low.

“Before the mayor signed the EO, we discussed the need for more pork supply in the city. Supermarkets said they almost do not have any more pork supply. We really need the pork,” said Laurente.

Laurente said the enhanced community quarantine (ECQ) has affected the supply of pork and pork products into the city.

She assured hog raisers that the hogs cannot easily enter the city even with the loosening of the restrictions as the DVMF will still require permits such as certification from the National Meat Inspection Service (NMIS).

The product’s source will need to be fully documented and checked by the DVMF upon entry in Cebu City.

Finally, the EO only works in Cebu City, and products from Mindanao or Luzon still cannot enter Cebu Province as the hog ban has not been lifted by the provincial government.

“We assure the public our pork and hogs are safe in Cebu City,” said Laurente. /rcg