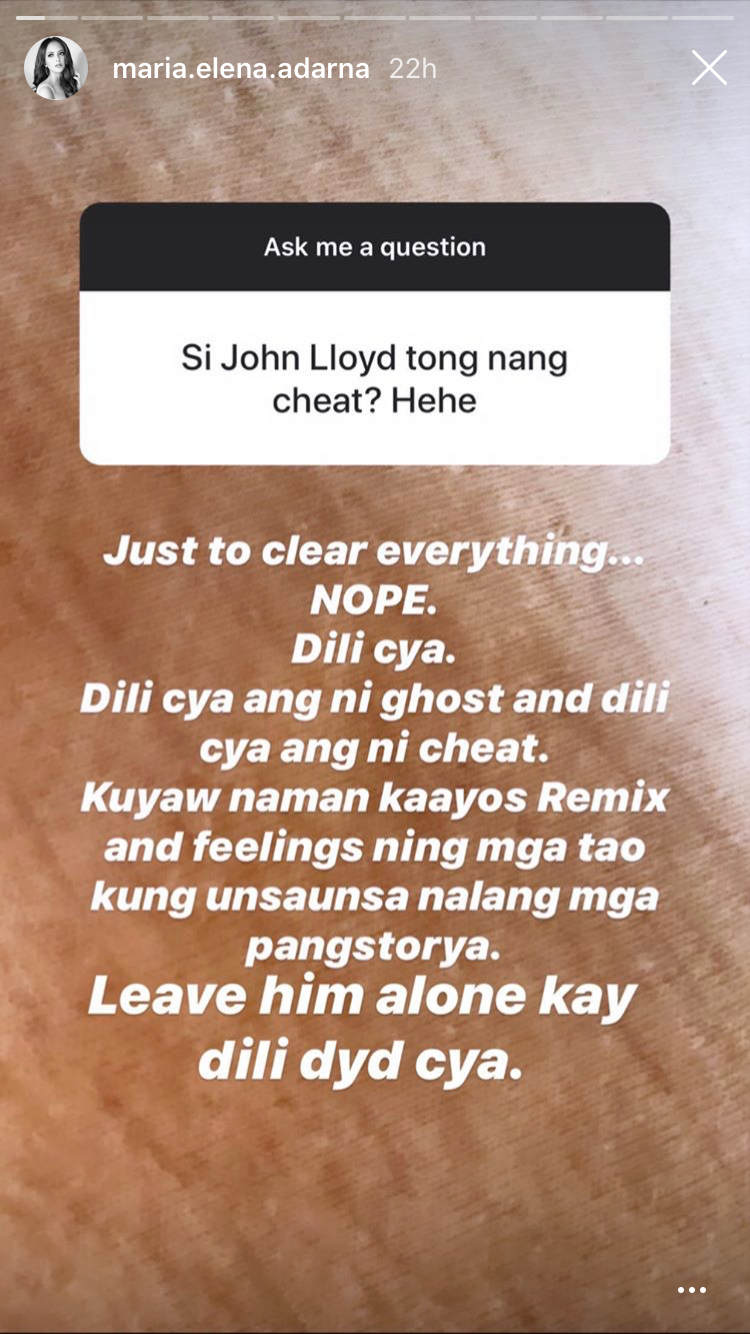 CEBU CITY, Philippines– Ellen Adarna yet again shocked the entire online world when she cleared to her followers that it was not John Lloyd Cruz whom she was referring to as her ex-boyfriend who cheated on her.

This revelation came after Ellen Adarna engaged with her followers on May 1, 2020 on her Instagram account when she allowed them to ask her any question and one question that went viral was “Kasuway naka na cheatan?”

And Adarna had the perfect answer to it but left her followers hanging as to who she was referring to.

Read: Ellen Adarna talks about how she overcame cheating by an ex-boyfriend on IG

It was no surprise that her followers would think that it was Cruz since he was the last guy whom Ellen Adarna was publicly linked with and that they had a son, Elias Modesto.

Well, at least everyone can now scratch Cruz from Adarna’s long list of ex-boyfriends. /dbs