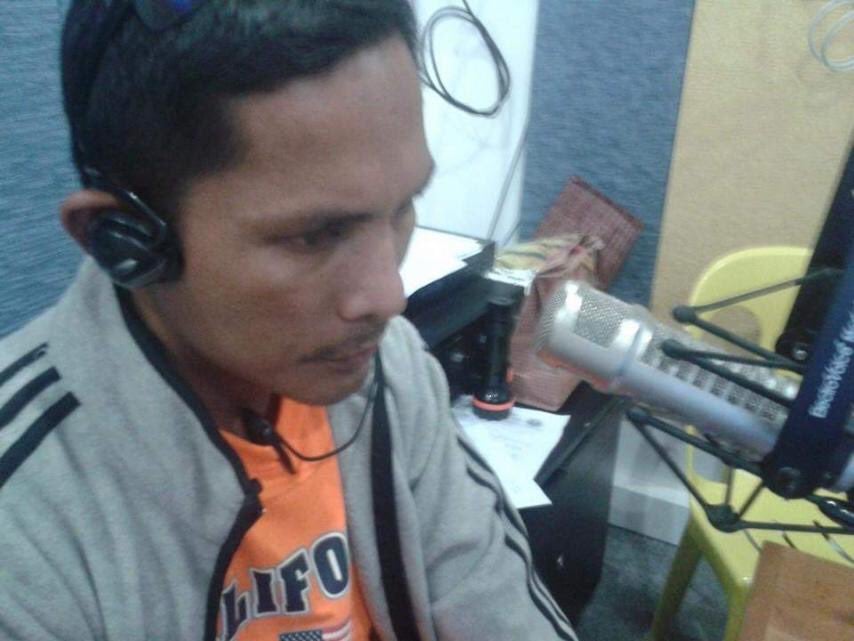 CEBU CITY, Philippines—Police in Negros Oriental are still working to determine the motive of the killing of Rex Cornelio Pepino, a Dumaguete-based journalist, and radio broadcaster, who was gunned down Tuesday night, May 5, 2020, in Barangay Daro, Dumaguete City.

Police Colonel Julian Entoma, the chief of police of the Negros Oriental Police Provincial Office (NOPPO), told reporters in a call conference on Wednesday morning, May 6, that they still haven’t have any leads on the case as of this posting and added they will be needing the help of witnesses to be able to solve the case.

(We welcome all the information anyone can give us because still don’t have any lead or angle with the shooting. We welcome every information about this case because as of now we only have one witness and that is his wife, whom we have not yet interviewed because she was still in a state of shock.)

The 49-year old Cornelio, who is well-known in the city as a radio broadcaster was on his way home to Sibulan with his wife after hosting his program “Pokpokin mo Baby” over Energy FM 93.7.

According to a source close to the victim, he was stopped by riding-in-tandem gunmen and shot at close range. Two gunshots hit him on the chest, another one on the head, one on the shoulder, and one on the left wrist.

Pepino was rushed to the Silliman University Medical Center where he was declared dead on arrival.

Presently, police are looking to acquire closed circuit television (CCTV) footage from the area of the crime that could hopefully help the case, even though it would still be difficult for them to identify the perpetrators since they were wearing face masks and helmets during the crime.

Entoma will be meeting with his team Wednesday afternoon to form a special investigation task group that will dig deeper into the investigation of the shooting of Pepino.

(We will do our best to have a fair investigation with regards to the death of Cornelio Pepino.)

Pepino is survived by his wife, Colleen, and their two children. /bmjo