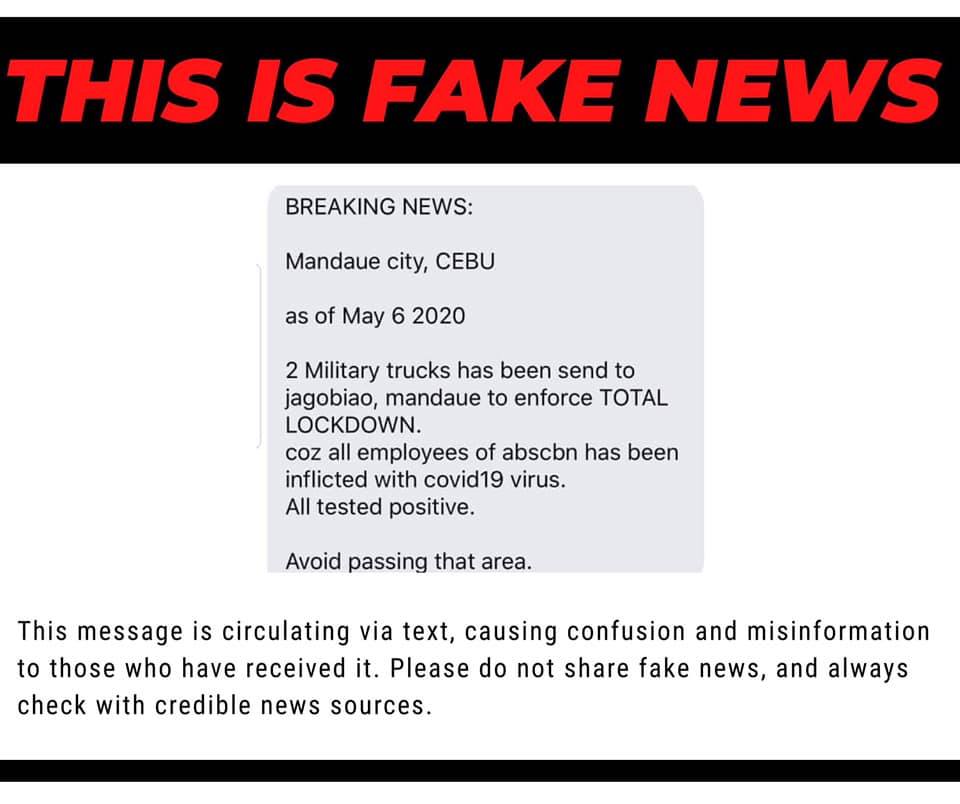 CEBU CITY, Philippines — The Mandaue City government has tagged as fake news a message that has circulated via mobile text messages claiming that military  troops were sent in Barangay Jagobiao, Mandaue City to enforce a total lockdown.

The “fake news” message alleged that all employees of ABS-CBN, whose Cebu station is located in the barangay, are inflicted with coronavirus.

“We would like to inform everyone that there is NO TRUTH TO THIS MATTER. This is FAKE NEWS. The purpose of this is to cause fear and panic. Such act is punishable by law,” the city said in a statement through the Public Information Office.

The city government called on the public to immediately report to authorities anyone who would forward the false information.

(Reports circulating claiming that workers of ABS-CBN Cebu have COVID-19 is false.)