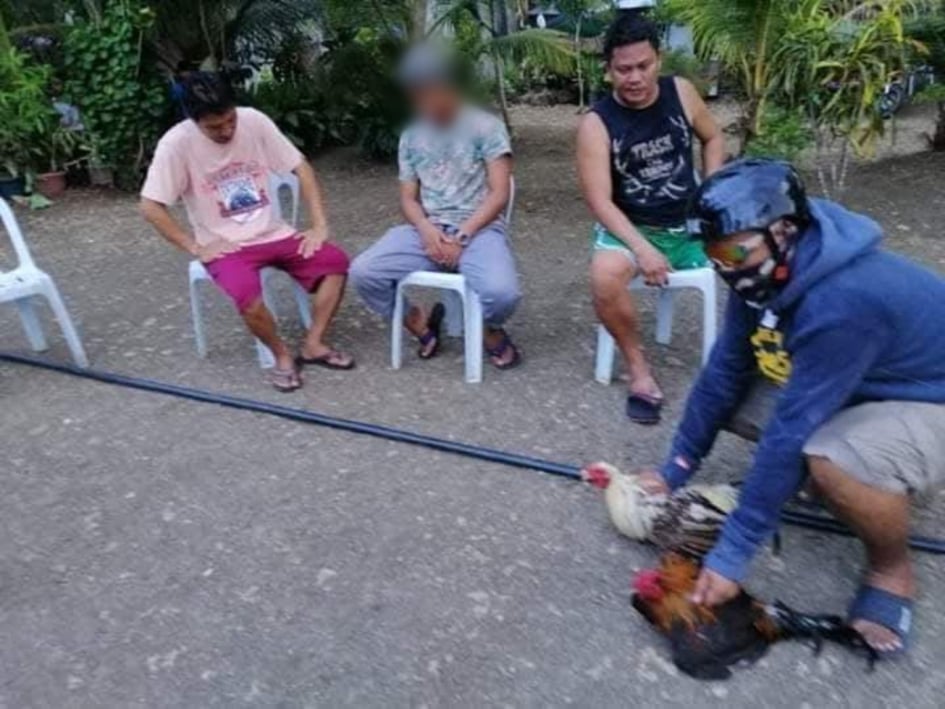 CEBU CITY, Philippines — Two councilmen of Barangay Candabong in Dumanjug town, southern Cebu will be facing charges for violation of Presidential Decree 1602, or the law on illegal gambling, and the enhanced community quarantine (ECQ) after they were caught engaging in an illegal cockfighting activity on Thursday afternoon, May 7, 2020.

Police Major Ardeioleto Cabagnot, chief of Dumanjug Police Station identified the two councilors as Regelio Mayonila, 38 and Mark Gil Bendallio, 35. Also nabbed together with the two was a minor, whose name is withheld.

According to Cabagnot, there were more who were part of the illegal activity but only the three were arrested as the other participants quickly scampered when police arrived.

“We were not able to arrest everyone as there were too many of them and the police were not familiar with the area,” said Cabagnot, who added that they acted on the activity after receiving a tip from a concerned citizen.

When the two councilors were asked why they were engaged in the activity, Cabagnot said that two admitted it was just their way to relieve themselves from boredom brought by the ECQ.

Cabagnot said that despite the constant reminder of the baramgay officials and the police about the rules of ECQ and consequences they may face, there are still those who continue to violate, including town officials.

But Cabagnot said that if these people continue to engage in illegal activities such as cockfighting while on ECQ, they better be careful because the police will not rest until they get arrested, especially since the community is now active in reporting these activities.

The three men are currently detained in the Dumanjug Police Station pending the filing of charges. /bmjo