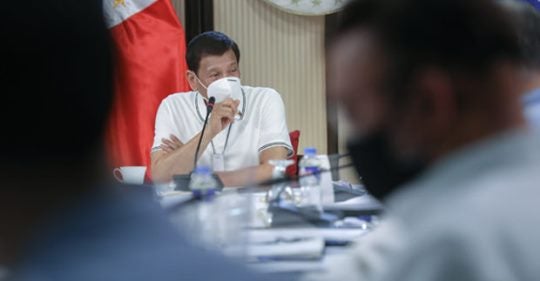 The Supreme Court on Friday dismissed a lawyer’s petition that sought to compel President Rodrigo Duterte to make public his latest psychological examination results, health bulletins, and other medical records to prove he is still fit to lead the country.

The high court’s public information chief, Brian Hosaka, confirmed the dismissal of the petition of lawyer Dino de Leon but could not provide details because he had not seen the high court’s ruling.

Presidential spokesperson Harry Roque noted “the latest decision of the Supreme Court dismissing the petition to disclose the President’s health records,” a petition he described as having “no legal and factual basis.”

“We believe it is designed to distract the President from his job and erode the confidence of the Filipinos in his leadership, particularly in this time when we are confronted with extreme health crisis,” Roque added.

In a text message to the Inquirer, Panelo said the dismissal of the petition should “put to rest any doubt on the President’s fitness to govern the country” although there was no indication that the high court ever discussed the state of Duterte’s health.

“Any citizen need not go to the [Supreme Court] to compel the President to show his state of health if he is suffering from a serious illness. He is a very transparent President, he tells us what ails him if he feels unwell,” he added.

In fact, De Leon used the President’s admission that he was suffering from myasthenia gravis, Buerger’s disease, acid reflux, Barrett’s esophagus, spine issues and migraines to suggest that Article VII, Section 12 of the Constitution should be enforced.

The provision states that “[i]n case of serious illness of the President, the public shall be informed of the state of his health.”

De Leon claimed in the petition that Duterte looked “pallid” in his recent public appearances and his statements were “incoherent, unresponsive and filled with unintelligible rumblings.”