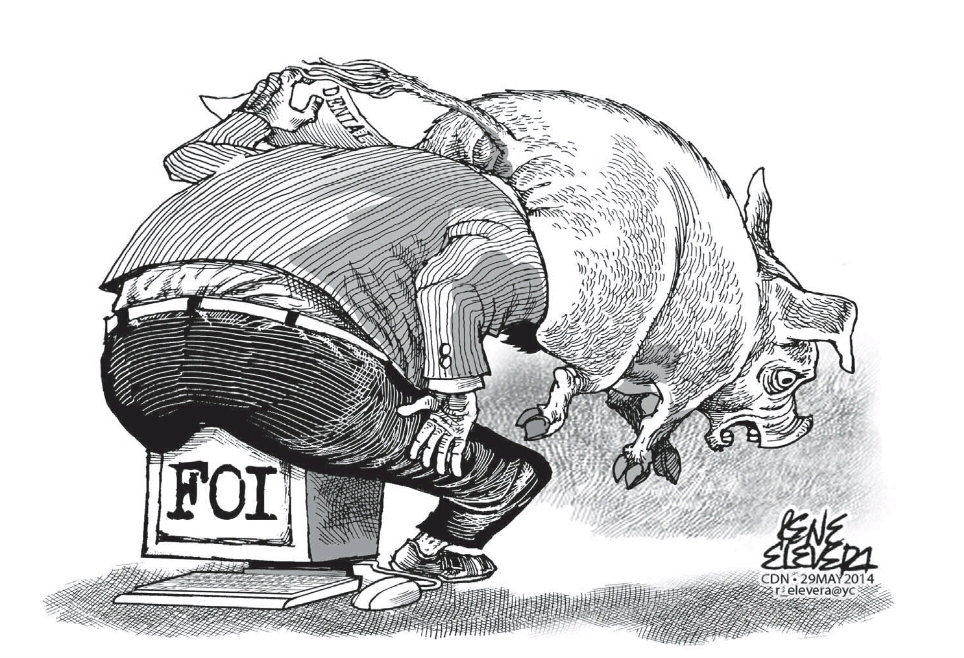 Sen. Aquilino Pimentel III’s disclosure that the Freedom of Information bill (FOI) and the bill decriminalizing libel will not be passed anytime soon is a big blow to proponents of the two measures who’ve lobbied for years to have them enacted into law.

They have “businesswoman” Janet Lim-Napoles to thank for the debacle after she came out with a list of senators and congressmen who supposedly did business with her from 2002 well into the next decade, including Pimentel.

The good senator from Cagayan de Oro would have simply dismissed the allegations and filed suit instead were it not for Napoles’ claim that the corruption supposedly involved Pimentel’s ex-wife Jewel Lubaton.

There are few things that can make anyone pause and reconsider their positions in life than an accusation that hits one’s family. And Napoles’ allegation that she did business with the senator’s former wife made libel a viable option for him.

Decriminalizing libel would deprive him of legal means with which to make Napoles pay for her allegation, unfounded and criminal it may be. But the refusal to approve the twin bills doesn’t end at Pimentel’s doorsteps.

The three lawmakers and principal suspects in the pork barrel controversy—Senators Juan Ponce Enrile, Jose Estrada and Ramon Revilla Jr.– will certainly think twice about endorsing the two bills as the other accused like Senators Francis Escudero, Loren Legarda (a former broadcaster) and Pimentel.

From their point of view, they would probably think that if the media can be this aggressive without the two laws, how much more so if these are enacted into law?

We’re not even talking about the online community or netizens who post and comment on burning issues of the day despite stiffer penalties for online libel.

Pimentel’s statement, however, isn’t a definitive closure on the two bills. If anything, it should serve as further motivation for the media and its supporters to lobby for its passage even more.

The continued refusal and roadblocking of government agencies to give full access to public documents that detail every transaction involving public funds is enough reason for the passage of the two laws which ensure the public’s right to transparency and accountability in government without fear of reprisal through imprisonment and civil liabilities.

It’s a debacle to be sure but the fight to pass the two laws remains. The public should continue to press their lawmakers and their elected officials to enact the law without delay.

Without them, who knows how many unscrupulous “entrepreneurs” like Janet Lim Napoles would remain hidden in the shadows, bleeding the country’s coffers dry.