CEBU CITY, Philippines — Daanbantayan Mayor Sun Shimura has advised owners of establishment in the town to allow senior citizens to avail of their services while the province is under the general community quarantine (GCQ).

In a memorandum issued on Wednesday, May 27, 2020, Shimura said the seniors are not among those confined under the 24-hour curfew based on the GCQ guidelines of the Cebu Provincial Capitol.

The mayor said they have received reports that some senior citizens have been denied to buy basic goods or avail of services in the establishments in the northernmost town of Cebu despite the GCQ.

Under Governor Gwendolyn Garcia’s Executive no. 17, which sets the GCQ guidelines of the province effective last May 20, only unemployed individuals below 21 years old and immunocompromised persons are under the round-the-clock curfew.

“This provision clearly stipulates that senior citizens are not included in the 24-hour quarantine hence they should not be denied entry in your establishments,” Shimura said in the memorandum. 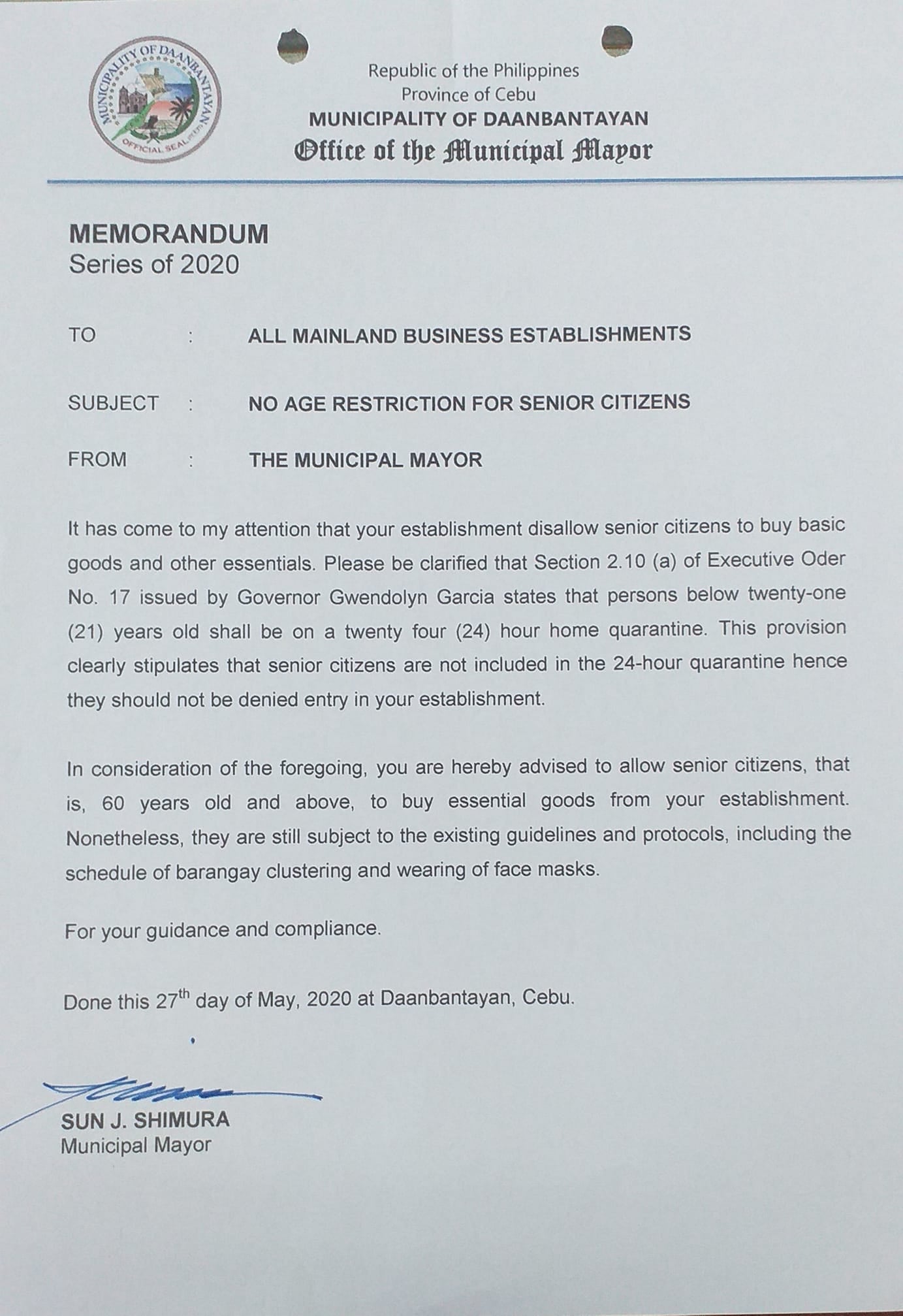 Daanbantayan Mayor Sun Shimura issues a memorandum allowing senior citizens to avail of services from establishments in the town.

“In consideration of the foregoing, you are hereby advised to allow senior citizens, that is, 60 years old and above, to buy essential goods from your establishments,” the mayor added.

In earlier reports on national media outlets, Trade and Industry Secretary Ramon Lopez said senior citizens are not barred from buying essentials amid the COVID-19 pandemic.

The Department of Interior and Local Government (DILG) has also said that senior citizens living alone or those who are still employed or managing businesses may go out to work or avail of basic services.

Despite that seniors are permitted to go out to run errands, Shimura said the movements of the seniors are still covered by the general policies imposed by the government, including market schedules and the mandatory wearing of face masks or other protective gear when going out. /bmjo