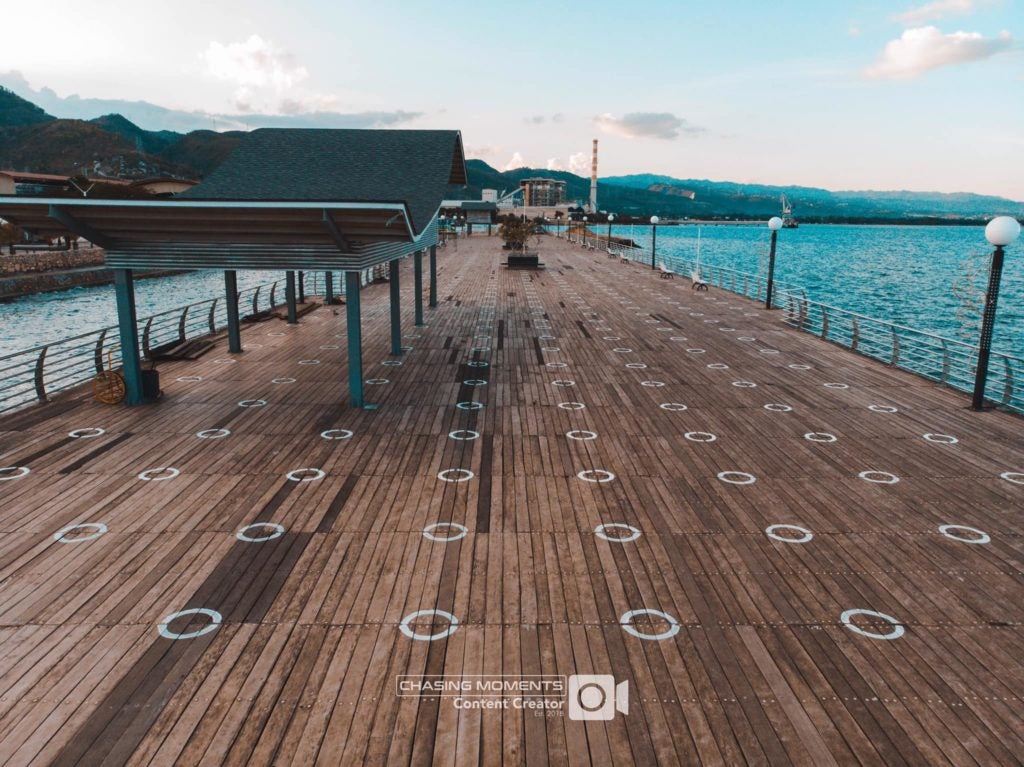 MOALBOAL, CEBU — A netizen from Barangay Lutac, Naga City captured an interesting sight in his visit to the city’s famous boardwalk on Tuesday afternoon, May 26, 2020.

29-year-old Chanix Tatum said that he was amazed when he first saw the white circles drawn on the floor, which serves as a guide to where people should stand to follow social distancing protocol once the boardwalk opens again.

Presently, the boardwalk is still closed to the public.

He said he already saw a post about these circles but was amazed when he saw them up close.

(The boardwalk is not open yet..this is just a preparation for the ‘new normal’ after the GCQ (general community quarantine)…There’s a post also in the City Government of Naga page about this white circles.) 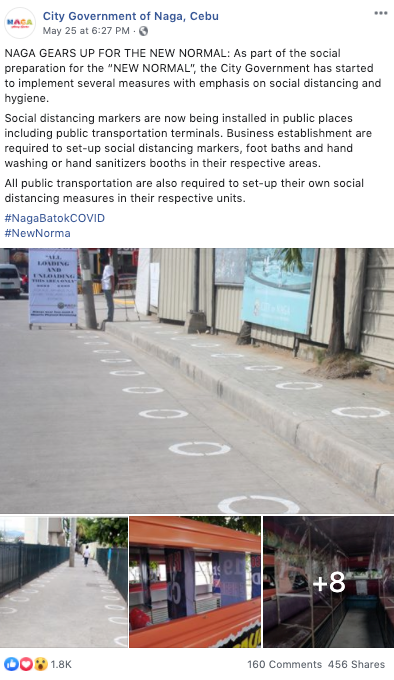 Tatum shared to CDN Digital how he ended up in the area.

(I visited the place to confirm if jogging is already allowed. Then when I saw circles, I found it amazing so I decided to get my drone, which I usually bring it with me.)

Captivated by the circles, Tatum posted his drone shots on his Facebook page dubbed “Chasing Moments,” on Wednesday, May, 25, 2020. It has since drawn mixed reactions from the netizens.

Some expressed doubt on whether the public will actually follow proper social distancing guidelines.

(There will still be some who won’t follow this, the circles will end up being the ones that will adjust.) /bmjo