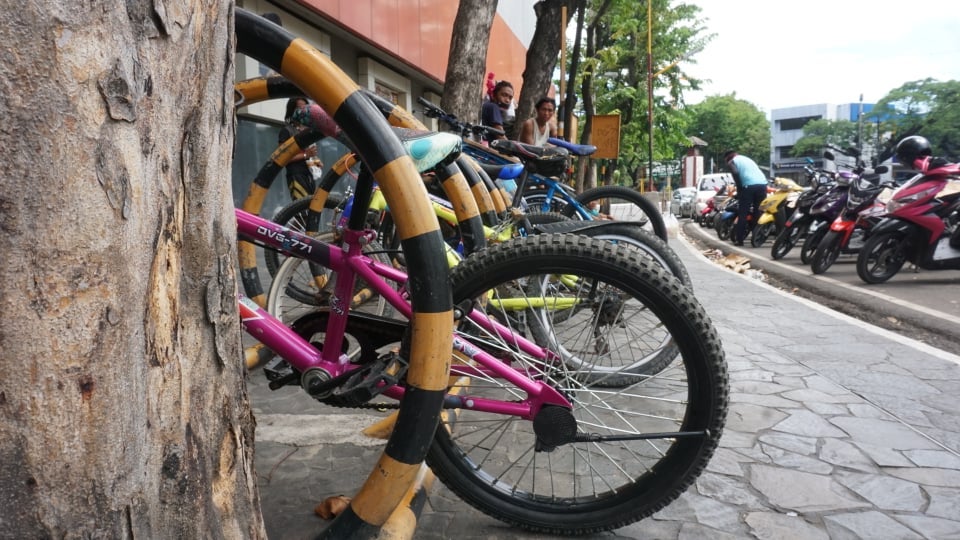 Bikes are seen parked in a bike rack located outside a mall in Cebu City on Friday on May 29, 2020. Today, Mayor Edgardo Labella suspended indefinitely the requirement for bikers to register their bikes at the CCTO. | CDN Digital file photo

CEBU CITY, Philippines — Cebu City Mayor Edgardo Labella has suspended the registration of bicycles in the city amid the growing use of the two-wheeled non-motorized vehicle during this time of community quarantine.

Reports from biking communities initially spread on social media that police and Cebu City Transportation Office (CCTO) enforcers have been telling bikers that they need to register their bicycles to the CCTO.

The CCTO also confirmed to CDN Digital that they had been urging the bikers to register their bicycles for easier monitoring and for safety on the streets as well.

The registration is actually required in an ordinance that was passed at least 17 years ago, but this was not implemented extensively because bicycles were not often used in the past.

The recent lack of public transportation has prompted many people to use the bicycle, and the CCTO deemed the registration necessary to ensure safety on the streets.

However, the required registration did not sit well with the public as presented in the comment section of CDN Digital’s post of the story entitled, CCTO to bike users: Register your bikes for safety.

Many netizens protested that the registration was unjust because the city has not provided bike lanes to the bikers in the “17 years” the ordinance existed.

A bike lane route has already been proposed by Cebu City’s Sugbo Bike Lanes Board in July 2019, but this has not been realized almost a year after.

Merely three hours after the CCTO’s statement on the registration, Labella has released his own statement and order on his Facebook page.

“Taking into consideration the welfare of the Cebuanos, the requirement on mandatory registration of bicycles and prohibition of their use in Cebu City streets are SUSPENDED INDEFINITELY, effective today,” said Mayor Labella.

Labella said that as of now the bicycles could traverse any part of the city, and they would not be apprehended for not being registered.

Still, bikers are urged to follow the traffic rules and put utmost priority to their safety.

Mark, (not his real name), is a 25-year-old call-center-agent who rides his bike to work. He welcomed the suspension of the registration as he did not have his bike registered simply because he did not know it was required.

(If we were required to register, I will have my bike registered. The fee of P40 is not a problem, but we were shocked because police suddenly asked us about our registration. They should first build a bike lane.)

He also said that bicycles are a necessary mode of transport while the jeepneys have not yet returned to the streets, and the city government should not tax the bikers for it. /dbs