CEBU CITY, Philippines — Cebu City’s opposition party, the Bando Osmeña-Pundok Kauswagan (BO-PK) has denied the allegations of the City Administrator Floro Casas Jr., that they sabotaged the distribution of the financial assistance for senior citizens.

Casas alleged that a member of the opposition spread false information online that the deadline for the claiming of the financial distribution was on June 15, 2020, despite no such announcement from the city government, prompting the senior citizens to flock the City Hall on June 10, 2020.

BO-PK sent images to CDN Digital from city residents showing that the Office of the Senior Citizen’s Affairs Office (OSCA) replied to inquiries on their Facebook Page that the deadline for the claiming of the financial distribution was on June 15, 2020. 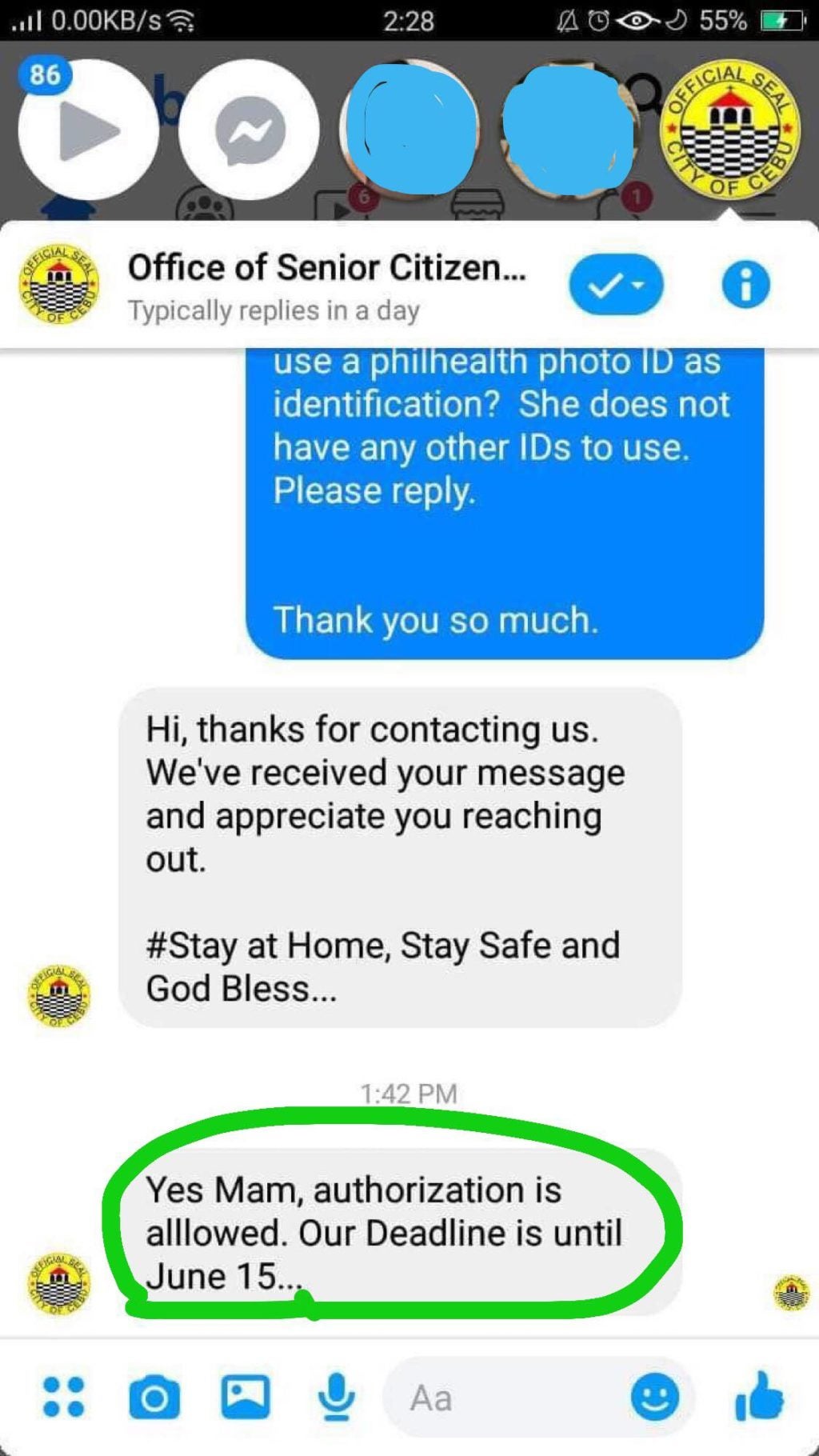 A conversation between OSCA and a Cebu City resident.

In the response to a city resident, OSCA said, “Yes, ma’am, authorization is allowed. Our deadline is June 15…”

Despite this, the OSCA clearly stated in their Facebook page that the money could be claimed through a person legally authorized by the senior citizen, and no announcement pertained to inviting the senior citizens to personally claim the cash assistance.

“Why blame other people when they have themselves to blame? We ask, is Mayor Labella still in control of his own people. They better not pass the blame to other people. They themselves are to blame for the mess,” said Lawyer Amando Virgil Ligutan, BO-PK legal counsel.

“Also, if City Hall was ‘not expecting’ the senior citizens to come, why were the tables already prepared? They better put their acts together. They can’t lie forever,” BO-PK legal counsel Ligutan added.

The senior citizens have been flocking the City Hall since June 8, 2020 and the distribution continues today, June 11, 2020, at the Cebu City Coliseum due to rains.

Mayor Edgardo Labella recently ordered the investigation on the spread of the false information online that has placed the senior citizens in the city in danger./dbs