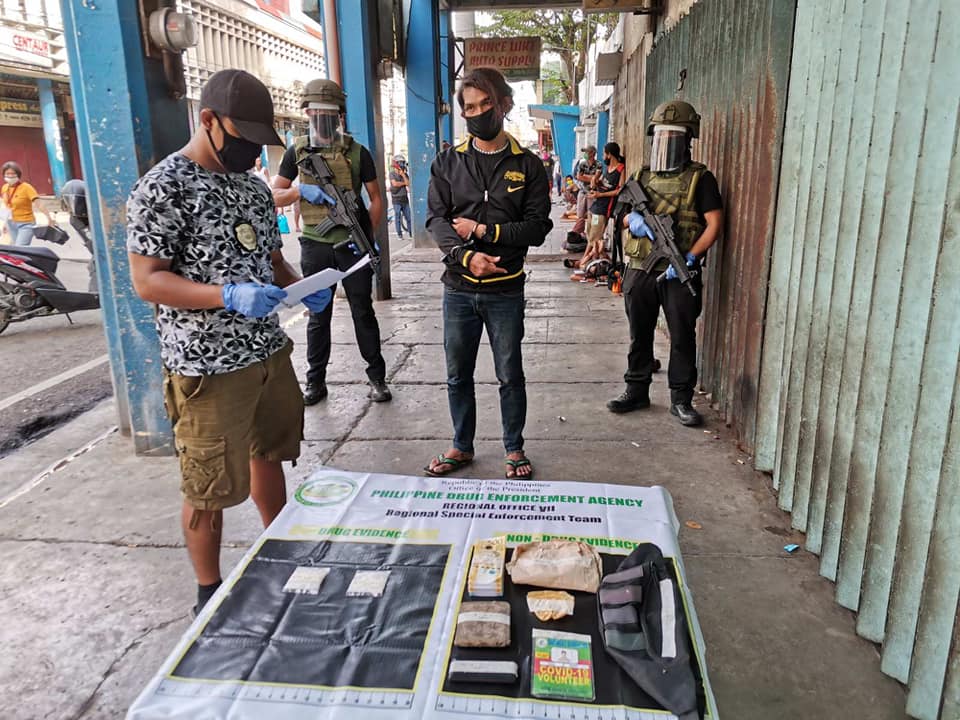 The HVT was identified as Janrey Yrey Sibomit, 34, a vendor and a resident of Barangay Ermita, Cebu City. His cohort, Jezon Flores Sabroso, was able to escape during the buy-bust operation.

Two packs of suspected illegal drugs that weighed an estimated 50 grams were among the pieces of evidence collected from the scene.

The value of the confiscated drugs is pegged at P340,000.

The suspect is said to have been distributing the suspected illegal drugs around the city for quite some time now, which is why he was on the high-value target list of PDEA-7.

Sibomit will be facing charges in violation of Sections 5 and 26 in Article II of RA 9165 or the selling of illegal drugs. /bmjo

Read Next
A Talisaynon’s guide to MECQ