WHO: PH has fastest rise in virus cases in Western Pacific

MANILA, Philippines — In nearly two weeks, the Philippines had the fastest rise in coronavirus cases in the Western Pacific region, more than three times that of Singapore which is battling a second wave of infection.

Data from the World Health Organization (WHO) showed that the country has logged 8,143 new cases since June 16, the highest among 22 countries in the region.

Singapore was a far second with 2,351 new cases during the same period, while China, where the SARS-COV-2 virus that causes COVID-19 originated, had 302.

Since the Philippines began easing restrictions on May 15, there has been a total of 22,935 new cases, including 738 new infections on Saturday. This represents almost 66 percent of the nationwide total of 34,803.

Among the WHO’s Western Pacific members, the spread of the virus is most notable in the Philippines and Singapore.

Unlike the Philippines, the city state is addressing a second wave of infections, after being praised worldwide for its efforts early this year in controlling the spread of the virus. 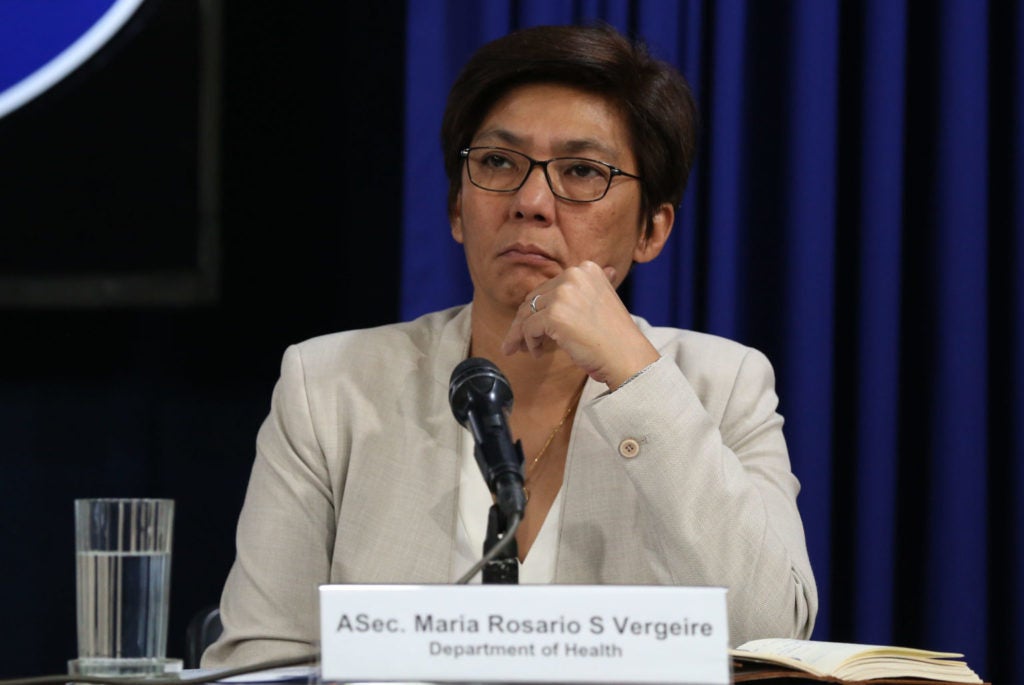 Mike Ryan, executive director of the WHO’s Health Emergencies Program, earlier said it’s possible that some countries may see a “second peak” of cases in its first wave “because the disease has not been brought under control.”

“If you start to experience a second peak, then the chances are that the disease is spreading in a way that you have not got full control over that,” he said.

The Department of Health (DOH) said the recent increase in coronavirus cases “could be mitigated through continued behavior change.”

“We all know what everyone should do, as well as our local government units who are our leaders in our response,” said Beverly Ho, head of the DOH health promotion and communication service.

“We are grateful for our local officials who serve as examples to our citizens in wearing masks, practicing physical distancing. You are role models to your constituents,” she added.

Of the 738 new cases in the country, 560 tested positive in the last three days. Metro Manila accounted for the most number of these cases at 212, followed closely by Central Visayas with 184.

The remainder of the additional cases, or 178, are patients who tested positive four days ago or earlier. Metro Manila topped this list at 85.

There are now a total of 9,430 patients who have recovered from COVID-19 with the addition of 249 recovered patients.

The DOH on Saturday said it stands by the integrity of the tests done on persons stranded in Metro Manila who turned out positive for the coronavirus upon returning to their home provinces, as it stressed that these individuals may have been infected after they were tested.

“Whenever we do testing, it’s a one-time event. This means that if your results are negative, then you went out, for example to do groceries, you may have been exposed again. That’s why we can’t give an assurance to a person who is negative [for the virus] that he will remain so until he gets home,” Health Undersecretary Maria Rosario Vergeire said.

In the case of locally stranded individuals (LSI) —as the government classifies travelers who are unable to return to their home provinces—Vergeire said some of them waited for around five days for their test results.

There is the possibility that they may have interacted with an infected person during that time, she said.

This may explain why, when the receiving local government tested the person anew, his results came back positive.

“This is why we do not want to do mass testing because even if you test the entire population today, tomorrow everyone will be subjected to exposures again. Not unless everybody stays home and no exposure will happen. But that is not the case,” Vergeire said.

In the case of Cebu City, Vergeire earlier said that a team of epidemiologists sent there last week would verify if the returnees somehow helped drive infection in the city just after it eased quarantine restrictions early this month.