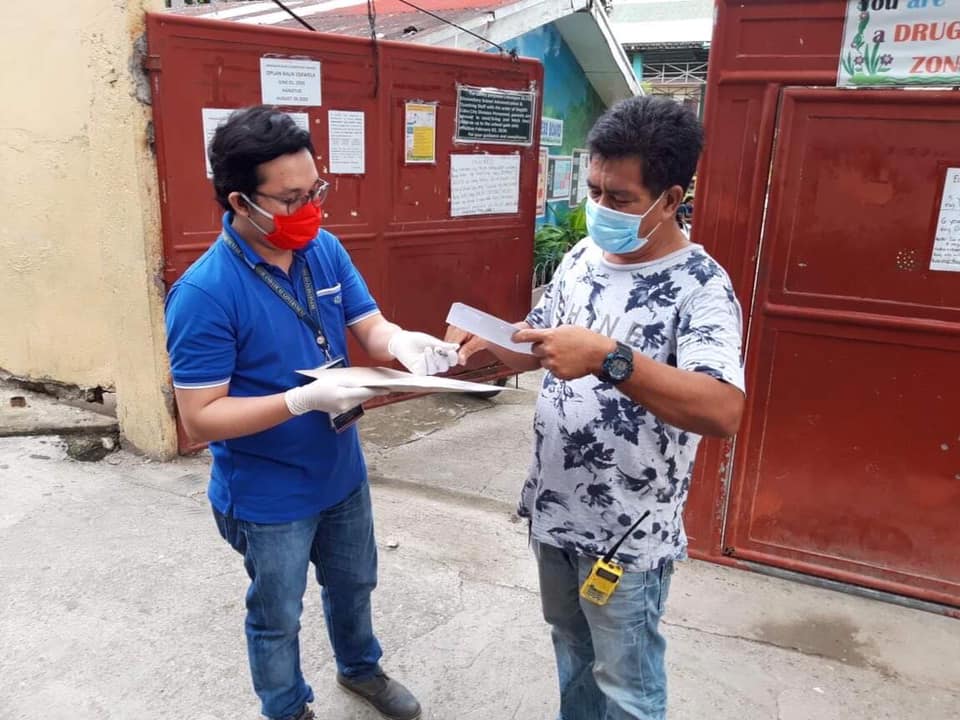 The Department of Interior and Local Government in Central Visayas (DILG-7) issues a show-cause order to Calamba Barangay Councilor Renante Bendol over the disco-incident in their barangay last June 28, 2020. | Photo Courtesy of DILG-7

CEBU CITY, Philippines — The Department of Interior and Local Government in Central Visayas (DILG-7) has issued a show-cause order to Inayawan Barangay Captain Kirk Bryan Repollo and Calamba Barangay Councilor Renante Bendol on July 2 over the public gatherings in their barangays.

Repollo was issued a show-cause order due to the reported rice distribution in one of the sitios in the barangays that have drawn the residents to a public gathering.

Photos circulating on social media caught the attention of the DILG after it showed many residents crowding the gym with no respect for social distancing.

The village chief, himself reported the incident to the police because the distribution was not organized by the barangay, but was instead organized by the Mayor’s Information and Liaison Office (MILO).

Still, Lawyer Kenneth Lucero, the director of DILG Cebu City, said that the show-cause order will still be issued to Repollo because he is the village chief.

Repollo said he would accept the show-cause order since he was confident that there was no case against him. Instead, he would use the opportunity to reveal the truth of the incident.

(We receive this without any qualms because we are ready to answer the order and provide clarity that we were not involved in what they did and that we coordinated with the police for that matter.)

Meanwhile, the DILG-7 also issued a show-cause order to Barangay Councilor Bendol of Calamba for failing to report the illegal conduct of a disco in his sitio.

According to Barangay Captain Victor Quijano, Jr., the councilor lived a few meters away from the chapel where the incident happened, but he did not report it to the barangay for proper action.

“Calamba Punong Barangay Victor Quijano Jr. said SB Member Bendol lives in Sitio Mahayahay 1, a few meters away from the chapel where the said events took place, yet the latter did not report to the barangay so it can respond, thus ignoring the directive on home quarantine and prohibition of mass gatherings,” said DILG-7 in a statement.

Quijano, himself, was also issued a show-cause order over the incident on June 30, 2020.

DILG-7 said both barangay officials would be given 48 hours to respond to the show-cause orders or they might face administrative charges over the two separate incidents.

In a span of five days, the DILG-7 issued a total of four show-cause orders. The first was served on Basak-San Nicolas Punong Barangay Norman Navarro following the conduct of a religious procession on June 27.

Interior and Local Government Secretary Eduardo Año recently announced that those responsible for any violation of the quarantine protocols will be made accountable. /dbs

Read Next
Abellanosa on signing of ATB into law: It could have been improved