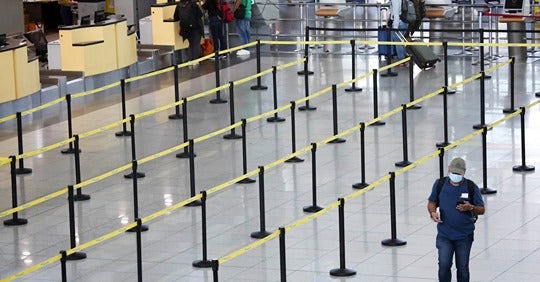 MANILA, Philippines — Ninoy Aquino International Airport (Naia) will resume international flight operations on Wednesday after being shuttered for three months because of the COVID-19 pandemic.

The Manila International Airport Authority (MIAA) said in a statement on Saturday that passengers and airlines should be aware of terminal assignments to avoid confusion.

Meanwhile, the airport’s Terminal 2 will continue to service international arrival flights for Philippine Airlines (PAL). PAL international departures are operating in Terminal 1 at the moment.

The MIAA advised travelers to check with their airlines as regards the resumption of international flights and the regulations imposed by the countries and airports of their destination.

Under current regulations, only Filipino citizens, members of their immediate families, government officials, foreign diplomats and officials of international organizations may enter the country.

Everyone arriving in the Philippines are required to undergo COVID-19 testing at Naia one-stop shops to be followed by mandatory 14-day quarantine in government-accredited facilities.