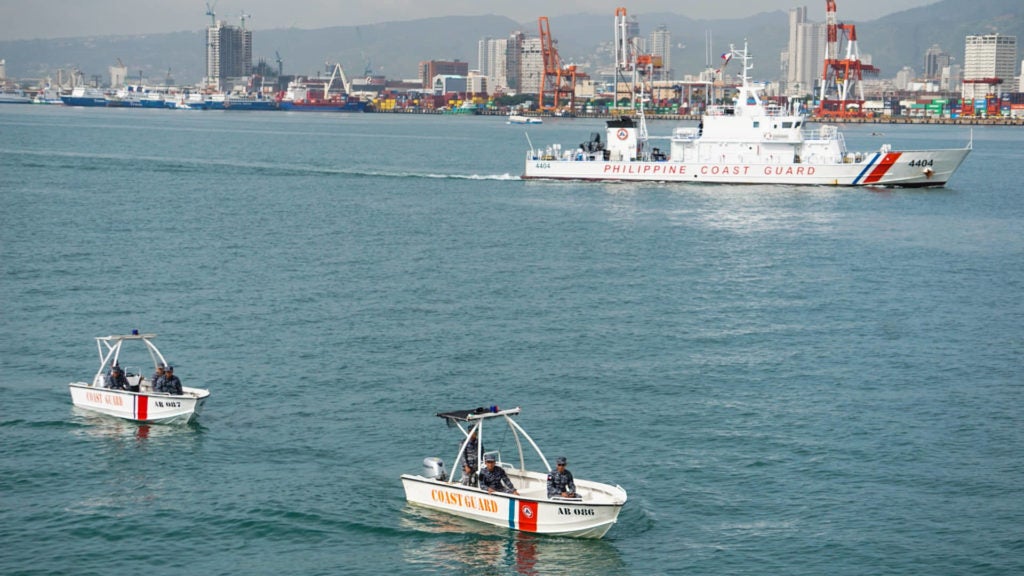 Members of the Philippine Coast Guard in Central Visayas conduct a dry run for the 2020 fluvial procession at the Mactan Channel in this January 2020 file photo.

Lieutenant Junior Grade Erick Salcedo, PCG-7 spokesperson, said the test results of the 13 personnel who are all from the regional headquarters, came in on Monday evening, July 6, 2020.

Salcedo said they conducted a mass testing in the Cebu City headquarters after 18 other personnel from different stations and substations in Cebu have earlier tested positive for COVID-19.

Among the first 18 cases, Salcedo said, were from the Coast Guard station in Mandaue City.

(It has become alarming that several of our personnel have already contracted COVID-19 so we requested for a mass testing in our regional headquarters. Apparently, 13 of our men tested positive.)

The PCG-7 personnel in Cebu City are now under quarantine in the Cebu City-run NOAH Complex at South Road Properties (SRP).

To date, a total of 31 Coast Guard personnel in the region have been infected by the virus, while two have already recovered.

Salcedo said they suspect their personnel contracted the infection while performing their duties.

(Coast Guard personnel are deployed as augmentation forces in seaports, especially during the arrival of repatriated OFWs. We are also deployed in the airport and checkpoints.)

Salcedo, however, assured that the COVID-19 infection among PCG personnel will not affect the performance and delivery of services. /bmjo