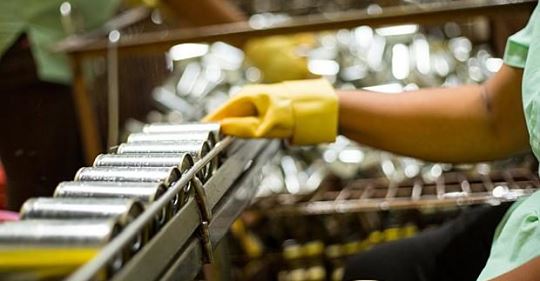 About eight million Filipinos would go jobless as the pandemic rages and while the Philippine economy reels from the most stringent lockdown in the region, slow disease containment and an influx of returning migrant workers, according to Malaysian financial giant Maybank.

In April, the jobless rate already stood at a 15-year high of 17.7 percent, equivalent to 7.3 million Filipinos unemployed at the height of the enhanced community quarantine, which put to a halt 75 percent of economic activities.

In Asean, the lockdown in the Philippines to contain the spread of the new coronavirus disease (COVID-19) was considered the most severe, scoring 100 in the stringency index of researchers at the University of Oxford.

Officials had expressed optimism that employment numbers will improve when the Philippine Statistics Authority conducts its next round of labor force survey this month, given that 75 percent of the economy resumed under less-restrictive general community quarantine beginning June.

But Maybank said that across Asean, “jobs recovery will likely be slower in this pandemic crisis compared to the global financial crisis, during which unemployment rates took around four to six quarters to return to precrisis rates.”

“Indonesia and the Philippines will likely lag in the jobs recovery, as they face longer lockdowns and are still struggling to flatten the pandemic curve. Fiscal support has been relatively small” in these two countries, Maybank said.

Maybank warned the information technology-business process management (IT-BPM) sector—the Philippines’ biggest dollar-earning industry—could be badly hit by the crisis. The industry employs around 1.2 million Filipinos, or 3.6 percent of total employment, according to IT and Business Process Association of the Philippines.“Work-from-home policies are not a viable long-term option due to concerns about data security, power outages and poor internet connectivity,” Maybank explained.

Also, “border controls and rising protectionism may hurt the Philippines given its hea­vier reliance on dependence on remittances,” Maybank added, noting the $35.2-billion cash sent home by Filipinos working and living abroad last year, equivalent to 9.9 percent of gross domestic product, would be slashed.