Who is Ruben Ecleo Jr.? 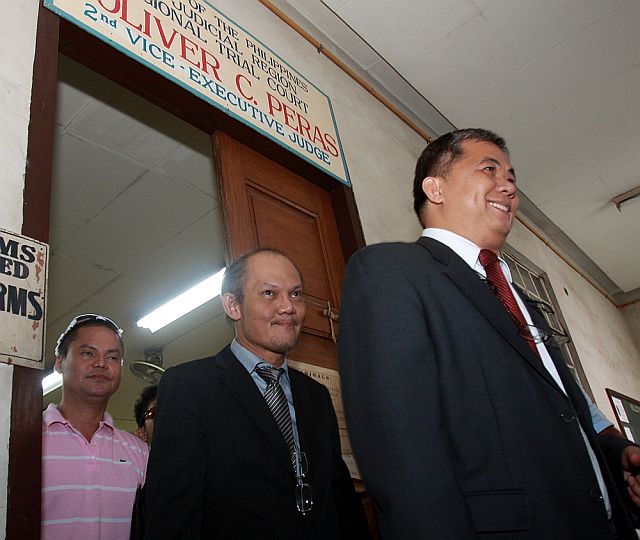 Lawyer Orlando Salatandre (right) leaves the Regional Trial Court in one of the hearings of his client Ruben Ecleo Jr. (behind Salatandre) in this October 2010 photo. | CDN FILE PHOTO

The former congressman is now in police custody after the police arrested him in Pampanga on Thursday morning, July 30, 2020, after close to a decade of eluding arrest.

Ecleo was presented to the media by Major General Debold Sinas, director of the National Capital Region Police Office, in a press conference.

The crimes he was convicted for include three counts of graft and parricide — for killing his own wife, Alona Bacolod-Ecleo.

In 2012, the court sentenced Ecleo to life imprisonment after he was found guilty of parricide for killing his wife Alona Bacolod-Ecleo in their home in Cebu City in 2002.

Alona was strangled to death by Ecleo at their home in Sitio Banawa, Barangay Guadalupe, Cebu City on Jan. 5, 2002. Her body was found three days later inside a black garbage bag dumped in a ravine in Dalaguete town, southern Cebu

Alona, who was in her 20s when she died, was a fourth-year medical student in a university in Cebu City. She ended up dead in a black garbage bag, dumped in a ravine in Dalaguete town, around 85 kilometers south of Cebu City, on Jan. 5, 2002.

Josebil Bacolod, one of Alona’s seven siblings, testified in court that Ecleo was a “drug dependent.”

Josebil, who lived in the couple’s house, said he bought “shabu” (crystal meth) for Ecleo the day before Alona was killed.

The judge, leaning on Josebil’s testimony, said Alona “had been planning for a long time to have the accused brought to a rehabilitation center, if the latter would not stop using drugs.”

Ecleo was not present when the judge laid down the verdict.

He was represented by his then-lawyer Orlando Salatandre who said he didn’t know where his client was as they only communicated by phone, according to an Inquirer report.

Ecleo was detained at the Cebu City Jail but released on a P1-million bail in March 2004, after the court allowed him to seek medical treatment for his heart ailment. 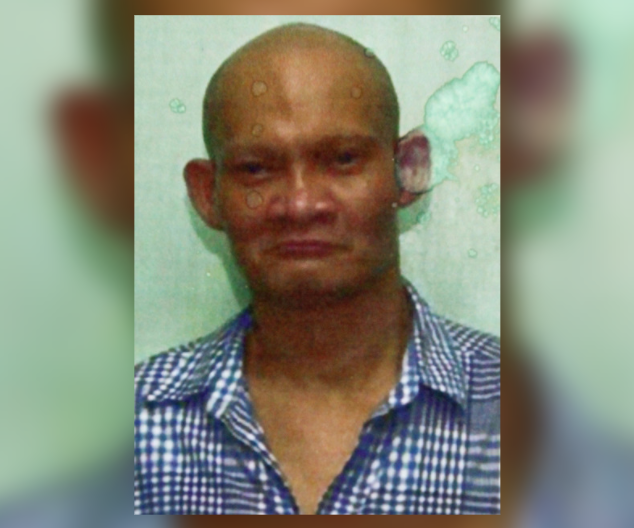 Aside from Josebil, Alona’s other brother, Ben, was also a vital witness in the case against Ecleo.

But on the night of June 18, 2002, a lone gunman massacred Alona’s parents, Elpidio and Rosalia, her brother Ben, and sister Evelyn at the family’s home in Barangay Subangdaku, Mandaue City.

The attack came minutes after Ben was interviewed over an evening radio program. A neighbor of the Bacolods was also killed during the attack.

The gunman was shot dead by responding policemen and was identified as Rico Gumonong, a security guard and a PBMA member.

Aside from his life sentence for the death of Alona, Ecleo also faces a 31-year jail term after the Sandiganbayan, in 2006, found him guilty of three counts of graft during his stint as mayor of San Jose, Dinagat Island for overpaying for the construction of two municipal buildings and for spending public funds for a women’s center owned by his group, the PBMA.

In 2012, Ecleo, who was the representative of Dinagat Island was expelled from the House of Representatives.

Then speaker Feliciano Belmonte Jr., said he gave the order despite Ecleo’s pending petition before the Supreme Court on the Sandiganbayan’s decision finding the supreme master of the Christian cult Philippine Benevolent Missionaries Association guilty of three counts of graft and corruption in three projects.

In 2017, Ecleo, who had been on the run for six years, said he was willing to surrender on the condition that his two former lawyers, Orlando Salatandre Jr. and Giovanni Mata, be disbarred and his parricide case be reopened.

Retired Senior Insp. Atilano Fabella, a member of Ecleo’s Philippine Benevolent Missionaries Association (PBMA), said in an Inquirer report that Ecleo also wants the Supreme Court to reopen the parricide case against him.

In 2014, Fabella filed disbarment complaints against Salatandre and Mata for allegedly mishandling the parricide case against the cult’s supreme master.

He claimed that Salatandre and Mata did not do their best to question the identity of the cadaver found at the ravine in Dalaguete that is believed to be Alona./dbs