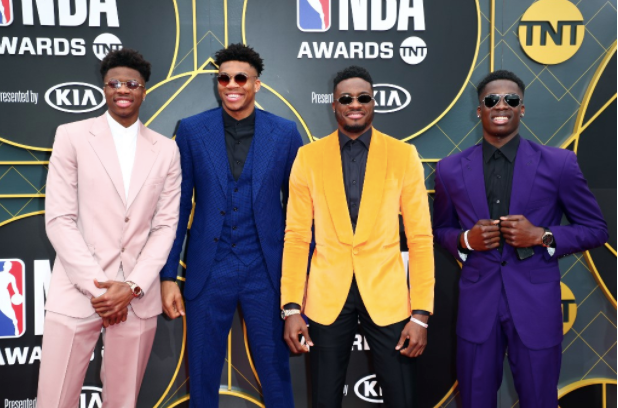 If by any chance the four Antetokounmpo brothers face each other on the basketball court, for whom would mother Veronica cheer?

NBA MVP Giannis or Thanasis of the Milwaukee Bucks, Kostas of the Los Angeles Lakers or Alexis of the Spanish club Murcia?

“Either me or Kostas as we are the youngest,” claims Alexis who just celebrated his 19th birthday.

Alexis admitted that his dream is to play in the NBA as his three other brothers.

“I talked to my family and they agreed it was the right choice to play in the Spanish league,” Alexis said.

“I decided to play in Europe as I believe that this will give me the opportunity to feel earlier the pressure of professional basketball, compete with older and more experienced basketball opponents and most importantly learn and gain knowledge from the European basketball which, I believe, will help me into my next career steps.”

Alexis said Murcia “showed their interest in me from the very beginning and seems that they are interested in helping me develop further my talent and leave me space to make mistakes in order to get better.”

He said older brother Giannis “advises me to be at my best always and this is what I aim for”.

“I started playing basketball at the age of 10. My older brothers have been a great influence on me regarding basketball and sports in general,” Alexis said in an interview with the OPAP Champions program.

He began playing at a young age for the Greek side Filathlitikos and after moving to the United States played for the Dominican high school squad in Wisconsin where he graduated this year.

Alexis made the first All Conference team back to back from 2018 to 2020 and became the youngest to reach 1,000 points.

He finished as the second highest scorer in Wisconsin history averaging 30 points and 20 rebounds a contest.

Alexis was twice finalist for the best high school athlete in Wisconsin in his junior and senior years.