Police reminds drivers: Get enough rest before driving at night 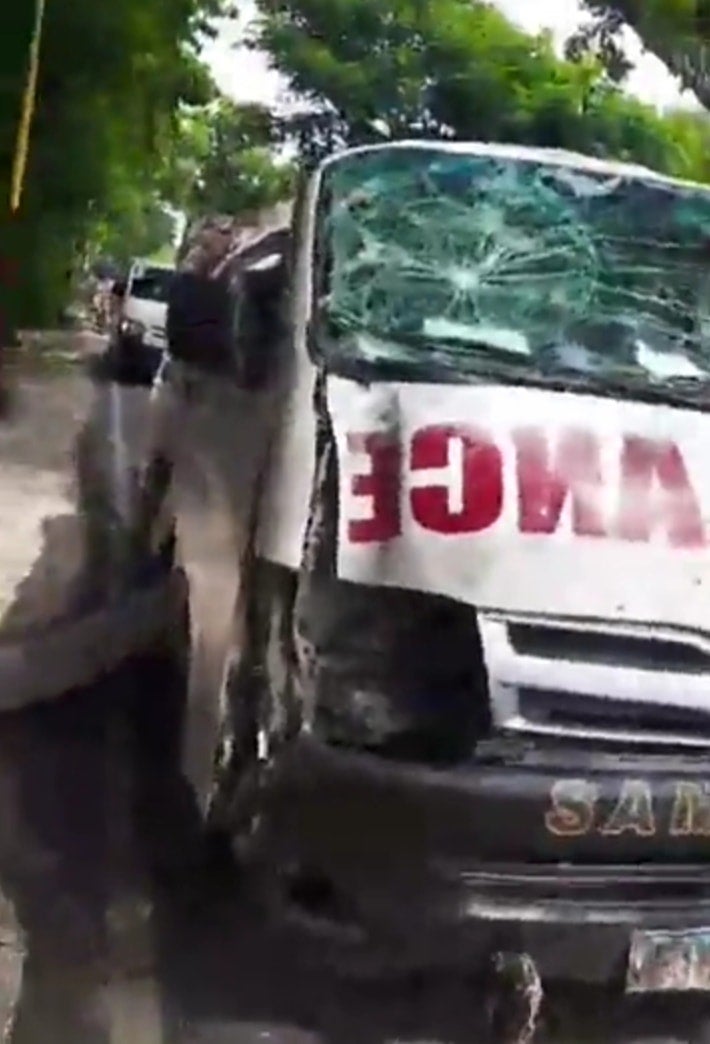 An ambulance from Samboan town in southern Cebu was damaged after it fell into the roadside gutter on Sunday night, August 2, 2020, along the highway in Barangay Liloan, Santander town, southern Cebu. | Contributed Photo

This is the reminder of policemen from the Santander Police Station to drivers after an ambulance met an accident along the highway in barangay Liloan in Santander town, southern Cebu at around 10:50 p.m. on Sunday, August 2, 2020.

No one was badly hurt as the driver only sustained minor injuries and was brought to a nearby hospital.

According to Police Master Sergeant Anthony Aba of the Santander Police Station, investigation revealed that the driver of the ambulance, identified as Robin Catipay, may have fallen asleep while driving back to Samboan after bringing a patient to Cebu City earlier.

It was learned that the ambulance, for no clear reason, swerved to the right of the road and hit a roadside railing, damaging the right portion of the ambulance of Samboan town.

Aba said that Catipay and his companion, who police wasn’t able to identify, were not badly injured and were immediately taken to the closest hospital. The damaged ambulance was later picked up by a truck from Samboan town, which is just beside Santander.

Although luckily no one was killed or badly hurt, Aba still reminded drivers not to take any chances when driving at night and make sure they get enough rest before driving.

Aba said the drivers must exercise all safety measures such as checking not only their body condition if they are fit to drive and the condition of their vehicles as well. /bmjo

Read Next
Cebu City may be on its way to recovery, says Cimatu