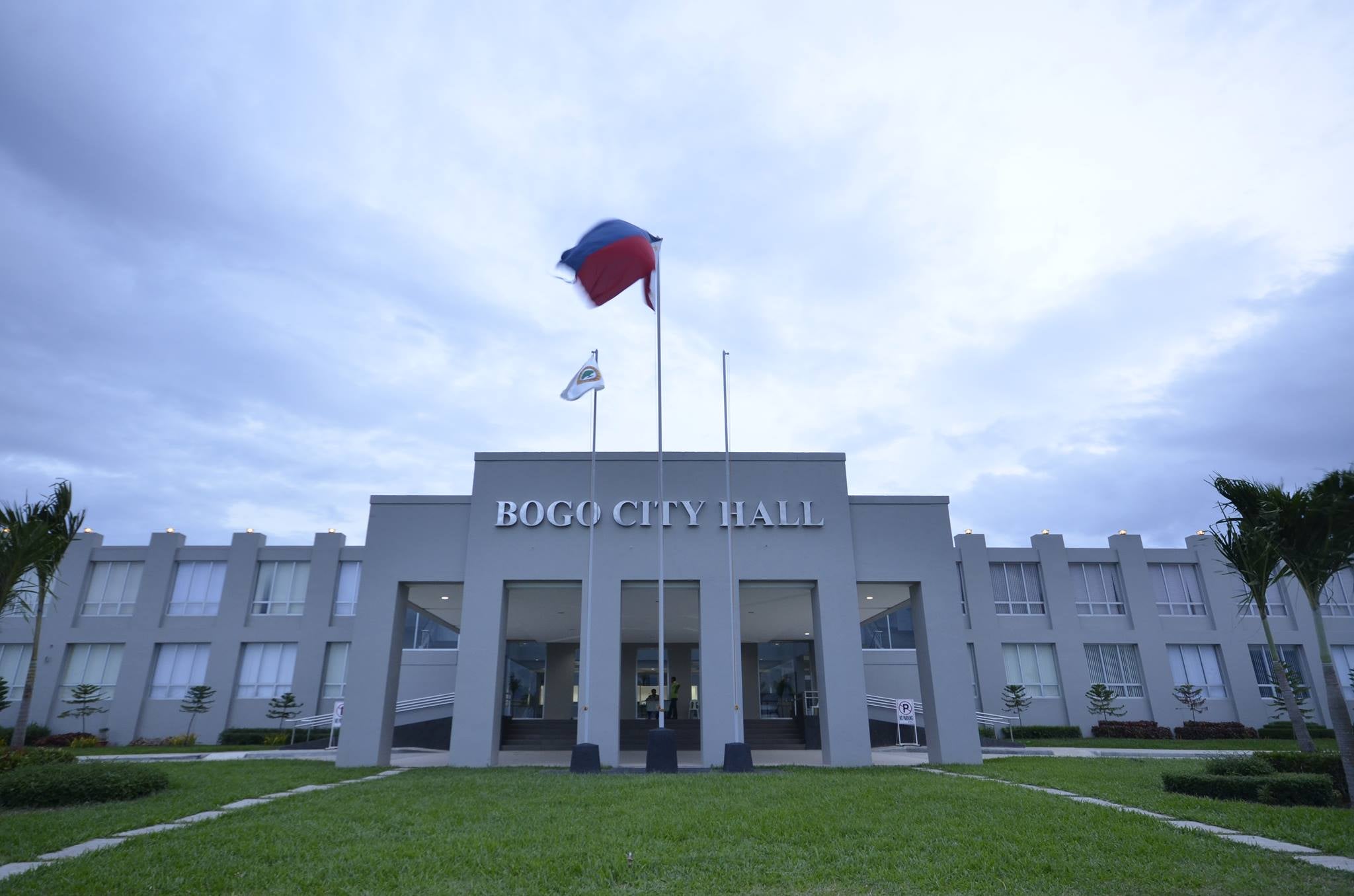 CEBU CITY, Philippines — The city government of Bogo has made it to the Department of Interior and Local Government’s (DILG) list of passers for Good Financial Housekeeping for the year 2019.

In a letter sent to Boo City Mayor Carlo Martinez dated July 31, 2020, DILG Provincial Director Jhoaden Lucero said the city has been added to the list of passers in the GFH for Fiscal Year 2019, based on the July 27-memorandum from the Bureau of Local Government Supervision  (BLGS).

This is the fourth consecutive year that the city was included in the GFH list.

“For sustaining the practice of accountability and transparency, and espousing a pro-active financial management, the City of Bogo once again made it on the list of the Department of Interior and Local Government’s GOOD FINANCIAL HOUSEKEEPING passers,” the city government said in its caption to the DILG letter. 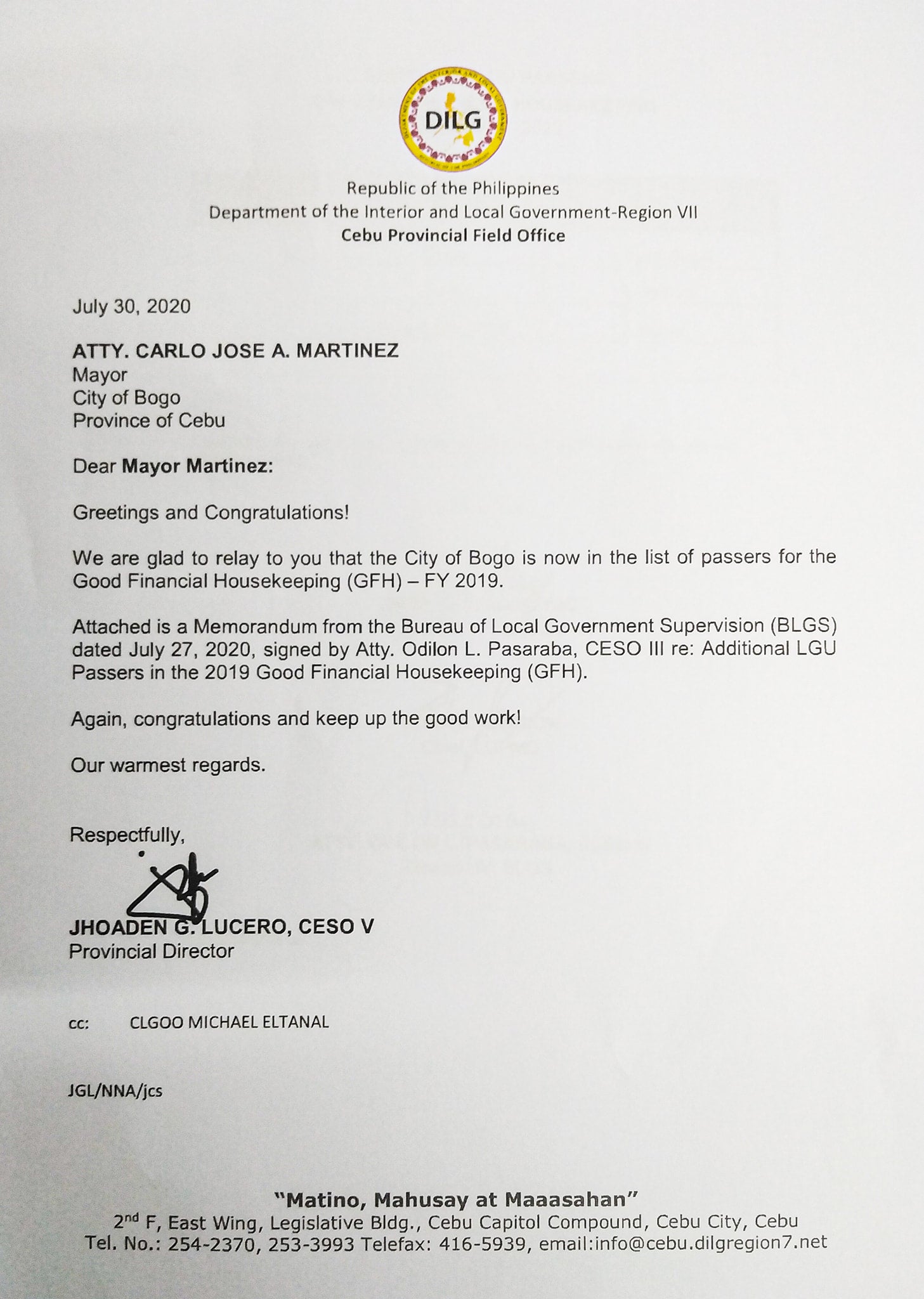 Bogo City has been added to the list of passers fo the DILG’s Good Financial Housekeeping for the year 2019.

The GFH is one of the three core assessment areas of the Seal of Good Local Governance (SGLG) that is aimed to promote transparency and accountability in the operations of LGUs.

Last July 15, the BLGS also added the municipality of Borbon in northern Cebu in the list of GFH passers. / dcb

Read Next
2 Filipinos die, 6 others injured in Beirut blasts