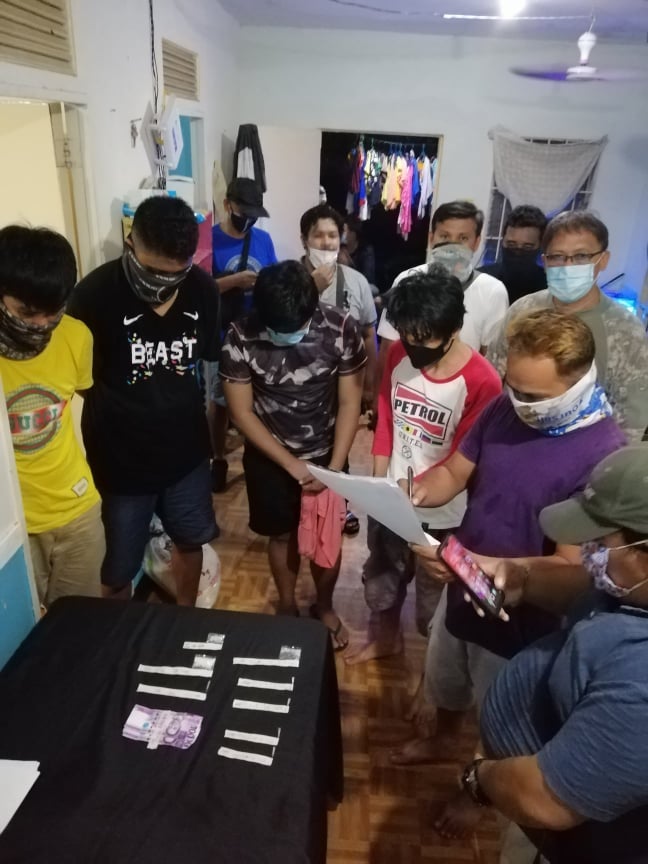 CEBU CITY, Philippines — A former player of a noted college basketball team here was arrested along with three others after they were caught in a buy-bust operation conducted by the Provincial Drug Enforcement Unit (PDEU) of the Cebu Police Provincial Office (CPPO) in Sitio Nonoc, Barangya San Isidro, Talisay City on Friday dawn, August 7, 2020.

Police identified the former varsity player as RG Guangco Rios, 30, from Barangay Tabunok. He last played in a collegiate league here in 2011.

Rios was arrested together with the subject of the buy-bust, Rolando Logroño Sarao, 38. Also arrested were John Kerby Remocaldo Matulin, 25, and Daryl Famador Gabaca, 28.

Both Sarao and Matulin were from Barangay Inayawan, Cebu City while Gabaca and Rios lived in Talisay City.

Confiscated from the operation was an estimated 12 grams of suspected shabu worth around P81,000.

Police Executive Master Sergeant Jodiel Orcullo of the PDEU said that it took them about three weeks to monitor the group before conducting the operation.

He said Sarao, the subject of the operation, could possibly dispose 50 to 100 grams a week, based on the information gathered by the PDEU officers.

Orcullo said that when they arrived, the group has just disposed most of their items.

(Only 12 grams [of the illegal drugs] was left when we arrived. Their stocks were running out)

The four are being detained at the Talisay City Police Station while a case for violating Republic Act 9165 is being prepared against them. /bmjo