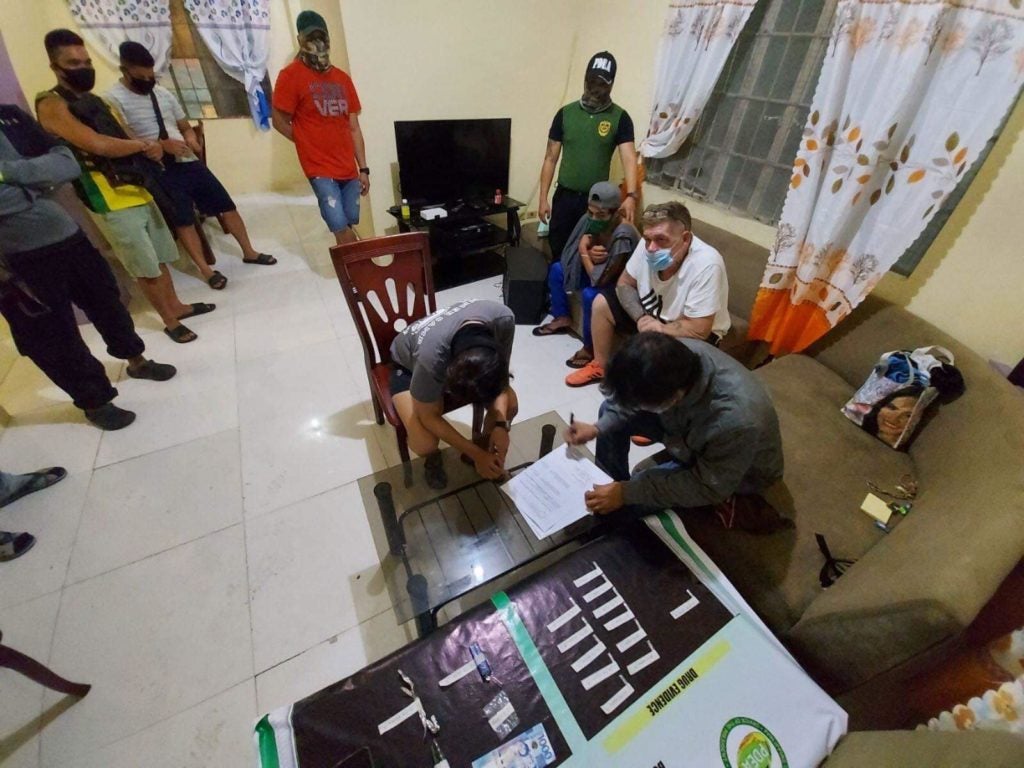 A Danish national identified as Kim Rasmussen, together with his Filipino cohort Vinz Excel Sumatra, were arrested by PDEA-7 in a buy-bust operation in Barangay Taloto in Tagbilaran City, Bohol late Thursday evening, August 6, 2020. | Photo courtesy of PDEA-7

CEBU CITY, Philippines — A Danish national and his filipino cohort are now detained at the Panglao, Bohol Police station, after they were caught in a buy-bust operation conducted by the Philippine Drug Enforcement Agency in Central Visayas (PDEA-7) on Thursday night, August 6, 2020, in Barangay Taloto, Tagbilaran City, Bohol.

The foreigner was identified as Kim Rasmussen, 55, a resident of the said barangay, while his cohort was Vinz Excel Sumatra, 23, from Booy District, Tagbilaran City, Bohol.

The operation was held in coordination with the Panglao Police Station,  Tagbilaran CPS, 702nd RMFB 7, and  703rd MARPSTA.

There were 12 sachets of suspected shabu weighing at least 2.5 grams worth around P17,000, confiscated from the suspects during the operation.

PDEA-7 spokesperson Leia Albiar said that the subject of the buy-bust was Rasmussen, after he was subjected to surveillance for five days after receiving information of his illegal activities.

Based on the cased build up, Rasmussen owns the items while Sumatra is the one tasked to deliver and collect the fees from customers.

Rasmussen is said to be able to dispose at least five grams of illegal drugs in the area per week.

Additional information also revealed that Rasmussen has been inviting women to use illegal drugs with him.

“The Danish national is allegedly enticing female locals to join in his pot sessions at his residence and take advantage of the women once they are high on drugs,” said Albiar.

A case for violating Republic Act 9165 or the comprehensive dangerous drugs act will be filed against the two suspects. /bmjo

Read Next
In Bogo City, motorcycle barrier not required among family members