Participants in Ermita ‘tigbakay’ to be charged 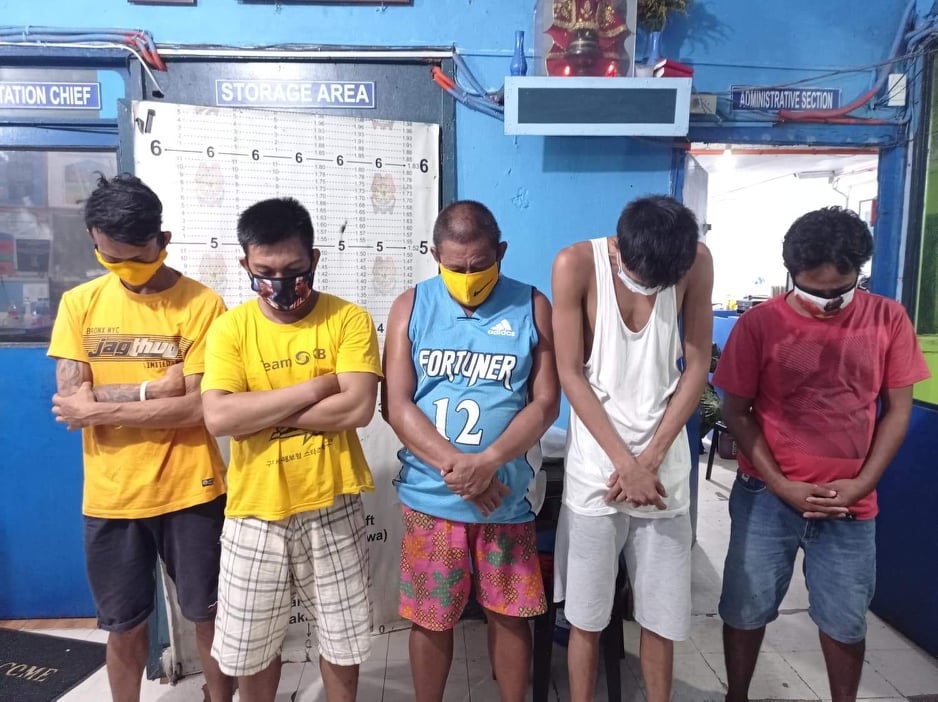 This photo from the Carbon Police Station show the five men who were among the participants in an illegal cockfighting activity in Barangay Ermita, Cebu City on Sunday afternoon, August 16, 2020.

CEBU CITY, Philippines — Charges for violating the illegal gambling act and City Ordinance 2566 are being prepared to be filed against 19 identified persons who participated in an illegal cockfighting activity, known locally as “tigbakay,” in Sitio Tumoy, Barangay Ermita on Sunday, August 16, 2020.

Of the 19 identified, only five were arrested during the operation on Sunday afternoon while the other 14 were able to escape arrest together with several more men who were in the area.

According to Llamedo, they received reports of an ongoing illegal gambling activity in the area. This was confirmed when photos of that activity went viral online.

(When those photos went viral, we conducted a follow-up operation. We coordinated with the barangay until early morning on Monday. We were able to identify 14 individuals who joined the illegal activity.)

The 14 men who were identified Monday morning will also be subjected for regular filing for violation of PD 1062  and city ordinance 2566.

Llamedo added that they have coordinated with the Barangay Ermita chief with the identification of the others who were present during the activity.

Those caught may face jail time of up to 30 days for violating the city ordinance or may be fined P1,500 for the first offense. /bmjo